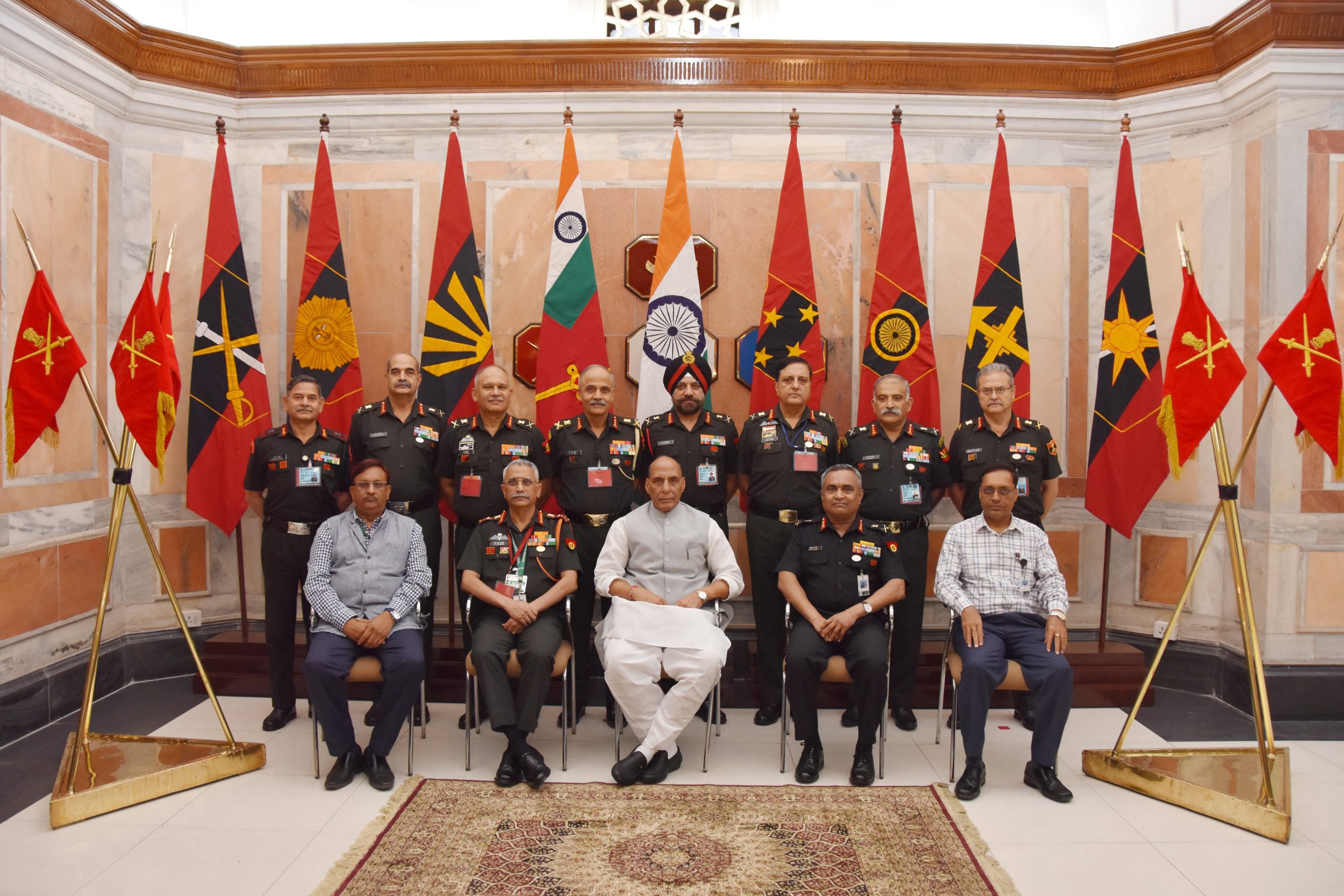 New Delhi, Apr 21 (PTI) Defence Minister Rajnath Singh on Thursday said that the ongoing talks with China for a peaceful resolution of the eastern Ladakh row will continue and that the disengagement of the troops and de-escalation of the situation is the way forward.

In an address at the biannual Army Commanders’ Conference, Singh also said that Indian troops are standing firm braving extreme weather and hostile forces to defend the country’s territorial integrity. In the backdrop of the Russia-Ukraine war, he also asked the top commanders of the Army to prepare for every possible security challenge that India may face in future including that of unconventional and asymmetric warfare.

On the process to set up theatre commands, Singh said it is the need of the hour. “The formalisation of integrated theatre command is the need of the hour and I am happy with the progress being made towards the same. I have full confidence in the senior military leadership,” he said. “The nation is proud of its Army and the government is committed to facilitating the Army in their forward movement, on the road to reforms and capability modernisation,” Singh said.

Referring to the situation along the Western borders, he complimented the Indian Army’s response to cross border terrorism when the proxy war by the adversary continues. The defence minister also complimented the Army Chief Gen MM Naravane for successfully leading the Army in the last two-and-half years of his tenure.

“Commenting on the current situation along the Northern borders, the Defence Minister expressed full confidence that while troops are standing firm, the ongoing talks for peaceful resolution will continue and disengagement and de-escalation, is the way forward,” the defence ministry said. “It is our ‘whole of government’ approach to ensure availability of best weapons, equipment and clothing to our troops braving extreme weather and hostile forces to defend our territorial integrity,” he was quoted as saying by the ministry.

Singh also noted that the present complex world situation affects everyone  globally and that “unconventional and asymmetric warfare, including hybrid war, will be part of the future conventional wars.” He said cyber, information, communication, trade and finance sectors have all become an inseparable part of future conflicts and such a scenario will require the Armed forces to keep all these facets in consideration while planning and formulating strategies.

“Addressed the Army Commanders Conference today. Complimented the Indian Army for their operational preparedness and capabilities. Exhorted the Military leadership to prepare for every possible challenge in future, including the challenge of unconventional & asymmetric warfare,” Singh tweeted. In his address, he reaffirmed the faith of the billion-plus citizens in the Indian Army as one of the most trusted and inspiring organisations in the country, the ministry said in a statement.

It said he highlighted the stellar role played by the Army in guarding the country’s borders and fighting terrorism apart from providing assistance to the civil administration whenever called for.   “I compliment the excellent synergy between the CAPF/ Police forces and the Army in tackling the menace of terrorism in Jammu and Kashmir. The synergised operations in the Union Territory of Jammu and Kashmir are contributing to increased stability in the region and the same should continue,” he said.

The defence minister also complimented the Indian Army for its operational readiness to deal with any possible eventualities. The commanders carried out an extensive review of India’s national security challenges along the borders with China and Pakistan as well as assessed possible geopolitical implications of the Russia-Ukraine war for the region.

They also focused on issues pertaining to organisational restructuring, logistics, administration, human resource management, modernisation through indigenisation, and induction of niche technologies. The five-day conference will come to an end on Friday. Singh also complimented the force for the high standard of operational preparedness and capabilities.

The defence minister also paid tributes to the personnel who made ultimate sacrifice in the defence of the country. He lauded the “significant contributions” made by the Army in military diplomacy to further the country’s national security interests by creating sustainable cooperative relationships with foreign armies.   He highlighted that “the government is focused on enhancing combat capability and ensuring the welfare of soldiers”.

He also remarked that “the policy of Atmanirbhar Bharat is a big step towards self-reliance in defence which offers a great opportunity to the Indian defence industry to meet the future requirements of the Armed Forces.”   He applauded the Indian Army for working towards this goal and remarked that in 2021-2022, Rs 40,000 crore worth of contracts by the Army are being awarded to Indian vendors.

The Army Commanders’ Conference is an apex level biannual event that is held in April and October every year. The conference is an institutional platform for conceptual level deliberations, culminating in making important policy decisions for the Indian Army. The commanders also delved into infrastructure development along the LAC.

India has been ramping up infrastructure development in the border regions in view of China’s building new bridges, roads and related structures in key sectors along the frontier.