Disaster of the Century Has No Origins! 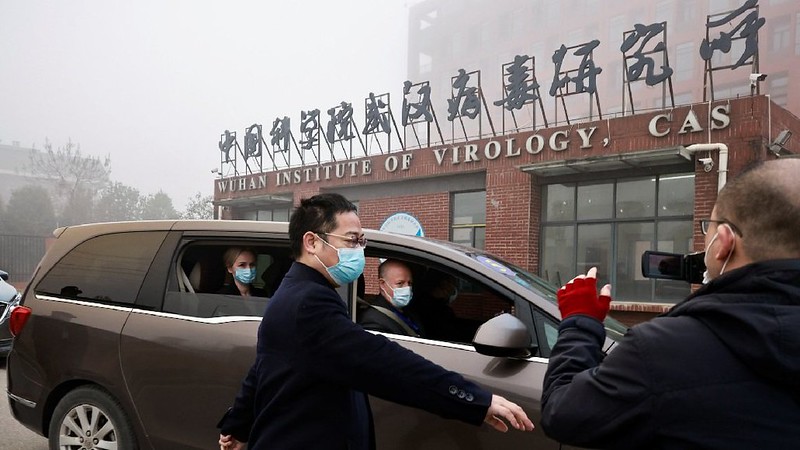 Disaster of the Century Has No Origins!

The Wuhan virus pandemic has done grave damage to countries everywhere, barring China, which is most ironical. The debate whether the virus is natural in origin or got leaked from a laboratory in Wuhan is unlikely to reach any definitive conclusion. The Chinese will never admit that it was a laboratory leak as that would damage them politically enormously, tarnishing their system which they now claim is superior to that of western democracies, stigmatise the Chinese Communist Party, sully the reputation of President Xi beyond repair, besides opening up China to massive damage claims. Trump had already put a $10 trillion tag on reparations.

If it proved to be a laboratory leak, China would have to explain why it did not alert the WHO on time, suppressed early evidence of the spread of the infection, allowed Chinese in large numbers to travel abroad from Wuhan and carry the virus to distant lands. The WHO delayed the declaration of a pandemic, because the Chinese government was suppressing the truth and was manipulating the organisation with a compliant Director General. China’s subsequent efforts to draw red herrings by claiming that it merely discovered the virus first and that its origin was elsewhere, including in South Asia, and repeatedly published reports of detecting the virus from frozen food imports from several countries, was part of its well-worked out deception plans.

To cover its tracks, China resorted to its economic clout to punish anyone that sought a transparent probe into the origin of the virus. Australia was the first victim after it sought a transparent international investigation. China decided to impose a host of economic sanctions on it with a view to making an example of a major country with which it had flourishing economic ties, so that other countries would be discouraged from supporting any such independent probe. With its economic tentacles spread worldwide, being now the biggest trade partner of most countries, and forging the Belt and Road Initiative as a powerful tool to keep most developing countries in line, China has succeeded in intimidating virtually all countries, barring the US, to not make such a demand. Even Europe is not supporting an independent probe for fear of economic costs. It is a tragedy that a disaster of the century for which the world is paying such a horrific price, sees the international community helpless even to seek an honest probe to both control the pandemic and prevent similar ones in the future.

Having shaped the discourse in its favour and put the rest of the world on the defensive on the issue of seeking explanations about the origin of the virus, China made a show of cooperation by allowing a WHO investigative team to visit Wuhan. It laid down tight conditions for the visit of the team, did not provide access to the Wuhan Institute of Virology (WIV), gave limited documentation and all this one year after the outbreak of the virus when key evidences would no longer be available and, besides, China would have had enough time to prepare its game plan to handle the WHO visit without compromising itself in any significant way. The WHO report was obviously inconclusive, especially as it had as members of the team those who were in active collaboration with WIV on virus research, including “gain of function”.

The Democrats in the US have wanted to avoid linking China to the virus in order to prevent hate crimes against its Asian American community. They have also wanted to mark their political difference with Trump who constantly referred to the Wuhan virus. While one can appreciate the social concerns behind the legislation signed by Biden in May this year to protect its Asian American citizens, it also shows how much the core issue of the origin of the virus has been socially politicised and deflected the focus away from China’s culpability. What is worse is that a variant of the virus is freely referred to as the Indian variant in the international media, despite the fact that the Indian diaspora is huge, even in the US and the UK. No social concern about associating the mutation of the virus with India seems to be weighing with western leaders or its media which, incidentally, eschews any reference to the Chinese virus. The WHO has now named the virus and its variants after Greek letters, with the Indian variant designated as “Delta”, though the western media is not observing the WHO nomenclature and still refers to the “Indian variant”. With reports that this variant is more deadly, the image of India is taking a beating, coupled with the vicious propaganda abroad against the country’s management of the second wave, aided by our own people.

With evidence building up of a likely laboratory leak, President Biden has ordered the CIA to investigate the origin of the virus and report to him in 90 days time. Unless a smoking gun is discovered, even strong circumstantial evidence and a thorough analysis of all possibilities will not conclusively prove the thesis of a laboratory leak. What could complicate the findings of the report would be the need to honestly expose the extent of collaboration of American scientists and the country’s National Institute of Health with the WIV for years, as well as of some European institutes. The lure of China seems to have been irresistible in all domains, with the Americans and the West willing to put a whole lot of eggs in the Chinese basket without regard to China’s political system, its steady rise as a competitor, and the fact of PLA involvement in the WIV. That “gain of function” research should have been carried on with China would lead to strengthening its bio-weapon capacities seems to have been overlooked. The US itself carries out such research, with Dr Fauci defending it. No wonder China is hitting back at the US for its own research in deadly pathogens and is seeking to obfuscate the debate over its own dereliction by its “Wolf Warrior” act even on this issue.

China’s lack of solidarity with the rest of the world over such a grave humanitarian crisis for which it is responsible requires solidarity amongst the victims to hold it liable one way or another, as also to bring full transparency to such deadly bio-research under international supervision and control. 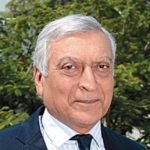 Jun 14, 2021
Allegations against China may be proved beyond doubt. The entire world may shout but China is freely moving on. Doubt if any action can be taken to reprimand China which is a bigger power now. .

Jun 11, 2021
the link sharing in the app does not seem to work properly

Jun 11, 2021
India must get most of the people vaccinated and get out this hostile situation asap. The investigation may or may not be conclusive for various factors.

Jun 11, 2021
It is already the darling of the international media as more money had been pumped into it. That alone is the reason now Modi is blamed as many countries do not have vaccine for second dose after Modiplomcy of vaccine exports and India with its second large population finds it does not have enough for its citizens. Xi is let off. WHO, with its DG an appointee who owes that to China, is very much biased in even naming the virus which it did not have with Ebola. Nothing much is likely to come out of seeking a second investigation. The article has brought out the economic clout that China has over other nations so beautifully.

Jun 10, 2021
Rise in the number of cases of atrocities over asians in western countries is an issue where the liberal internationalism of Biden administration is dying a silent death. Maybe the bio weapon is having much widespread impacts some of which will effect for larger period of time

Jun 10, 2021
Thank you Sir, very well written article . Question is will China ever face any consequences for its act of spreading deadly virus.

Jun 10, 2021
Anyone can support china for their greed,but 'Bharatvarsh' have bigger faith in ethical, democratic & humanitarian

Jun 10, 2021
I think this is the time for India and America to break this communist thought of China ,as like America done before with USSR .This is the time to bulit international pressure on China and to create internal disturbance in China( for democracy) The main thing is that China is growing in its communist regime which is good for 1.5 billion Chinese but not for 6.5 billions other . Last and least the world should show the Chinese that democracy is only best choice of gvt .

Jun 10, 2021
Its well known fact that propoganda has shifted the blame. No country is directly blaming China instead blaming other countries has started. UK Brazilian now Indian variant. Media is bribed. They write what for they are paid. Its not leak but controlled biowar. Many more are to come. This is starting.