Diminishing Role of Russia in Armenia-Azerbaijan Conflict: A Fall Out of Russia-Ukraine War? 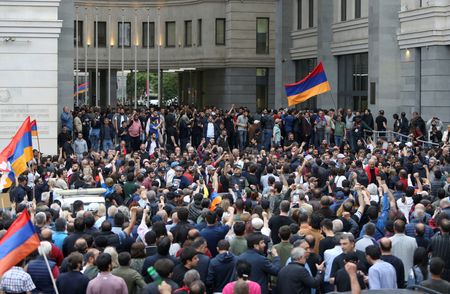 Armenia is once again facing a serious political crisis. Street protests are being held to demand PM Nikol Pasinyan’s resignation who in popular perception is on the verge of making several concessions to neighbouring Azerbaijan, particularly over the disputed Nagorno-Karabakh for which the two countries have fought at least three wars(1991-94), (April  2016) and (September  to November 2020).

Armenia and Azerbaijan are two of the fifteen former Soviet Republics which together with Georgia comprise the South Caucasus region. The genesis of the Nagorno-Karabakh conflict lies in the flawed creation in July 1921 of a Christian Armenian-populated autonomous region called Nagorno-Karabakh as an enclave within the territory of the Muslim-dominated Azerbaijan; this was done  during the incorporation of the South Caucasus in the then evolving USSR and was  done in a manner that Nagorno-Karabakh came geographically close to the Armenian Soviet Socialist Republic, but did not share borders with Armenia.

Seventy years later, in the backdrop of rising nationalism in the region and imminent fall of the Soviet Union, Nagorno-Karabakh proclaimed its independence, which resulted in a full-scale war between Armenians and Azerbaijanis (1991-94) as a result of which not only Nagorno-Karabakh but Azerbaijan’s seven adjoining districts also came under the control of Armenians.

The de-facto elected government in Nagorno-Karabakh remains unrecognised by the international community. The 11-Member OSCE Minsk Group co-chaired by the USA, France and Russia made several futile efforts to resolve the conflict for over 25 years. One of the main reasons was the disagreement over the political status of Nagorno-Karabakh. Armenians were adamant on the full independence of Nagorno-Karabakh whereas Azerbaijan was unwilling to go beyond granting some autonomy within the borders of Azerbaijan. The conflict was thus essentially between the principles of “territorial integrity” and “right to self-determination”

The 2020 War and its Consequences

Meanwhile, on the strength of its petro-dollars, Azerbaijan upgraded its defence capabilities and finally decided to settle the matter through military means by waging a war in September 2020. The 44-day long war came to an end through an agreement brokered by Russia on 9th November, 2020 which came into effect from the following day of 10th November 2020.

Armenia had also to agree to provide through its territory a transportation link between Azerbaijan and its Autonomous region Nakhichevan which at the moment is geographically separated from mainland Azerbaijan by the Armenian territory and is accessible through Iran. Most importantly, there was no formal decision taken on the political status of Nagorno-Karabakh. There is absolutely no reference to it in the agreement of November 2020. If one is to believe the President of Azerbaijan, Nagorno-Karabakh is now a part of Azerbaijan where the Karabakh Armenians could live amidst Azeris.

Armenia’s PM Nikol Pashinyan expectedly had to face the wrath of the people of his country for accepting humiliating conditions over an issue which has been highly emotional for the Armenians all over the world. However, he survived the political crisis. Perhaps both Russia and Azerbaijan managed the crisis from behind the scenes as it was important for them that Nikol Pashinyan stayed in power to implement the agreement and take it to its logical conclusions. There were voices in Armenia in favour of walking out of the agreement.

Russia was associated with the resolution of the conflict from the very beginning both in its capacity as one of the Co-Chairs of the OSCE Minsk Group and also through a parallel three-Party negotiation with Armenian and Azeri leadership. In fact, the 1994 ceasefire was brokered by Russia and thereafter Russia had often used its influence to control the emotions. It was thanks to Russia’s intervention that the “Four –Days War” between Armenia and Azerbaijan in April 2016 was not allowed to assume the kind of proportions it acquired in September 2020. Even in 2020, eventually Russia succeeded where others failed. The Americans and Europeans either made no tangible efforts or were unable to influence the course of events.

As per the November 2020 Agreement, Russia secured additional military presence in the region through the deployment of nearly 2000 Peacekeeping Forces on the Azerbaijan / Nagorno-Karabakh territory. Under a bilateral agreement, Russia already has a military base in Armenia, besides a 4500-strong contingent of Russian soldiers guarding Armenia’s borders with Turkey and Iran.

Russia has established its military presence also in the breakaway regions of Georgia namely Abkhazia and South Ossetia since its war with Georgia in August 2008. Russia thus further consolidated its presence in South Caucasus. About six months ago, in November 2021, in the backdrop of repeated border clashes between Armenia and Azerbaijan, President Putin hosted a meeting in Sochi between PM Pashinyan of Armenia and the President Aliyev of Azerbaijan and once again managed to ease the tension and motivate them to work further on the implementation of the agreement of November 2020. However, it appears from the recent developments narrated below that the EU is seizing the opportunity arising from Russia’s preoccupation with its conflict with Ukraine and NATO led by the USA, to revive its active role in the region and relegate Russia to background in the process.

The European Union Enters the scene

In the backdrop of mounting tensions between Armenia and Azerbaijan reflected in frequent border clashes and disruption by Azerbaijan of gas supplies to Nagorno-Karabakh, the EU hosted a meeting between the Armenian PM and Azerbaijan’s President (April 6, Brussels) with the participation of the President of the European Council. The concrete outcome of the meeting was an agreement to negotiate a peace deal and also set up a joint commission to settle the borders between the two countries. In pursuance of this understanding the Foreign Ministers of the two countries met on 25th April and agreed on the structure of the Commission on the delimitation of border between Armenia and Azerbaijan.

Armenia and Azerbaijan are now expected to negotiate a peace deal. Azerbaijan would like the deal to be made on the basis of five-point proposals it had sent to Armenia in early March this year. The plan calls on each side to recognize the other’s territorial integrity, abstain from threats, demarcate the border and open transportation links. However, the key issue – the political status of Nagorno-Karabakh and the ethnic Armenians – remains unaddressed in these proposals.

On 5th May, the Armenian Secretary for National Security Armen Grigoryan revealed that Armenia has submitted its own six-point proposals to Azerbaijan though he did not disclose the full contents. However his statement speaks for itself; he said : “Azerbaijan’s proposed points were not unacceptable for Armenia” –something which the Armenian PM was also reported to have said. He also added that “With its six points, Armenia proposed that there should be a resolution also to the Nagorno-Karabakh conflict for comprehensive peace to be possible. Now, our approach is that these two packages, 5+6 points, must be joined and start negotiations over a peace treaty.”

The public statements by the Armenian leadership and senior officials have been perceived by the government’s critics as a move towards further concessions to Azerbaijan, including the handover of the Nagorno-Karabakh (NK) to Azerbaijan. The widespread apprehensions are that the Armenian government is inclined to compromise on the political status of Nagorno-Karabakh and settle down for less than Nagorno-Karabakh’s full independence. As a result there are massive street protests demanding PM’s resignation.

It appears prima-facie that the EU is likely to act as the main facilitator of the talks between Armenia and Azerbaijan. It remains to be seen as to whether it would also mediate or influence the outcome. Russia at the moment is watching the developments from outside. Early April, Russia’s Foreign Minister Sergei Lavrov accused America and France of scuttling Russia’s participation in the OSCE Minsk Group as one of the three Co-Chairs and described the behaviour as “irresponsible” arising out of their “Russophobia”.

It is noteworthy that Armenia and Azerbaijan are not on the same page on the issue of continued involvement of the OSCE’s Minsk Group Co-Chairs namely USA, France and Russia who had managed the conflict for decades till the war in 2020; Azerbaijan is of the opinion that the Minsk Group is mow paralysed in view of no contacts between the CO-Chairs due to Russia-Ukraine war, whereas Armenia in mid-March was reported to have appealed to Minsk Group to initiate peace talks with Azerbaijan.  As a close ally of Russia, Armenia would perhaps feel more confident in Russia’s presence during the peace negotiations.

At this point of time, it is difficult to predict as to what would be the ultimate outcome of the peace negotiations, particularly in view of the complex nature of the issue of the political status of Nagorno-Karabakh. However, the Kremlin spokesman Dmitry Peskov’s prediction that ” the process will take a long time” is more likely to come true unless the Armenian leadership gives up on the issue of the political status of Nagorno-Karabakh as an independent entity and accepts it as an integral part of Azerbaijan in return for the status of an autonomous region within Azerbaijan, some security guarantees for Nagorno-Karabakh and a secure land link between Armenia and Nagorno-Karabakh.

If Russia fails to be a part of the process or solution, it could turn out to be a setback for Russia’s influence in the South Caucasus. 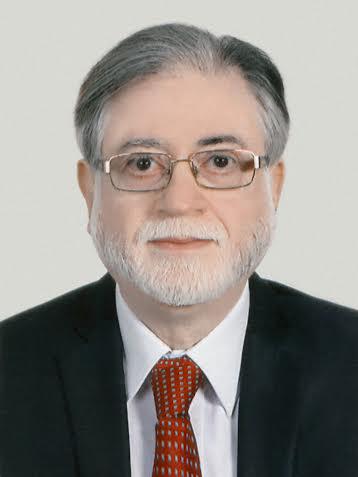