Developing Scientific Talents – A Must for India’s Development 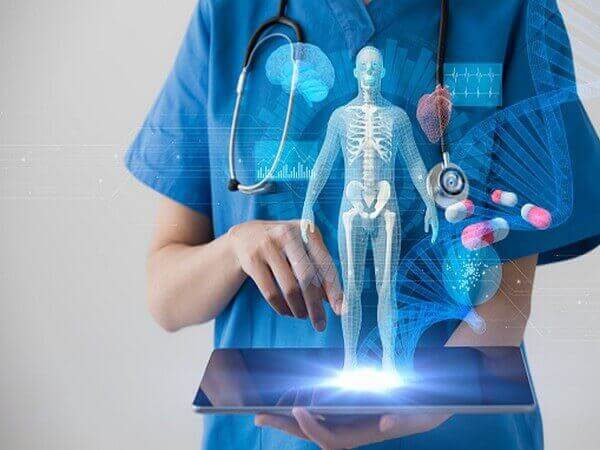 Developing Scientific Talents – A Must for India’s Development

The world is going through one of the worst periods in history due to the Covid-19 pandemic. Earlier, it was in 1918, that the Spanish Flu caused by a virus had affected the global population and nearly one-third of which was wiped out. Then it took almost 10 years to recover from it. Compared to that, today we are able to contain the spread and death rate within a short span of time, thanks to the invention of preventive vaccines and modern medicines developed within a year. This was possible only because of the advancement of science and technology over the last century.

Indian scientists also came up with the vaccines at the same time as developed countries. In fact, India can be proud that it has become a global hub for these vaccines. It goes to the credit of Indian scientists who toiled day and night and also to the political support received from the Government.

Looking back, India had a golden past during the Vedic times around the Indus valley civilization. Nearly 10,000 years back a highly civilized society evolved in this region and they possessed deep knowledge in many of the scientific principles and their application. Refined methods of agriculture, systematically developed townships, irrigation, drainage and water supply systems were the best in the world at that time. The knowledge contained in Vedic literature especially on relative movements of the planet and stellar constellation was unique. They were able to predict the occurrence of tides and eclipses comparable to what we can do with modern computers.

The development in the ayurvedic system of medicines, extraction of metals like Copper, Zinc and Iron and their use for domestic use and in weapons were first of their kind. The contribution to geometry, arithmetic and the introduction of the decimal numerical system and the invention of zero were other notable contributions. Thus, Indus valley civilization was far ahead compared to other civilizations in Egypt, Mesopotamia and China. Such innovations continued until about six century AD, when people enjoyed their freedom of thoughts and actions. Thereafter foreign invaders caused severe damage to the intellectual work in our country.

Science is all about observing nature, analyzing various phenomena and hypothesizing them to predict the future. Everything which happens in the universe is as per some well-defined law. Humankind had been pursuing to decipher such laws.

The invention of the telescope, Newton’s laws of motion, electromagnetic theory, Darwin’s theory of evolution, quantum physics and Einstein’s relativity theory were the results of this.

The British had destroyed the indigenous education system and imposed their schemes which could generate a large workforce of clerical staff and administrators. They did not encourage science education and research in our country. Virtually no inventions had taken place during this period until our independence. Of course, there were exceptions like the findings of CV Raman, Ramanujan, JC Bose etc.

The encouragements given by leaders like Pandit Jawaharlal Nehru, Indira Gandhi, Atal Bihari Bajpai and Narendra Modi in the country has made India rich in science, technical education and innovation. World-class educational institutions and research laboratories have been established, giving opportunity and encouragement to the scientific community.

Today we are second to none as far as scientific knowledge and its applications. The green revolution, atomic and missile space program and biotechnology speaks volumes about our achievements in homegrown technology. Our institutions have become a source of supply of qualified scientists and technologists for the global community.

In the mid-60s, India was importing 60 per cent of grains needed by the country. Thanks to the Green Revolution under the leadership of Dr Swaminathan, today we are producing adequate food grains to feed our population and even carryout exports.

The efforts by Dr Homi Bhabha and a team of scientists, enabled us to decipher the mysteries of atoms and had led to the development of the know-how for cracking it and using the same for energy and the much-needed atomic weapon for defending our country. Though we had started space research nearly 20 years after the developed countries, today we are on par with the global players in this field.

We have developed an indigenous capability for building huge rockets and satellites and use them for improving the quality of life of the common man. The earth observation-based resource survey and communication through satellites, has helped to revolutionize the life of Indians. The disaster prediction and warning system using space technology that is operational today, is unique and helps in minimizing the death toll and damage to property.

Our efforts to explore the nearby planets have resulted in a mission to Moon and Mars. Our Moon mission Chandrayaan-1 had placed the Indian national flag on the surface of the Moon. The data collected from this has helped in generating high-resolution maps and the most important finding was confirmation of the presence of water on the Moon. We are getting ready with the Gaganyaan, which can carry human beings to space and back.

As mentioned earlier, our contribution to the development of a vaccine for the Covid-19 speaks volumes of the knowledge and capability of our biotechnologists, as well-established laboratories and production facilities in the country. India has emerged as a global hub for the supply of vaccines.

Such developments in science and technology happened in India due to the efforts of people who studied in the country. All these examples show that wherever we had focused our efforts, we had emerged successfully. The products developed with indigenous know-how are the proof of the talents and skills of the Indian youth. We have shown to the world that we are second to none in acquiring scientific knowledge and application of the same for the benefit of the society.

Today there is a tendency for the intelligent and capable youth to take up white-collar jobs rather than pursue a scientific career. India has the largest youth population which is the largest working capital for us. To train these youth and enable them to pursue science and technology, is the most important need of the hour.

For India to further its economic growth and compete with other developed countries, building a strong foundation in Science and Technology is an absolute must. The modern education system should strive to attract the young generation to a scientific career.

Dr G Madhavan Nair is former Chairman of the Indian Space Research Organisation (ISRO) and Secretary to the Department of Space, Government of India.