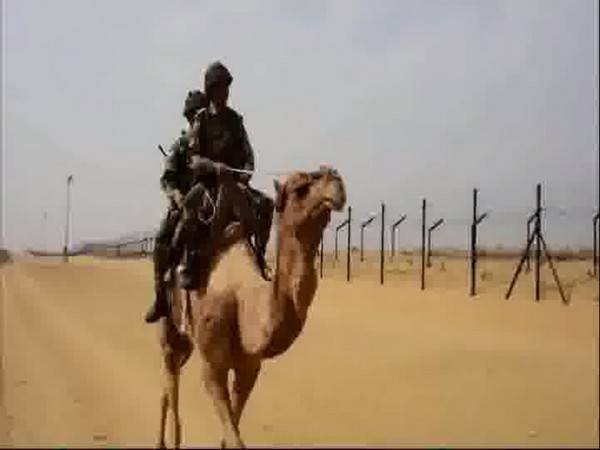 “If this nation really wants to create an effective border security, we need to have a debate that includes discussion about actual solutions to our problems, which means taking all of political grandstanding and baiting, out of the equation”, says Raul Grijalva, an American politician and democrat. Although his comments were for United States of America, it seems more apt for border security in the Indian context, considering the politics over border security and jurisdictional issues seen here.

In order to understand border management, there is need to analyse the concept of boundary and border. Boundary is the thin line indicating extreme territorial jurisdiction of a country separating it from the neighbouring country. Border denotes the area which is inwards from boundary. Border depth is based on factors like terrain, geographical location, neighbouring country’s attitude and posture, and also the local factors. In the Indian context, de-facto, boundary is in the military domain and de-jure, boundaries in the border guarding forces domain.

GOM identified perennial issues that needed immediate addressing.  In chapter V on border management, para 5.8 (d) (e) and (f) it said, “Border guarding forces need to be distinguished from central police organisations. Being more akin to the Army and different from central police organisations, which are called in aid of civil power from time to time, they need to be appropriately strengthened in terms of both equipment and manpower.  The repeated withdrawal, in large numbers, of para-military forces from border guarding duties for internal security and counter insurgency duties has led to a neglect of the borders. These forces have also been unable to perform optimally due to cannibalisation of battalions and even companies. Lack of institutionalised arrangements for sharing and co-ordination of intelligence at various levels and particularly at the field level, is a primary weakness in proper management of borders. The present tendency on the part of each agency to guard its turf, even at the cost of compromising national security interests, needs to be deprecated and put down sternly”.

Otto von Bismarck once said, “Disputed borders are continuation of war by other means”. India’s western border with Pakistan and eastern border with Bangladesh continuously remain in a state of hostility and undeclared war making these most volatile and dangerous.  Boundary disputes keep arising and sometimes lead to localised conflicts as that had happened in Boraibari wherein the Bangladesh Rifles (BDR) had killed 16 brave BSF men in 2001. Exploitation and intrusion of, and into boundary line, through state and non-state actors, is perpetuating indirect war through other means.

Drugs, arm smuggling and use of drones for such smuggling has added a new dimension to fragility of border security. Infiltration, drugs and arms smuggling, illegal immigration and cattle smuggling have become permanent peculiarities of western and eastern borders. These are facilitated by difficult terrain, under developed areas, hostile border population on both sides and uncooperative local administration. Border guarding forces have also to fight uncooperative stakeholders making border security one of the most challenging professions. Peculiarities of borders and uncooperative stakeholders make borders unstable. Instability gives fillip to smuggling of arms, ammunition and drugs, weakening the national economy coupled with indoctrination and destruction of youth. Exploitation of borders by adversary will continue given the nature of our neighbourly relations.

There is an urgent need to stabilise and strengthen borders by addressing these pertinent issues. For stability and strength, border deployment posture needs to be strong to address infiltration, arms and drug smuggling, cross border criminal activities, illegal immigration, cattle smuggling and other cross border crimes. There is also need to prevent exploitation and indoctrination of the local youth.  Attempts to destabilise borders cause internal instability through revival of militancy.

Statistics laid on the table of Lok Sabha in reply to an unstarred question on 15 Sept 2020, Minister of State for Home Affairs, Shri Nityanand Rai stated that in the last 12 months (August 2019-July 2020), there were a total of 176 infiltration attempts in Jammu & Kashmir and 111 attempts were successful. As per India news story updated on 07 Dec 2021, Minister of State for Home Affairs Nisith Pramanik in reply to LJP leader Chirag Paswan accounted for 128 infiltrations from along Pakistan, 1787 from along Bangladesh, 25 along Nepal and 133 along Myanmar border in the last three years. Adversaries are keeping a hawks’ eye to exploit border management vulnerabilities.

The border population is a major stakeholder in border management. Border population need conceptualisation as the centre of gravity in border management. Due to livelihood issues, locals generally remain in conflict with border guarding forces. The locals consider them as a hindrance in their day-to-day activities due to unavoidable restrictions and regulated movement imposed on them. Border areas are underdeveloped and economically way behind main land. Owing to various factors, miniscule percentage also indulge in smuggling as returns are very high. Concerns of border population needs to be addressed. Country needs to ensure development of border areas. A balance is required between security needs and livelihood. Recent discussions and proposals for acquisition of land ahead may not be the ideal solution.

Local administration is another stakeholder whose integration and cooperation are vital to strengthen border security. Unfortunately, state administration represented mostly by police generally remains in conflict with border guards. There is a turf war to retain supremacy, hesitation to share real time intelligence and portray border guards negatively. Attempts are made to demoralise border guards by hindering their professional functioning.

Conflict becomes more pronounced when there are different party governments in state and centre. Recently, the conflict was visible after extension of jurisdiction of BSF from 15 to 50 Kms in Punjab, West Bengal and Assam, with state administration and police in West Bengal and Punjab remaining non- cooperative.

Internal and external security environment on western and eastern borders are dictated by the adversary’s posture, which generally remains belligerent. All stakeholders need to work in tandem. However, lack of coordination has contributed in deteriorating internal and external security environment. States are reluctant to share real time intelligence with border guards concerning smuggling/ drugs and drones.

The solution to the predicament lies with Ministry of Home Affairs. It has to initiate detailed deliberations between political parties, union and state governments. This will help in integration of stakeholders, and strengthen border security. This template can be followed for Indo-Pakistan, Indo- Bangladesh border. The present jurisdiction of BSF is 50 km in Punjab, Rajasthan, Gujarat, West Bengal, Assam and covers the entire states of Manipur, Meghalaya, Mizoram, Nagaland, Tripura and the union territory of J&K.  The jurisdiction should be reduced to 20 Kms for all border states. Police powers of crime investigation related to border crimes effecting national security including filling of challan be delegated to border guarding forces. They should be made the nodal agency to exercise control over all other agencies operating in border areas.  The arrangement though unconventional and may be seen as going against the spirit of federalism be given a chance and tried in the larger interest of national security.

Annual report of Ministry of Home affairs for 2020-21 chapter III, “Border Management” para 3.3 says, “Securing the country’s borders against interests’ hostile to the country and putting in place systems that are able to interdict such elements while facilitating legitimate trade and commerce are among the principal objectives of border management. Proper management of borders, which is vital to national security, presents many challenges and includes coordination and concerted action by the administrative, diplomatic, security, intelligence, legal, regulatory and economic agencies of the country, to secure the frontiers and to serve its best interests”. 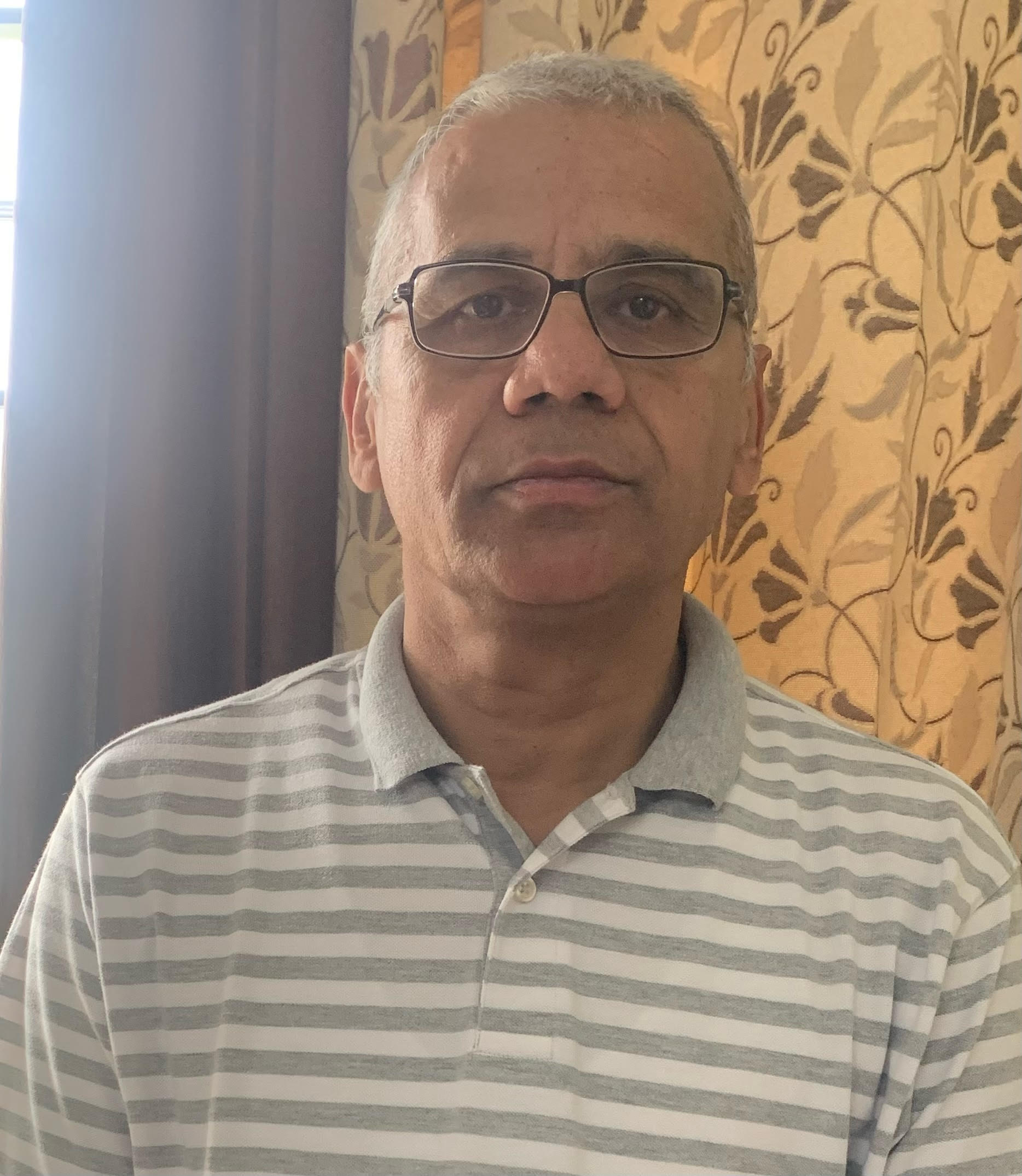 May 24, 2022
I wish we find and try to answer the core issues raised in the very appropriately brought out article Why is it that despite having a department of border management since 2004, our nation is unable to integrate other stakeholders for ensuring impregnable border security?