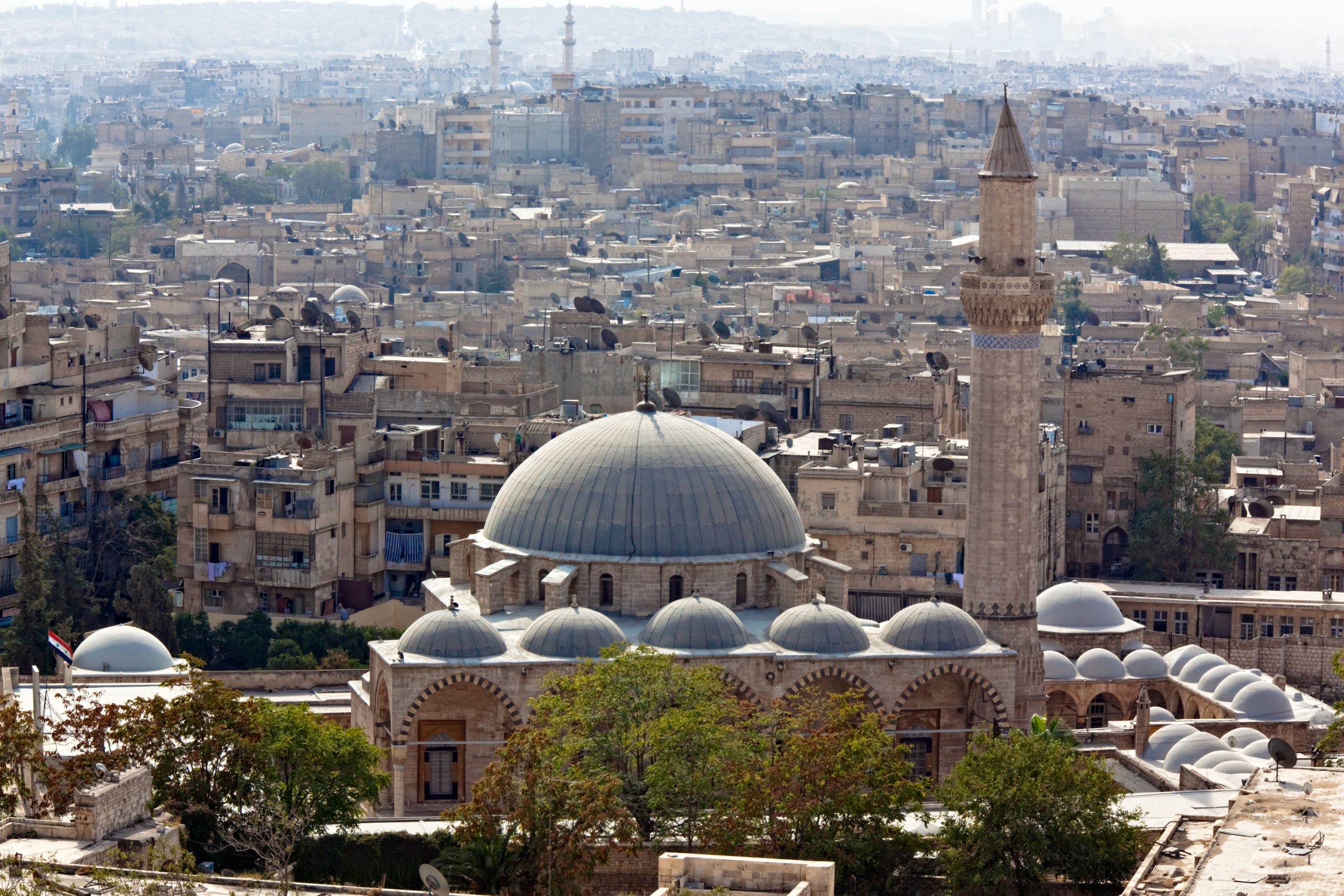 The era of traditional wars and colonization ends up in an anarchic world order. The world is witnessing scarcity of resources and collapsing of old systems of governance. A new era with traditional parameters and original state concepts equipped with new information technology and a modern war system, which requires no boots on the ground, will shape the New world order in time to come.

The Arab nation for the last century has changed from a nationhood to a statehood. The region extends from North Africa to West Asia which constitutes almost 450 million of Arabs sharing a common history and heritage, a common language and set of customs and tradition with common objectives and aspirations that have united them under a common goal and cause. The area was under the Ottoman occupation for four centuries, and then under the reign of the victorious countries of the world war; i.e., France, Britain, Russia and Italy, that these countries decided to inherit the “Sick Man” Ottoman Empire and assigned the French and British diplomats Francois Georges-Picot and Sir Mark Sykes (Sykes-Picot Accord in 1916) to divide the share among them. It was in 1917 that the Bolshevik communists, led by Vladimir Lenin, founded a copy of the Sykes-Picot agreement in the government’s archive records and Lenin called the treaty “The Agreement of Colonial Thieves” to ensure the birth of a “Jewish State” in the heart of Palestine by Britain which paved the way for achieving that by Belfour Declaration on 2nd November 1917.The region wealth, particularly the oil resources, was looted and controlled by the colonial powers and the original plan was erased and replaced by San Remo agreement and the country was colonized and divided between France and Britain which defined the shape and destiny of each Arab state. Hundreds of thousand people lost their lives struggling for independence over the years and when the Arab countries started gaining independence post World War II, they were transferred into statehood with different goals, sabotaged any attempt for unification among the Arab countries, ensuring limited nation-nurturing.

The Arab leaders flew new flags, built opulent palaces for themselves, encouraged commercial elites, and trained plenty of men in uniform with weak public institutions, fractured civil societies, and weak and iniquitous economies with meaningless economic reforms and flawed laws. Most of the countries were wracked by coups and instability, ethno nationalist and religious conflicts which aimed to use religion as a tool to achieve its political objectives. The West and USA preempted any attempt from democratic set up, and kept oil rich Sheikhdoms under their influence, mainly colonial British and USA.

The systematic destruction of modern Arab states started with the invasion of Iraq and took a big leap during the Arab Spring. The pandemic exacerbated the crisis and led to an economic growth, sharp decline and more inflation and unemployment coupled with bad governance and corruption.

When the whole world had a sign of relief for the arrival of President Joe Biden into the White House, people of Syria had no hope of the new administration knowingly that Washington’s policy toward Syria and the axis of resistance are drawn by Tel Aviv. US continues, illegally and against International laws, to occupy northeastern part of Syria, trying to create a Kurdish enclave in an area inhabited by majority Syrian tribes, denying them the right to return to their farmlands and houses, allowing the so called Kurdish Democratic Force to continue ethnic cleansing and stealing the Syria oil and gas in the rich territories denying the majority Syrians their source of living and surviving during this harsh time of pandemic and US economic sanctions under Caesar Law .

The plight of Syrians under US and its allied occupational forces continues to aggravate the situation and tighten the siege of the people, forcing them to bow to their dictates, expelling them from their houses and selling their lands to turn them into a military base for US forces that are illegally present there protecting terrorist organizations like Al-Nusra front affiliated to Al Qaeda and ISIS, both were listed as terrorist organizations by United Nations.

The external regional players are muddying in the spoil in keeping the region divided, and inciting internal fighting. Moreover, the big powers escalated the fight among neighboring countries for drawing the maritime lines with the new discovery of large reservoirs of oil and gas in the Mediterranean Sea.

Biden`s Administration is trying to redraw its policy toward the region from Saudi Arabia to Iran and Turkey. There are talks of ending the war in Yemen and checkmate President of Turkey`s expansion policy and closeness to Russia, while keeping a close eye at Israel’s dominance and security of the region to focus on China. The complexities of the burning issues in West Asia and conflicting interest of each ally of USA in the region will be a major challenge for President Biden and his team.

The new entry of China into the region has added a new dimension to the ongoing crisis and will take some time to shape this entry whether it will be military after being an economic interest after the onset of the Belt Road Initiative (BRI), especially after the economic crisis in these countries because of the pandemic. The entry of China will lead to more confrontation with the USA and the West who consider this region as their own sphere of influence.
In its part India enjoys a close and cordial relations with the Arab world for centuries and these relations have been strengthened during the cold war and India`s pivotal role in the Non-align movement. After the dismantling of the Soviet Union and emergence of a unipolar world, India was in the process of economic reforms and started using its soft powers to strengthen relations with the region in particular the Gulf States, with 14 million Indians visiting the region annually and around 8 million India Expats living there who contribute heavily to the growth and development of GCC and with more than 70 billion US Dollars revenue. India’s energy security and geopolitical proximity make New Delhi a major stakeholder in ensuring peace and stability in the region, and hence there is a great sense of urgency for India’s proactive role in the region as a peace broker. The emergence of India as a big power which enjoys a global respect and a good reputation as the largest democracy in the world, has given the ties between India and the region a momentum and further cemented and taken it to a new level during Prime Minister Narendra Modi’s leadership which has been evident in the warm reception and repeated visit by the Prime Minister and top officials.

The Contemporary West Asia and North Africa (WANA) Order, standing at an important juncture, led by regional players, like Turkey`s quest of Neo-Ottoman policy, who is romancing with Muslim Brotherhood, Israel with an expansion policy and determination to annihilate Palestine; and thirdly Iran with its anti-western powers is spreading its sphere of influence in the Axis of resistance extended from Iran to Iraq, Syria, Lebanon and Palestine. This has prompted the great powers to change the game plan. The USA will rally NATO allies to a new cold war with Russia and China in a more imbalance of the world power system.
The multifaceted crisis facing the region has been exposed after the Arab Spring and the Pandemic. There is a decline in human intolerance, low income, weakened national health system, and rise of radicalism and extremism in the Arab world which is undergoing a multiplicity of political changes which will redefine its final outlook. The traditional wars and colonization era is over and a new generation and concept of dominance is drowned in war rooms of sophisticated new technology and cyberspace .The impact will be global and the region is not an exception.

Dr.Waiel S.H Awwad is West Asia Expert and is a winner of many international awards. Many of his writing published in English and Arabic in major news papers and magazines. He is Fluent in: Arabic, English, and Hindi & Persian.

Disclaimer: The opinions expressed within this article are the personal opinions of the author. All information is provided on an as-is basis. The information, facts or opinions appearing in the article do not reflect the views of chanakyaforum.com and it does not assume any responsibility or liability for the same.

Apr 10, 2021
You have rightly brought out that India has the capacity and capability to keep a balance in West Asia (I shall write soon on this subject). As far as colonial powers and their injustice is concerned, there is always some insider who opens the door. Today West Asia is opening the door to China, and you would witness colonialism of a different kind.