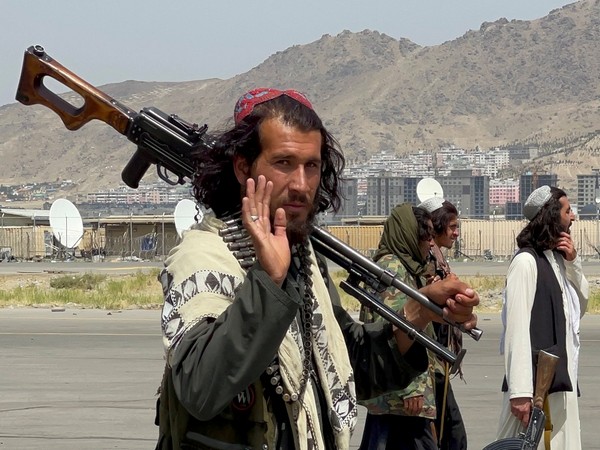 The news that the Indian ambassador in Doha had held a meeting with the head of the Taliban political office in the Qatari capital has led to a flurry of comment on the airwaves and social media. Some Indians are outraged, others smug, and still others trying to make sense of what is happening. But quite clearly, most of the reactions are a little over the top because everyone is getting a little ahead of themselves. Simply put, establishing contact and keeping lines of communication open can in no way be construed as endorsing or according legitimacy to a person, group or regime, much less giving official recognition.

One of the unwritten rules of the game is that spies, diplomats and journalists should never refuse to meet anyone, even someone quite abhorrent. There are of course caveats to this rule, but those are for another time. The meeting in Doha isn’t the first time any Indian official has met someone from the Taliban side. There have been a number of occasions in the last couple of years when contact has been established with the Taliban. But those meetings were kept under the wraps and never officially acknowledged. When questioned, the Ministry of External Affairs would respond in a very ambiguous way by saying that the government was in touch with all stakeholders in Afghanistan. This time however the MEA has issued a press release to announce the meeting. Clearly, this is a signal to all sorts of players that the government is not shy of opening contacts with the Taliban.

But to extrapolate from this that India is moving towards according official recognition to the Taliban regime is far-fetched. This meeting is not “the beginning of a beautiful friendship” that some might be imagining it to be. Far from it, for now, both sides are most likely using the meeting for tactical and transactional purposes: India needs to extract her citizens, as also religious minorities and Afghan friends who are seeking refuge in India; the Taliban want to present a reasonable face to the world because they desperately crave international recognition and probably see India as an important country to woo. Because of his stint in the IMA, Sher Mohammad Stanekzai is seen as an ideal person to make the outreach to India.

Recently, Stanekzai has said all the right things about India, not just in his official address laying out the broad foreign policy contours of the Taliban’s Emirate, but also in a few interviews. The IMA connection is useful to evoke nostalgia – most Indians are suckers for it. But it is important to not get taken in by the sweet nothings that Stanekzai is whispering in Indian ears. The same Stanekzai wasn’t exactly enamoured of India, and not too long back accused India of playing a negative role in Afghanistan for 40 years.

In any case, the Doha political office of the Taliban has been saying many things to many people, and giving assurances that sound like music to the ears of the ‘international community’. But most of these assurances are being violated on the ground in Afghanistan by the Taliban military commanders and foot soldiers.

While India will not be averse to keep channels of communication open with the Taliban, it is highly unlikely that India will rush into according recognition to the Taliban any time soon. For now, like most other countries India remains in a wait and watch mode. A lot will depend on whether or not the Taliban walk the talk on cracking down on the terror groups inside Afghanistan. Equally important will be how the Taliban behave in their own country. If their regime is a redux of the 1990s, then it will remain isolated, a pariah regime. India wouldn’t want to break the international consensus and associate with such a regime.

But India’s policy on Afghanistan should not be contingent on what the US decides, not anymore anyway. Even if the US and some of its allies decide to recognise and engage an unreformed, unreconstructed Taliban using ISKP as an excuse, India shouldn’t hesitate to shun the Taliban; conversely, if the Taliban actually deliver substantially on their assurances and address India’s concerns, then even if the US and its allies don’t engage the Taliban, India should. But all of that is still some distance away.

One meeting, and perhaps there will be more going forward, should not make people jump to wrong conclusions. Objective criteria that serve and protect India’s national interests, and not romantic or nostalgic notions, and certainly not specious arguments of not wanting to get isolated on Afghanistan, should decide whether or not India will recognise the Emirate.

Sep 04, 2021
India needs to be careful here , because China will waste no time in jumping in , irrespective of who is in power you need to remember that India has always been a true friend of Afghanistan from independence to the time of USSR all the way till last administration.Plus we have a common enemy which is Pakistan. you want your Kashmir we want our Durand line to be removed to create the Greater Afghanistan.

Sep 03, 2021
Sir, India should continue to play active and construtive role in Afghanistan and with a long term plan completely focussing on our national interest irrespective of its governing body. Well planned foreign policy backed by economic and military cover, Afghanistan can be our greatest asset to invest upon with more deeper influence.

Sep 03, 2021
@elizabeth dunn I agree that Taliban isin't the type of organisation to have civilised dialogues/ negotiations with but the need of the hour and hence our utter priority rn is to evacuate our fellow Indians stranded in Afghanistan. Soon after our fellow Indians land on our soil, we shall rightfully take a tough call against Taliban and it's oppressive regime. Surely though, had Mr Trump been the POTUS rn, he and our PM, Mr Modi would have handled this in a joint effort. Let's hope for the best and prepare for the worst.

Sep 02, 2021
I can't agree here. There is no possibility of negotiating with stone cold killers. Since my president seems unable to understand this, the civilized world certainly needs PM Modi to step up to the plate and threaten them as our beloved Donald Trump did. We need you now more than ever.