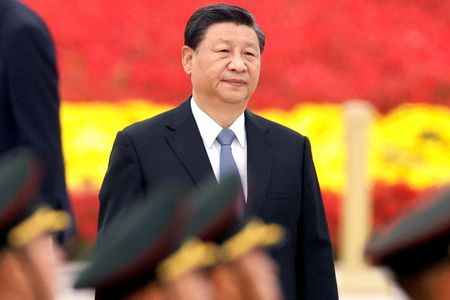 Global problems require global solutions is an oft quoted truism.  It is equally a fact that notwithstanding the acquisition of ever increasing economic and military power and the spread of one’s influence to countless countries the unbridled ambition of some nations in this world has yet not been satiated and the world been dragged onto a tinderbox. Cataclysmic events could be consequently just round the corner.  Among the most formidable challenges afflicting the world and our region that are proffered by the latest global hegemon, unmistakably imperialistic in its orientation, are China’s growing objectives.

If the world led by the US and other western countries and Asian nations led by India and Japan, South Korea, Philippines, among others, do not synergise their national and geopolitical interests with sincerity and alacrity— this world will have much to be sorry about.  The list of Chinese peccadilloes and wrongdoings in recent history is truly large enough and on the ascendant!

Notwithstanding China’s vehement denials at being the architect of the greatest tragedy the world has witnessed, since World War 2, that is the COVID-19 pandemic which has caused unimaginable misery and suffering to humankind—- nearly 5 million fatalities world-wide and the world suffering from an economic depression—the worst since the Great Depression in the 1930s. The world must  take note that the advent of the Corona virus was either a Wuhan laboratory accident or a deliberate exercise in Beijing’s biological warfare experiments where they had, in particular, the US, Europe and India as their main targets That they also had a US virology institute funding, around 7 million dollars for  virus research  deepens the mystery of this crime against humanity.

Since Jan 2020—the advent of this catastrophic pandemic—with the attention and efforts of the world to combat this pandemic within their own countries— China unabashedly indulged in muscle-flexing at many places in the pursuit of its hegemonistic ambitions.  It will be worthwhile to recount Chinese peccadilloes in just the last two years in the region :

(a)  China has challenged the independence of Taiwan by deliberate military transgressions over its airspace, provocative movements by the PLA Navy and today Taiwan is the latest and a dangerous global flashpoint. China is showing all the signs of a military take-over. If the US, in particular does not take appropriate military prophylactic measures, the world will have much to be worried about.

(b)  China promulgated the National Security Law for Hong Kong for its complete take-over. The turbulence, violence and resentment in the people of Hong Kong owing to Chinese high-handedness had to be seen to be believed.

(c)   In nearby Bhutan, China is now claiming all areas upto the Sakteng wild life sanctuary which is 100 kms inside Bhutan——the aim is to open the underbelly route to facilitate the capture of Tawang. That only recently China has forced Bhutan to sign a treaty with it to demarcate the Sino-Bhutan border is fraught with danger to Indian security in the coming years.

(f)  Importantly, China once again rejected the International Court of Justice ruling as regards the EEZ around Spratly islands being awarded to Philippines.

Coming home, India and China relations since the 1950s have been beset with serious border problems which exist between the two nations—some blame could be apportioned to the baggage of history. India has never shared any borders ever with China in its long history but with Tibet. The British also never resolved its borders with Tibet and when they departed from the subcontinent in 1947, they left behind a festering unresolved border problem.

Apart from the serious border problem with the Chinese, the 1962 War where the Chinese managed to capture large tracts of Aksai Chin territory in India’s Ladakh region—38000 sq kms or so– the 1967 Nathu La clash and later the 2013 Chinese transgressions in Depsang, in Chumar in 2014 and Doklam near the Bhutan border in 2017, the Chinese have been continually indulging in their well perfected “salami-slicing tactics”. Their serious transgressions in Eastern Ladakh after April 2020 in the Depsang Plains, Galwan Valley, Gogra, Hot Springs and Pangong Tso areas clearly reveal their evil intentions in Eastern Ladakh where there maybe differences in perception as regards the LAC but there was relative peace and tranquility between the two nations especially since 1993 —after which five protocols have been signed between the two nations to prevent armed clashes among the troops.

The Galwan Valley clash between the troops of the two nations needs to be remembered to learn our lessons from Chinese perfidy. This unprecedented violence shattered 45 years of peace and tranquility on the LAC. Subsequent to this clash, many meetings have been held among the senior commanders in Eastern Ladakh to demarcate the LAC properly but no progress has been made.

The Chinese appear to have malafide intentions to nibble more of Indian territory in the northern portions of Eastern Ladakh (the Depsang, DBO and Karakoram Pass areas) as this region has its own strategic ramifications being the gateway to Siachen Glacier area besides providing depth to the Chinese KK Highway. What has also been irking the Chinese also is India’s recently completed strategic Darbuk–Shyok–DBO highway which anyway is well inside the LAC.

The US Department of Defence in their Annual Report 2021 have revealed that in India’s Arunachal Pradesh in Subansiri Division, the Chinese in a disputed piece of land have built a 100 houses village —a serious development which India must factor in for the future as this pattern can be followed by the Chinese as part of their “salami-slicing” tactics.

As mentioned earlier, the world and India has to synergize their strategies, resources and multi-faceted endeavours to counter the global hegemon. As the US which surely is facing the heat from China’s unabashed efforts and a declared mission to replace the US as the sole super- power by 2049—- the US has to get its act together which unfortunately it does not appear to be doing so.

Before I come to the measures to contain, manage and rightly confront China, let’s be clear as to Chinese strategy towards India. China’s strategy remains to keep India boxed into the South Asian geopolitical landscape and importantly ensure problems between India and Pakistan are kept alive and intensified—–the Pakistanis will never learn anyway unfortunately.

All Indian PMs have endeavored to improve relations between the two Asian giants. PM Narendra Modi despite the Doklam  stand-off in Sep 2017 engineered by Chinese has zealously striven to improve relations and thus met President Xi Jinping dozens of times —–as of today the much publicized Wuhan bonhomie and the Mahabalipuram spirit has unquestionably evaporated for good.  President Xi has over the years grown into a bully, over-ambitious and symbolic of growing Chinese hegemonistic tendencies all across Asia.

Though India naturally has to fight its own battles and surmount all challenges confronting it, India must energize global efforts to combat China’s growing expansionism all over the globe—- owing to  paucity of time let me just touch upon some essential steps without going into any explanations as they are easily understandable. Some of these are :

Recognise the Tibet govt and Uighur govt in exile—- the UN and all civilized nations must devise a common strategy to strongly condemn and contain Chinese  genocide in Tibet and Sinkiang provinces . Isn’t it equally amazing that the Islamic Ummah, the OIC and well-to-do Islamic nations are keeping quiet about Chinese atrocities among the poor Uighur Muslims. The Chinese are also destroying the ancient Tibetan culture and the world is doing nothing about it.

Speedily and strongly strengthen the QUAD and AUKUS. The QUAD must also be expanded to include other Asian nations who are suffering from Chinese bullying tactics in diverse ways and be given a military orientation too. India must take the initiative to re-invigorate the QUAD and make it a viable workable institution.

Naval and other military units of the US must register a strong presence in the waterways/ islands close to Taiwan to send a strong message to China of the global community’s determination to uphold Taiwan’s independence. Navies of other nations, including Indian naval units must also carry out non-provocative exercises across the Taiwan Straits which anyway is an international waterway. The US and QUAD not adequately responding to China’s bullying tactics in this expanse will only upset the balance of power in the Indo-Pacific. The US must come out more forcefully to support Taiwan remaining independent.

The WTO must identify China’s corrupt and monopolistic trade practices. The G 7 nations, in particular, must cut trade by 50 % with China and introduce a new tariff regime to match Chinese trade machinations.

UN must book China on environmental and pollution issues.

China considers HK, Taiwan, South China Sea, Uighur camps and Tibet to be its core issues that are essential for its survival—- the world especially the US must take adequate steps to hit at its core issues   .

China unleashing another pandemic cannot be ruled out. Thus the global community must remain ever vigilant with regards bio-warfare and bio-terrorism programs. In the latter version, it is difficult to identify the culprits.

India must evolve a sound, do-able economic strategy to counter China-India trade which is heavily weighted in China’s favour by over $ 60 billion. Importantly, we must take measures domestically to improve ourselves as an attractive destination for global supply chains and global value chains.

India must diplomatically caution countries in our neighbourhood and otherwise on the nuances of China’s “debt-trap” diplomacy. Under the garb of building infrastructure in the poor nations for which they float loans, Chin’s loan-terms are nothing short of financial blackmail.

China over the years has developed tremendous capabilities in all aspects of IW, manipulation of the cyberspace, export of embedded technologies in hi-tech electronic components around the world incl in a large measure to India. We need to be extra vigilant and improve our preparedness in our capabilities in IW, cyberspace, quantum computing, AI etc.

An emerging domain for warfare is outer space— China since the last few years has been making concerted efforts for expertise in space warfare, anti-satellite weaponry. Advanced nations including India must take steps to meet this challenge by synergetic endeavour.

When the time comes for a new Dalai Lama to be positioned, the entire world must ensure that Tibetans are allowed to select/elect their Dalai Lama. The Chinese are already working to identify a pro-China lama to pursue their interests.

India’s time of reckoning is now—- we must take all steps to ensure the status quo in Eastern Ladakh. It will be worthwhile to remind the Chinese that Nathu La in 1967, Wangdung, Sumodrong Chu in 1986 when the Indian Army carried out Exercises Falcon and Chequerboard,  Doklam in 2019  and now in Galwan on 15 June 2020—-the Chinese were administered a taste of their own medicine—the Chinaman is not 10 feet tall—-they only understand the language of strength and India has no other option.

The civilized world and India now carry a huge responsibility of confronting and managing China’s hegemonistic tendencies. Convergence of strategic interests must be endeavoured and cohesive, well thought policies embracing the political, diplomatic, economic and military measures must be amalgamated to combat China– the ascending global scourge. An ostrich-like attitude of burying one’s head in the sand must give way to a firm no-nonsense policy towards China. Let India also show the way for its own security as also concern for the human values the world represents. 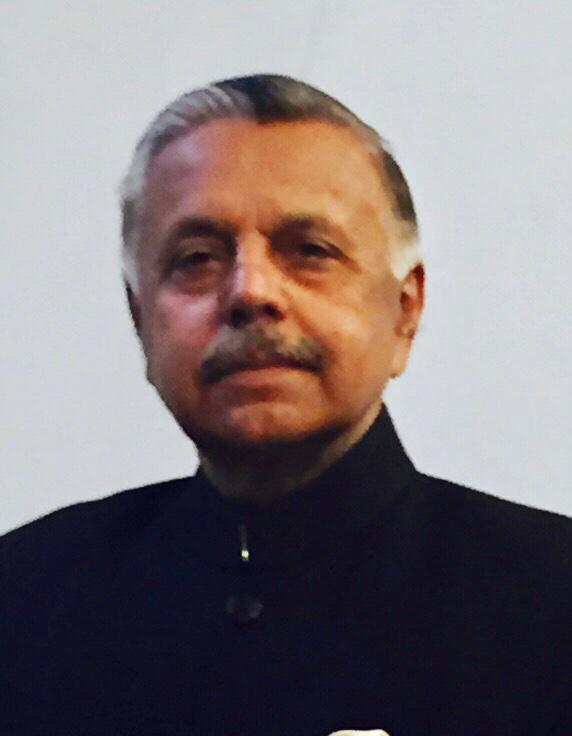