Conflict over Oil and Gas in the 21st Century: Is India Prepared? 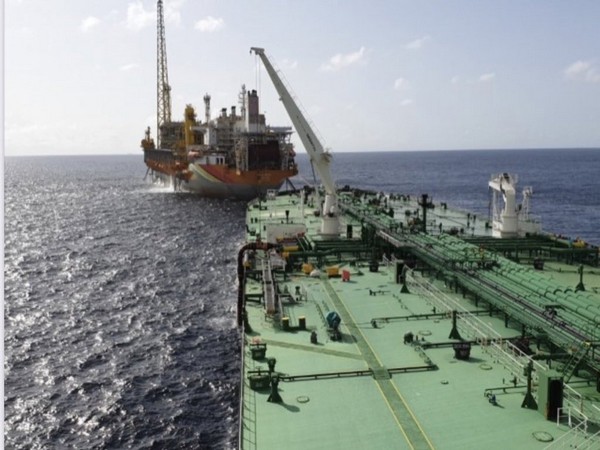 Two primary strategic assumptions dominated the last few years of the twentieth century. First, that the global economic fulcrum is slowly but surely tilting away from the industrialized west to the east, particularly towards Asia. The 21st century is predicted to be the Asian Century. The second assumption is that regional and global conflicts in the 21st century will primarily emanate from food and water security issues. Since the total supply of both these commodities is slated to be lower than global demand, the scramble for these basic human needs will lead to war.

We are now well into the third decade of the 21st century. The first postulate about economic clout shifting eastwards is still on track. However, food and water security issues seem to have taken a back seat thus far in this century. Of greater strategic importance to the global comity of nations facing the Covid 19 pandemic, climate change and very recently, the Russia-Ukraine conflict, are healthcare, energy supplies (primarily oil and gas) and supply chain resilience.

Despite the concerted move towards clean energy supplies and usage, as reflected in the commitments made by various countries at COP-26 in Glasgow in late 2021, global energy supplies are dominated by the not so clean hydrocarbon sources of oil and gas. The continuing importance and dominance of oil and gas in the global energy mix is highlighted by the huge disruptions in the supply of these two commodities with the outbreak of the Russia-Ukraine conflict since the last week of February 2022. The major energy themes currently are disruption of supplies from Russia to its European customers (payment in roubles, non-payment issues, etc), increasing restrictions being imposed by the US and some of its allies on sale/purchase of Russian origin oil and gas, and the EU’s proposal to wean itself away from its dependency on Russia oil by the end of the year.

Oil and gas are clearly dominating the economic, energy and strategic security of nations around the globe. Those who have a surplus of these assets are not unwilling to use their clout to regulate global supplies and prices, while the majority of nations are deficient and need to keep importing higher volumes of oil and gas to meet their industrialisation and lifestyle needs, often at skyrocketing prices, over which they have no control.

Such a haves versus have-nots situation and scramble for the liquid gold and more recently gas has been directly and indirectly responsible for conflict among prospectors, oil magnates and nations since the first oil wells were discovered in Texas more than a hundred and fifty years ago. Since the middle of the 20th century, the scramble for resources among nation states, particularly for fossil fuels have caused conflict time and again, and is leading to global security and economic instability.

In a study conducted at the beginning of the last decade, it was estimated that at the then (2004) rate of increase of production, global oil supply would last about 40 years and natural gas about 61 years. While the world is trying to wean itself away from its dependency on oil and gas and other fossil fuels for its energy needs, with the switchover to cleaner and renewable sources of energy, it is a fact that the pace is slow and that dependency on oil, gas and coal is still very high. The desire for coal assets is not as high as that of oil and gas primarily because coal is considered the ‘dirtiest’ of the lot, with increasing parts of the globe switching off from this fuel source altogether, and the rest of world reducing its share in their energy mix.

Secondly, the 2004 study showed that coal deposits will last the earth at least, at the then rate of increase in consumption, for another 227 years. Thus, the abundance of coal has not led to conflict situations, unlike oil and gas, which have been the underlying cause of wars since the 1932-35 Chaco war between Bolivia and Paraguay. World War II was an energy-induced conflict from the time Germany raced towards the oilfields of Azerbaijan (second oldest oil fields after Texas), but was successfully stopped from capturing the same by Soviet troops. Japanese aggression in the Dutch East Indies too was in part impelled by its desire to capture rich sources of oil and gas.

In the post-World War II era we have had a series of conflicts attributable at least in part, to the desire of a country or a tribe to seize or control its adversary’s oil and gas assets, both producing fields and distribution systems. These include, the 1980-88 Iran-Iraq war, the 1982 Falklands war, the US intervention against Iraq in 1991, which had seized Kuwait including its oil assets, and the civil war in Sudan from 1983 to 2005, which led to the breakaway of the oil rich southern parts of the country to form the world’s newest country, South Sudan. Soon after the birth of the new country, it was caught in a conflict situation with Sudan, since the latter controls the pipelines needed to evacuate South Sudan’s crude oil output to the Red Sea ports. The ongoing civil war in South Sudan between incumbent President Kiir and his former political partner and Vice President Machar, is as much about tribal differences, as it is about control of the country’s oil assets by the ruling tribe which is fiercely opposed by the tribe headed by Machar.

In Nigeria, the fact that its rich oil and gas assets have not benefitted the vast majority of its peoples has facilitated the creating of a fertile recruitment ground for the Islamist Boko Haram, which continues to destabilise this resources rich country. The IS/ISIS which was at its peak in the middle of the last decade, occupied key oil producing areas of Syria and oil refining facilities in Iraq. Without its access to this oil wealth and the revenues it generated being surreptitiously sold through middle men, the ISIS could never have reached the pinnacles of its power as did earlier in this century.

In the South China Seas, most of which the PRC considers at its own, control of the land and territorial waters by China in spite of other claimants like Vietnam, Philippines, and Taiwan, is fuelled by the estimated 23-30 billion tonnes of oil and 16 trillion cubic meters (TCM) of natural gas available in this region. These figures were cited in a Xinhua (official Chinese news agency) report of 2014.

The current Russia-Ukraine conflict which has seriously affected global oil and gas supplies and prices, has its genesis in the 2014 stand up between the two countries, when a pro-Moscow Ukrainian leader was ousted from power, leading to a sharp turn towards the EU and NATO by the former Soviet Republic. Ukraine does not have significant fossil fuel reserves but is a major transit route for delivery of Russian natural gas to Europe.

In the ongoing struggle, identity politics has come to play a prominent role, with leaders on all sides appealing to national and ethnic loyalties. Energy nevertheless remains a major factor in the equation. In the past, Russia has turned the tap off on supplies to Ukraine on pricing and payments issues, leading to disruptions and economic consequences for users in western Europe, particularly Germany.

In 2022, fearing the worst from its dependency on Russian oil and fuel supplies, and goaded by the US to punish Russia for its invasion of Ukraine since February, the EU is forced to devise strategies to wean itself off from Russian oil supplies totally by the end of the year and to decrease offtake of Russian natural gas, substantially. This is easier said than done given the contradictions within the EU. However, the ongoing conflict in Europe reinforces this paper’s basic contention that dependency on oil and gas continues to fuel conflicts well into the 21st century.

We live in an energy-centric world where control over oil and gas resources, and their means of delivery, translates into geopolitical clout for some and economic vulnerability for others. While ethnic and religious tensions may provide the political and ideological fuel for these battles, it is the potential for mammoth oil profits that keeps the struggle alive. So long as the oil keeps flowing, the belligerents have the means and the incentive to keep fighting. Someday perhaps, the development of renewable sources of energy may invalidate this dictum. However, until that happens, or the world runs out of oil and gas, those with surplus quantities of oil and gas will continue to debate if it is a bounty or a curse, and those who are dependent on its imports will crave to escape from its stranglehold.

While India has made great efforts to boost its renewable/non-conventional energy production from hydropower, nuclear, solar, wind, biomass and even from forays into hydrogen, this is still a small fraction of its growing commercial energy demand, fuelled by high economic growth and rising prosperity of its people. Hence, over 81% of India’s energy supplies comes from the three fossil fuels – coal, oil and natural gas (2018 figures). In 2003-04, India imported nearly 65% of its total oil requirement and 30% of its total natural gas requirement. By 2021-22 these figures had risen to 85% and 45%, respectively.

Some projections indicate that by 2040, India will be 90% dependent on oil imports and 60% dependent on natural gas imports. Due to rising oil and natural gas prices in the global energy markets, India’s import bill for oil is estimated to have touched $ 100 billion in 2021-22 and another $11.9 billion was estimated to have been spent on import of LNG. India is the third largest importer of oil and the second largest importer of natural gas.

In perspective, India’s energy security is vulnerable to regional and global events, because of the growing reliance on external sources. Resource conflicts are and will be one of the main types of conflicts in the future. Oil and gas conflicts will likely remain the basic underlying cause of conflict, at least till the middle of this century. India may not be directly involved in such a conflict as its energy resource of abundance is coal, which is not the cause of such conflicts in the past, and unlikely to be so in the future. Moreover, due to its reluctance to get involved in conflict situation outside its territorial claims, India is unlikely to wade into an oil and gas assets grabbing mission, even though it is critically short of oil.

Therefore, what can India do to mitigate the adverse geopolitical and geoeconomics situation it finds itself in. Measures that the country can take are:

“Oil fuels military power, national treasuries, and international politics” according to Robert Ebel of the Centre for Strategic and International Studies (CSIS), Washington DC in 2002. Unlike an ordinary trading commodity, oil and increasingly gas, is a determinant of well-being, of national security, and of international power for those who posses this vital resource, and the converse for those who do not. National leaders across the globe need to pay heed to this truism and position their country’s energy security policy and posture accordingly. 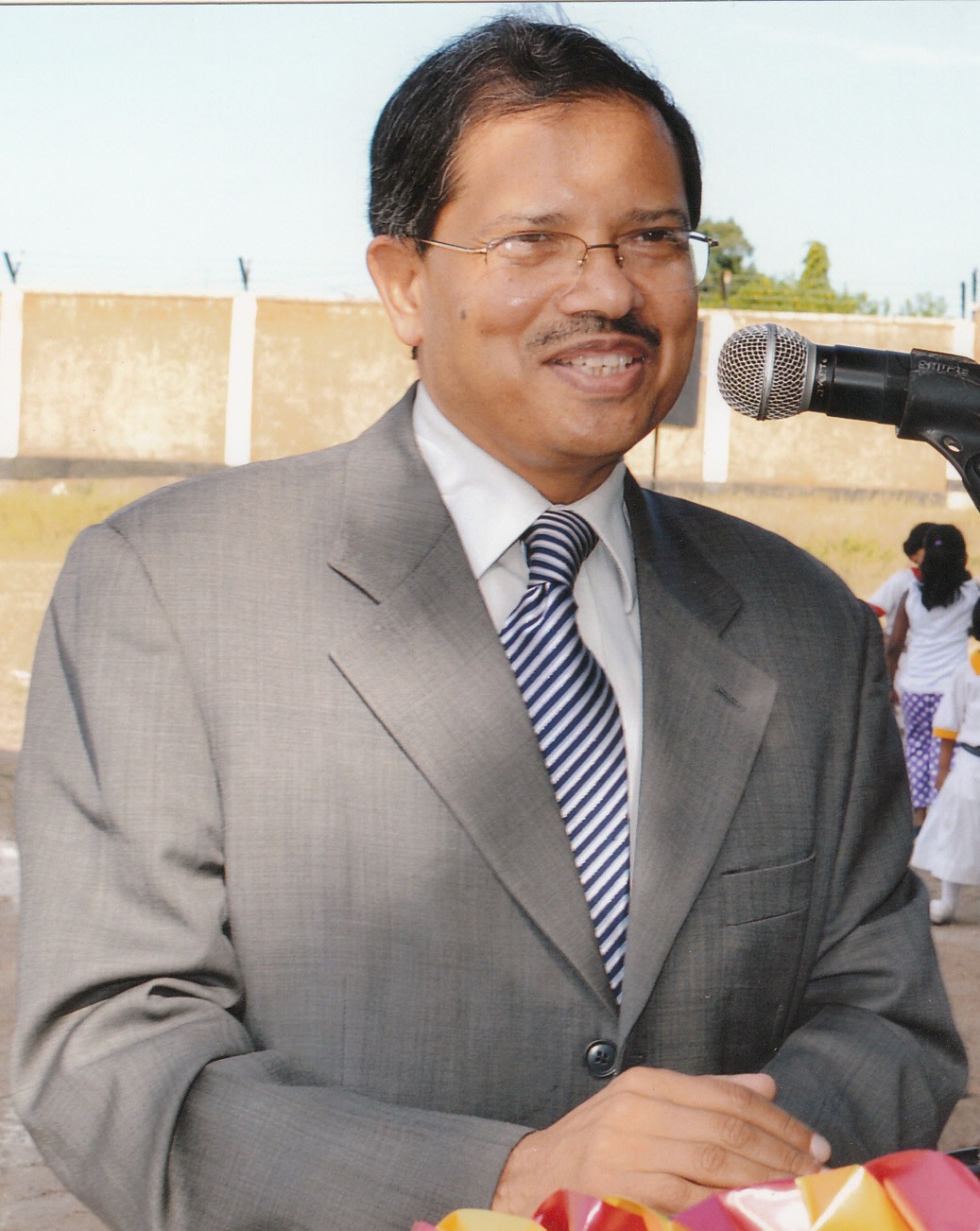 Debnath Shaw joined the Indian Foreign Service (IFS) in 1984. He served in Indian diplomatic missions in Hong Kong, Beijing (twice), Bonn and Dhaka. He was Joint Secretary in the Ministries of Defence and External Affairs, respectively. He served as Ambassador of India to Azerbaijan. He was High Commissioner of India to Tanzania.  He was a visiting fellow at the South Asia Programme of the Center for Strategic and International Studies (CSIS), in Washington, DC.