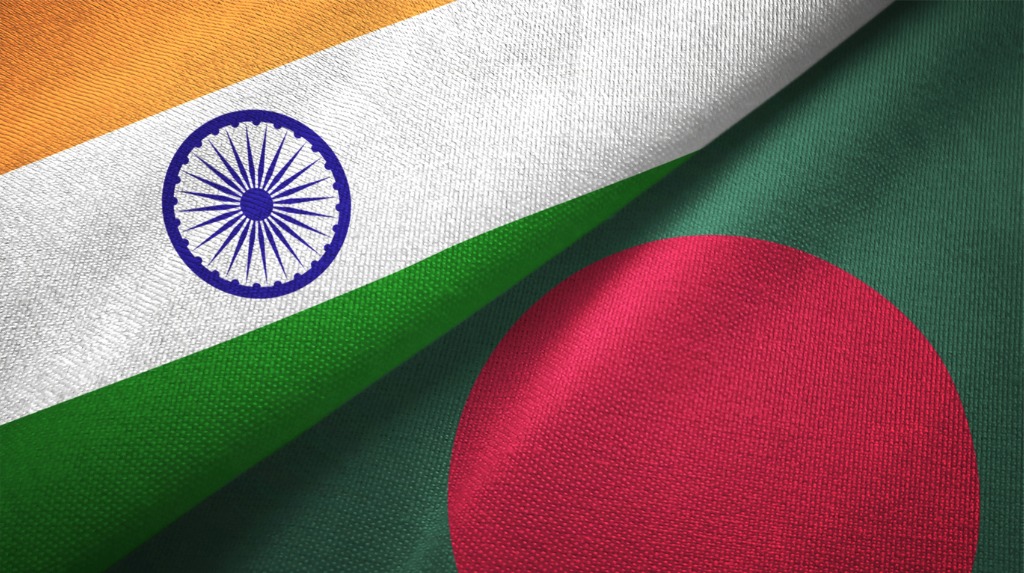 Symbolically it was an emotive moment and a superb achievement when the musical notes of   ‘Jana Gana Mana’ and ‘Amar Sonar Bangla’, the national anthems of India and Bangladesh respectively, were struck by a Bangladesh Forces military band at the welcome ceremony for Prime Minister Narendra Modi at Dhaka airport on 26 Mar 2021. The new generation of Indians and Bangladeshis perhaps did not realize the significance of the national anthems of both nations being played together; they were both written by one great personality, Gurudev Rabindranath Tagore. Tagore epitomizes Bengali culture which has somehow remained the dominant force in Bangladesh and the Indian state of West Bengal, much against the forces of religious ideology. Sheikh Mujibur Rehman, or Bangabandhu as he is known, used the power of culture to fire up the nationalism of the people of erstwhile East Pakistan to resist all attempts by West Pakistan to dominate them. When the West attempted to steal the legitimate right of the democratically elected Sheikh Mujib to form the national government of Pakistan in 1970 events moved at breakneck speed resulting in the infamous ‘Operation Searchlight’ launched by the Pakistan Army on 25 Mar 1971. The genocidal action against the Bengali intellectuals, leaders, youth and women led to the war of independence finally resulting in the creation of the independent state of Bangladesh on 16 Dec 1971. India which extended all assistance to the people in their hour of need played a specially stellar role finally employing its Armed Forces to defeat the Pakistan Army in a 14 day war which saw the full capitulation of Pakistan’s four divisions and the surrender by 93000 prisoners of war.

As an 18 year old I braved a cold morning in Jan 1972 to welcome Sheikh Mujibur Rehman on his release and arrival in New Delhi. Hearing him speak it was inevitable that the destinies of India and Bangladesh were intrinsically tied to each other. It was unfortunate that a turn of events led to his assassination in 1975, just four years into his leadership. Bangladesh underwent a turbulent period of struggle within itself leading much of the world to declare it a virtual basket case. Plummeted by vagaries of climate change, its terrain conditions and geographical location neutralized most of its gains due to devastating disasters. Yet Bangladesh under the leadership of Sheikh Mujibur Rehman’s daughter, Sheikh Hasina Wajed has withstood and emerged from long years of internal turbulence and brought about a semblance of political stability, quite effectively neutralized efforts to take the nation down the radical ideological path, strengthened its institutions and turned round the economy in no small way. Bangladesh has surpassed India in per capita GDP and leads human development indices in several fields among all nations of South Asia giving it the potential to be another ‘Asian Tiger’. In terms of effects of disaster it has employed science and technology and committed itself to reduction of risk loss to life and property. From half a million lives lost in the 1970 super cyclone Bangladesh lost just over 4000 people in a 2007 cyclone.

It was only appropriate that Prime Minister Narendra Modi traveled to Dhaka to be the guest of honour at Bangladesh’s 50th anniversary celebrations of the declaration of independence by Sheikh Mujibur Rehman on 26 Mar 1971. The posthumous conferring of the Gandhi Peace prize on Sheikh Mujibur Rehman by India is a befitting gesture of recognition of Bangabandhu’s contribution towards peace. That his daughters, including Prime Minister Sheikh Hasina, received it from the hands of the Indian Prime Minister added even more lustre to the occasion.

The transition from the bonded status of East Pakistan to the proud and independent country of Bangladesh was for India a geostrategic and geopolitical achievement. Hardly do people realize that at 4096 kilometers the India Bangladesh border is the longest international border in India. Military threats from this sub region could have considerably enhanced India’s threat profile keeping in mind the existence of the Siliguri corridor. There was a period of uncertainty when border/water disputes, allegations of harbouring of anti-India elements, trends towards radical extremism and a general abhorrence of everything Indian existed. It prevented the emergence of a transformational relationship something which was expected after the way India and Bangladesh cooperated during the latter’s freedom struggle in 1971. Perhaps India took too much for granted and failed to facilitate the building of the relationship. Our post conflict handling after 1971 did actually leave much to be desired as was evident from the various failures of the Shimla Agreement with Pakistan in 1972. We released 93000 Pakistan Army prisoners without any guarantee of resolution of J&K.

I served with officers and troops of the Bangladesh Army in the United Nations in 1994-95. I found them fiercely nationalistic and proud but a tad disappointed with India. It’s something I could not put my finger to. Perhaps they perceived India to be working far too much in the ‘big brother’ mode and not according to their nation the pride of place it deserved. I think the two nations were low on mutual trust even as late as 24 years after 1971. It is to the credit of Prime Minister Sheikh Hasina that under her leadership since 1996 a far higher degree of trust has been established between India and Bangladesh. In fact people in India trust her as much as they trusted her father Sheikh Mujibur Rehman. This has helped correct the course and except for a few aberrations the course has held.

India and Bangladesh have been blessed to have forward looking leaders at their helm who focus on development and retain a balance between faith, culture, governance and prosperity. Given the kind of course the world underwent through the tumultuous period after 9/11 the existence of radical ideology and its manifestation into violence in Bangladesh may have adversely affected India’s North East and our comprehensive security. On a visit to Dhaka a few years ago I was categorically told that Bangladesh’s religious ideology is essentially Sufist just like that of Indian Muslims. Home grown radical elements from the days of the struggle for independence have made efforts to emerge from time to time but have been dealt with adequately. Bangladesh handled the ISIS indoctrination rather well and the sole ISIS terror attack at Gulshan saw a most professional response by the Bangladesh Army. Bangladesh has been assisted in this field by the existence of its secular credentials guaranteed by the Constitution.

One of the major reasons for the turnaround in India- Bangladesh relations has been Sheikh Hasina’s handling of the issues related to extremism, terrorism and sanctuaries to militant leaders of North East India. In each the stamp of her firmness has been evident with no remorse against the homegrown radical elements that have been in existence right from independence. To add to this has been the attitude of the Bangladesh Armed Forces which too have been a sharp contrast to their progenitors the Pakistan Armed Forces. Overcoming pressures towards promotion of radical ideology the Forces have continued to respect secular belief and non-interference in the affairs of the State. Allowing institutions to be built and letting the government run the affairs of the country, has led to the surge in the economy and control over the rising population figures. The Forces have found excellent professional opportunity in international peacekeeping. They are the leading contributors to the UN DPKO and have mastered the ability for quick mobilization when the UN needs formed troops in a hurry.

Recently perhaps the most enlightening commentary on India-Bangladesh relations has come from Gohar Rizvi, Prime Minister Sheikh Hasina’s Foreign Policy Advisor. A charming individual to converse with, and having a wealth of knowledge on geopolitics and social dynamics, Rizvi’s stance on India’s CAA/NRC is clear – that its India’s internal affair. He accepted that some Bangladeshi citizens may have crossed over to India and Bangladesh would be willing to take them back as long as due process was followed. Rizvi cited the example of the Rohingyas, a million of whom were evicted from Myanmar into Bangladeshi territory worsening relations.

India’s quest for better relations with its immediate neighborhood has not been as successful as it would like it to be. However, India-Bangladesh relations have been witnessing an upward curve of positivity. The issue of sharing of Teesta waters and of almost 56 other rivers is something which may prove tricky with the state of polity in West Bengal. It’s something which needs to be overcome through continuous consultation and compromise. Maximalist approaches will not work in this and the improving trust must be used for effect. Bangladesh as the hub of India’s ‘Look East Policy’ must also be co-opted for the rapid development of the North East through better transit and transportation arrangements. The Maitri Setu bridge over the Feni River should see more such trade corridors emerge. Eventually an integrated and interdependent North East India and Bangladesh connected to South East Asia through rail and road is the answer to the development of the region which will contribute towards much greater stability in the relationship.

Lastly, it may have been too much to expect but an ideal way forward in the subcontinent would have been the presence of India, Bangladesh and Pakistan together at Dhaka on such a day. Forgetting the past is what General Qamar Bajwa has suggested to India. Perhaps he should have initiated it by going to Dhaka and apologizing to the people of Bangladesh.

Lt Gen Syed Ata Hasnain, former Commander of Indian Army’s Srinagar Corps, focuses on trans-national and internal conflicts in Asia and the Middle East with particular emphasis on issues revolving around Radical Islam. He was largely responsible for the humanization of internal conflict through the concept of the ‘Hearts Doctrine’. He is the Chancellor of Central University of Kashmir and speaks extensively at Indian and international institutions on a wide variety of subjects revolving around strategic affairs and leadership

Mar 31, 2021
Sir the society they have created especially in past 40 years (since first afghan jihad) it will take a long process of deradicalisation of the society and nation as a whole to take this kind of initiative which is equally acceptable. The latest example of this is death of famous Pakistani Maulvi Khadim Hussain Rizvi.

Mar 29, 2021
A very lucid and enlightening first hand account of the aftermath of creation of Bangladesh and how Bangladeshis feel about this adventure out of arrogance or ifnorance of facts. Having missed to make a bargain for resolution of Kashmir problem in exchange of 93000 Pak soldiers.India committed a great blunder indeed. It may be said to be an action of great military commission with an equally great blundrous political omission.Regards .Jai Hind.

Mar 28, 2021
"Big brother mode", made me sit up As expected he compiles this article full with rich content

Mar 27, 2021
A wonderful and noble thought. Maybe it is the repudiation of the omnipotent and intransigent Pakistani general that stops him from being humble and accepting.