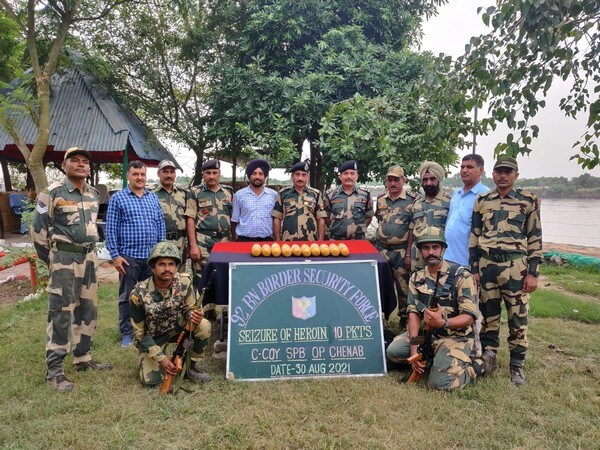 The notification of 11 October 2021 from the Ministry of Home Affairs (MHA) amending the area of jurisdiction for Border Security Force (BSF) to carry out search, seizure and arrest has drawn strong reactions from a section of political circles and experts on border management, who consider it as interference on the federal structure of the constitution and police functioning in the states.

It must be clarified that police powers to BSF have not been increased. These remain the same as before, but they have been made accountable to deal with trans-border crimes which have a bearing on national security in larger areas of the bordering states. There seems to be a need to understand as to what all powers the BSF has been conferred under different acts to accomplish its role and tasks in border guarding and handling the threats in emerging security situations.

BSF has the primary task to prevent trans-border crimes and entry-exit of unauthorised persons. Trans-border crimes are different from normal crimes and have a direct bearing on national security. Smuggling of narcotics, arms and ammunition, fake currency and other contraband items and movement of criminals and anti-national elements. To enable BSF carry on with the assigned tasks, BSF was given powers way back in 1969 under Indian Passport Act, Customs Act Arms Act, NPSD Act, CrPC to arrest, search and seize a person, vessel or premises.

The earliest notification of 1969 was followed up with amendments in 1973 and subsequently specifying the limit extending into own territory as per situations prevailing in different states.

Before issue of notification of 11 Oct 2021, jurisdiction for BSF to exercise its powers in Gujarat, Rajasthan, Punjab, Assam and West Bengal were 80, 50, 15, 15 and 15 km respectively, which have now been amended to 50 km. In Manipur, Meghalaya, Mizoram, Nagaland, Tripura States and UT of J&K and Ladakh, the jurisdiction to exercise these powers continue to remain applicable in the entire width and length of the states.

The limit for jurisdiction for use of these powers were laid keeping in view the deployment pattern and density of BSF on the borders, crime pattern and presence of police and other agencies in remote border areas.

Gujarat and Rajasthan had very sparse population, vast open borders and Border Out Posts (BOPs) located approximately 30-40 km behind the International Boundary. On the other hand, Punjab, and most of borders along Bangladesh, the erstwhile East Pakistan, had population living very close to zero line. These powers were useful for BSF to assist and operate with police dealing with trans-border crimes.

The BSF does not have the responsibility only to apprehend the offenders while committing trans-border crimes at the zero line, but also to gather information to neutralize the network and accomplices operating from their own side of area, independently as well as with the help of local police.

Challenges on both our eastern and western borders have grown many folds in the last four decades despite the increased presence of BSF units, erection of a border fence and use of modern technologies. Trans-border crimes are no longer confined to petty smuggling of few eatables or locally produced consumable items; pushing in of narcotics, arms and fake currency into India and large-scale illegal migration of Bangladeshi nationals and Rohingyas pose a serious threat to our security and economy.

As the connectivity, communication and mobility have increased, trans-border criminals have the advantage to operate from deeper areas. Most of the times BSF operates in close coordination with the local police, but there may be occasions when the information or input regarding border crimes may need the BSF team to operate swiftly at its own, without losing any time in coordinating with police or other agencies. Maintaining secrecy may be of utmost consideration. Such situations do come rarely.

While BSF is responsible to prevent trans-border crimes, the sphere of action of these criminals expands to hinterlands. As such to be really effective, BSF needs to have legal power and jurisdiction to counter this menace. In places like West Bengal, the trans-border criminals were cleverly operating from areas beyond the jurisdiction of BSF. It only showed comfort level they have by staying away from BSF jurisdiction.

Only those involved in anti-nationals and trans-border criminal acts should be opposing this notification. It was indeed unfortunate to read some misleading statements being made spread that BSF would now be entering the houses and religious places at will!

With border crimes and acts on the rise, reducing jurisdiction in sensitive border states would only lead to losing control and checks. These powers and jurisdiction of BSF is in no way clashing with the police functioning, rather it is complimenting the state police to carry on with their law and order, control on civil crimes and other policing jobs. The BSF is only dealing with the border crimes and not with civil crimes.

Changes in situation on border and border areas should be seen within the perspective of national security; these should be reviewed and amended from time to time. These security threats are paramount and must not be seen for political considerations.

Operations in the interiors are likely to be based on specific inputs from own intelligence network or troops on BOPs. These will not be of routine nature, therefore units may keep special teams to respond swiftly. Sub units also earmark men for dominating the depth areas. It will not amount any substantive thinning out of men from border duties. Success achieved by pulling out teams to operate on tasks in hinterland is a huge return. BSF is expected to create resources to undertake operations both independently as well as with the help of police in the depth area. The commanders and men have to be fully conversant with the procedures to be followed including handing over of the apprehended person(s) and seized items to the police and lodging the FIR within a given time frame.

There have been many instances mostly in West Bengal and occasionally in other eastern borders wherein the FIRs were lodged by the criminals challenging and dragging BSF personnel into courts for having operated beyond area of jurisdiction. They even indulge in using violence and surrounding BSF parties, both on borders as well as in the specified jurisdiction. To exercise these powers by BSF, there is no need for Promulgation of Armed Forces (Special Powers) Act (AFSPA), or declaring the Disturbed Areas Act. In absence of AFSFA, BSF cannot independently operate to carry out cordon, search and other Anti Naxal or Counter Insurgency operations in places like Chhattisgarh, Orissa or Tripura. Here operations have to be done with the police.

BSF intelligence has a very important task of generating specific, pinpoint and real-time information. Considering the gravity of the information and time factor, it will be up to the commanders to decide upon the best options for the operation to be successful and take a call to proceed independently or have a joint operation. It will depend from case to case and situation to situation. More often than not, it will be based on outcome of some lead and information from reliable source or informers about network of trans-border criminals. There is no need to collect information of entire area, nor is it desirable. BSF being the lead intelligence agency in this case, can always have access to high value information.

No doubt, BSF needs to further strengthen its border domination against the threat from underground tunnels or enhanced threat by use of drones or other methods. The added responsibility will require better coordinated efforts at every level. Border security is an essential part of border management and close coordination and mutual trust among different agencies will help on achieving the overall aim. There should not be any attempt to bring any misunderstanding between the forces and organisations. The security needs must be reviewed from time to time and amended as per the requirement in the larger interest. BSF is only doing its assigned duties of its mandated role; it has neither done in the past nor it should be doing the police job. The powers it exercises is commensurate with its primary role, it is only matter of how far should it be made responsible.

These powers are as per the needs for the border guarding force; BSF holding Pakistan and Bangladesh borders need it today, may be SSB or ITBP guarding Indo-Bhutan, Indo-Nepal and Indo-Tibetan Border, do not need the same right now. 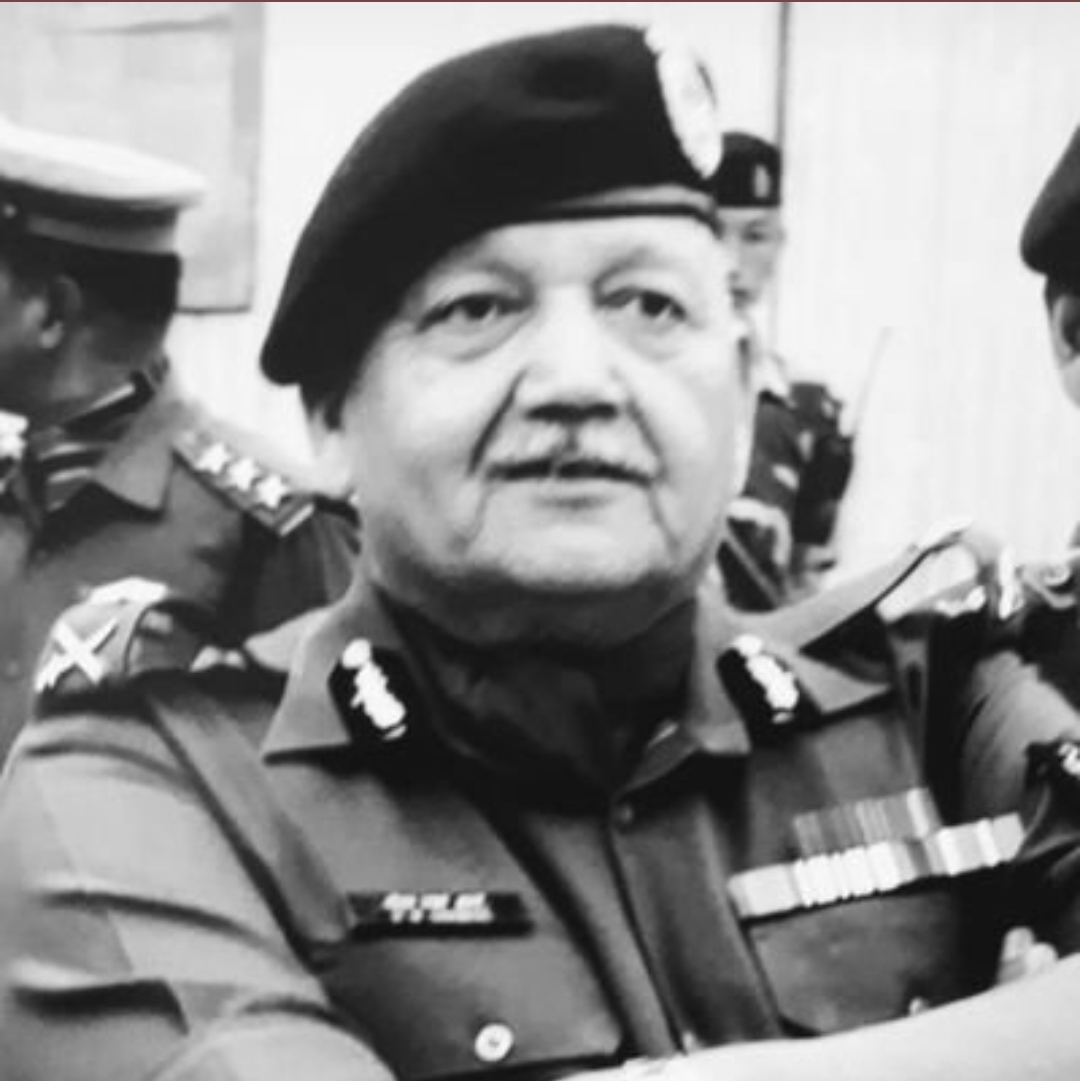