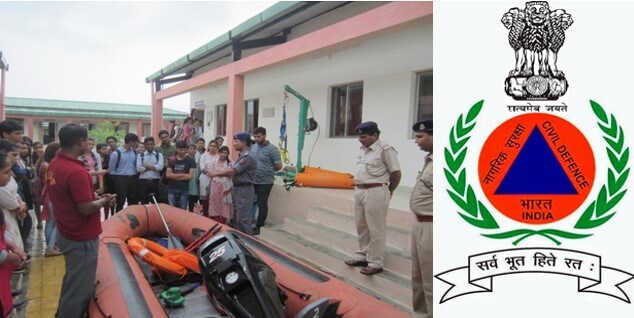 Gone are those days when wars used to be fought at the borders and between two armed forces. With the advent of air arm and weapons of mass destruction (WMDs), the gamut of activities undertaken by opposing forces changed over a period of time. The lethal amalgamation of air arm and its capability to carry and deliver WMDs has further exacerbated the state of affairs. Today, Hybrid Warfare has replaced the conventional approach to warfare. The retraction of border lines towards the civil population has resulted in  civilians being exposed to unimaginable risks and hazards. The entire world had already witnessed its devastating effects during the World War II where approximately 50-55 millions civilians were killed and an 20-25 million people died due to war related diseases & famine during World War II. Similarly, in 1971 Indo-Pak war, half a million civilians were estimated to be affected. Although, since then, the nature of warfare, International laws/conventions governing modern warfare and geo-political scenario have undergone sea changes; however, the threat perception to civil population also has risen exponentially. Case in point is the recent Israel Palestine conflict in Gaza. Thus, with the shifted border lines and varying nature of modern warfare, community centric emergency planning and an organized community response by the means of civil defence is a need of the hour and cannot be negated.

Modern wars are going to be a litmus test of the passive defence of the countries and therefore are not limited to armed forces only; it is the cumulative responsibility of each and every citizen of the country to put concerted effort and collectively contribute towards ensuring sovereignty of the country. It is the primary task of armed forces to defend the country against external aggression (either from Land, Air and Sea) and to maintain the sovereignty of the nation. Accordingly, the role of active defence i.e to outmaneuver an adversary, to slow down or derail the attacker and strike back at the attackers is delegated to armed forces. Likewise, the role of passive defence i.e the preventive actions against the active strike to mitigate the effects, protection of civilian lives and property are entrusted to Civil Defence (CD) Organization. “Passive/Civil Defence measures are considered as the bedrock for the active defence measures, as it defines the ability of a nation to absorb the attack and quickly recover from it to strike back at enemy”. Therefore, implementation of civil defence measures is a continuous process and the preparation needs to be done during the peace time.

Civil Defence (CD) constitutes war efforts and the organization and its personnel are granted additional rights by international conventions to pursue their humanitarian tasks in the event of national emergencies. During the previous national emergencies, civil defence corps traditionally had played a crucial role in supplementing the humanitarian efforts, augmenting and implementing the passive defence measures around strategic Vulnerable Areas (VAs)/Vulnerable Points (VPs), guarding the hinterland, supporting the Armed forces and maintaining the morale of the nation. In the recent COVID-19 war like scenario, civil defence volunteers have emerged as true ‘Corona warriors’ and are voluntarily working at the grass root level in various roles and capacity to assist the local administration in implementing the measures to contain the COVID-19 pandemic. More than a lakh CD volunteers are estimated to be deployed in various activities including supplementing the efforts of health workers, management of vaccination centres, manning of isolation centres, containment zones, rapid response teams, manning of hunger lines, maintenance of essential supplies, packing& home distribution of ration and medicines, community awareness drives on social distancing and hygiene practices, setting up community kitchens and shelters for migrant workers and other stranded persons. The organized, dedicated and noble effort of civil defence in the fight against COVID-19 pandemic has been well recognized at the highest level in the country and gives a serious objective to ‘community based emergency management’ program of India.

Despite these noteworthy contributions, Government of India’s civil defence program has been confined to selected vital areas, plants and installations. The master plan of civil defence (MPCD) explicitly defines the level of preparedness to be achieved during the various stages i.e peace, precautionary and war stage, in the categorized districts which includes, raising, training and equipping of volunteers, operationalization and functional testing of CD control rooms, conduct of mock drills etc. The last risk assessment exercise carried out by Government of India (MHA & MoD in 2005), had identified approximately 250 vulnerable towns/districts, where civil defence measures needs implementation. Being a national program, Government of India also provides financial assistance to the state governments for the implementation of civil defence measures in the categorized CD towns/districts.

Notwithstanding the efforts by Government of India to prepare for emergencies, most of the CD districts are ill prepared and poorly equipped to handle war emergencies and the implementation of civil defence measures in these categorized CD towns/districts are minimal. The data of last five years of financial assistance to state governments reveals that on an average INR 8o million annually has been spent on the implementation of civil defence measures in the categorized towns/districts i.e INR 27000/- per month per categorized towns/districts, which is extremely insufficient and a paltry figure for such a critical task. Apart from this, non-availability of permanent nucleus staff, posting of sidelined and disgruntled leadership, inadequacies of local training infrastructures, poor training of volunteers, poor recognition, minimal involvement in peace time, non availability of instructors (part time / full time), lack of understanding, least priority by the state functionaries, are some of the factors which have hampered the implementation of CD measures. Irregular mock drills, non-activation of CD control rooms and a meager duty allowance of Rs 31 per day have further added to the woes thereby adding to risks in the national security of India.

As a matter of fact, India has not faced any national crisis due to external aggression since 1971 Indo-Pak war. Even during the 1999 Kargil war, national emergency was not instituted, which usually forms the trigger point for the activation of full-fledged civil defence measures. However, does it interpret that no emergency planning and preparation is required in India?? Are we fully prepared to tackle emergency situations and all our VAs/VPs and categorized CD towns/districts are adequately prepared to absorb and contain the enemy attacks? Do we have the mechanism to organize and augment the civil defence directly during national crisis if needed?? Can we quickly train and mobilize the civilians during war if required?? Do we have any other community based organization with a statutory mandate to provide required passive defence measures and who can protect the community during war?? The answer is a “blatant No”.

Albeit, some strategists may feel that there is no requirement to waste time and funds on the preparation of civil defence measures, but it must be understood in correct perspective that there is no alternative to peace time preparations and there cannot be a scope for complacency in the National Security domain. The war emergency strikes unannounced and the modern warfare will not allow the time to prepare, if caught unaware. The recent stand-off with China in Doklam and Ladakh, aggressive posturing of military, attempt of series of cyber attacks on vital installations etc are events to learn lessons from and kick start the civil defence preparation in the country. Usually, civil defence mock drills are considered as signs of war preparations; recent reports have revealed that People’s Liberation Army (PLA) of China has also conducted large scale civil defence drills in the Lhasa region against the air threats by Indian fighter aircrafts and are strengthening their passive defence set up incessantly. However, no such drills and preparations were ever seen by the Indian CD organisations for a long time. In the rapidly changing geo-political scenario, it is apparent that we are always in a state of proxy war and the modern warfare shall not provide a trigger point for the emergency preparations. As rightly quoted by Roman military expert Vegetius “the time to prepare for war is not when war is imminent but rather when times are peaceful”. Below are some of indicators listed which mandates that Indian Civil Defence program needs to come off the age and must be strengthened throughout the country to achieve much required ‘defence in depth’.

Repeated Recommendations by High Powered Committees (HPCs).        Repeatedly, it has been emphasized and strongly recommended by the various high powered committees (HPCs) to pay adequate attention and revamp the civil defence set up in the country. After the 1999 Kargil war, a Subramaniam committee was set up to look into the national security related issues. The Group of Ministers (GoM) constituted thereafter, to look into the issues of reforming the national security system, emphasized the need to strengthen the civil defence set up. Further, in 2005 committee under the Secretary, Border Management (BM) was set up, which also had recommended strengthening the civil defence set up throughout the country.  The 2nd Administrative Reforms Commission and high powered KM Singh committee have also made similar recommendations.

Modern warfare is at the core of the complex emergencies and humanitarian support operations in the complex emergencies may face many challenges. Therefore in order to achieve the total protection of our countrymen from contemporary threats; training, empowering and preparing the communities in the peace time through institutionalized and legal framework of civil defence is the only way ahead. Although, the Armed Forces of our nation are capable, efficient and continuously upgrading themselves to meet the emerging threats, but it needs to be supported and supplemented with the cost-effective and practical solutions at all levels. Civil Defence is an economically sustainable program and has the potential to act a real force multiplier to the Government of India; however implementation of civil defence program needs astute planning, clear vision, synergy, strategy and continuous monitoring by Government. Any responsible government in the today’s world can ill afford to neglect its civil defence in the present geopolitical environment. Therefore, keeping the value to efforts ratio in mind, the Civil Defence program in India must be given adequate impetus by the national policy makers and be strengthened throughout the nation as it can really harmonize the efforts towards achieving Defence in Depth, Disaster Risk Reduction (DRR) and will be a big leap towards ‘Atmanirbhar Bharat’.

Disclaimer
The opinions expressed in this article are the author’s own and do not reflect the views of Chanakya Forum. All information provided in this article including timeliness, completeness, accuracy, suitability or validity of information referenced therein, is the sole responsibility of the author. www.chanakyaforum.com does not assume any responsibility for the same.
Author 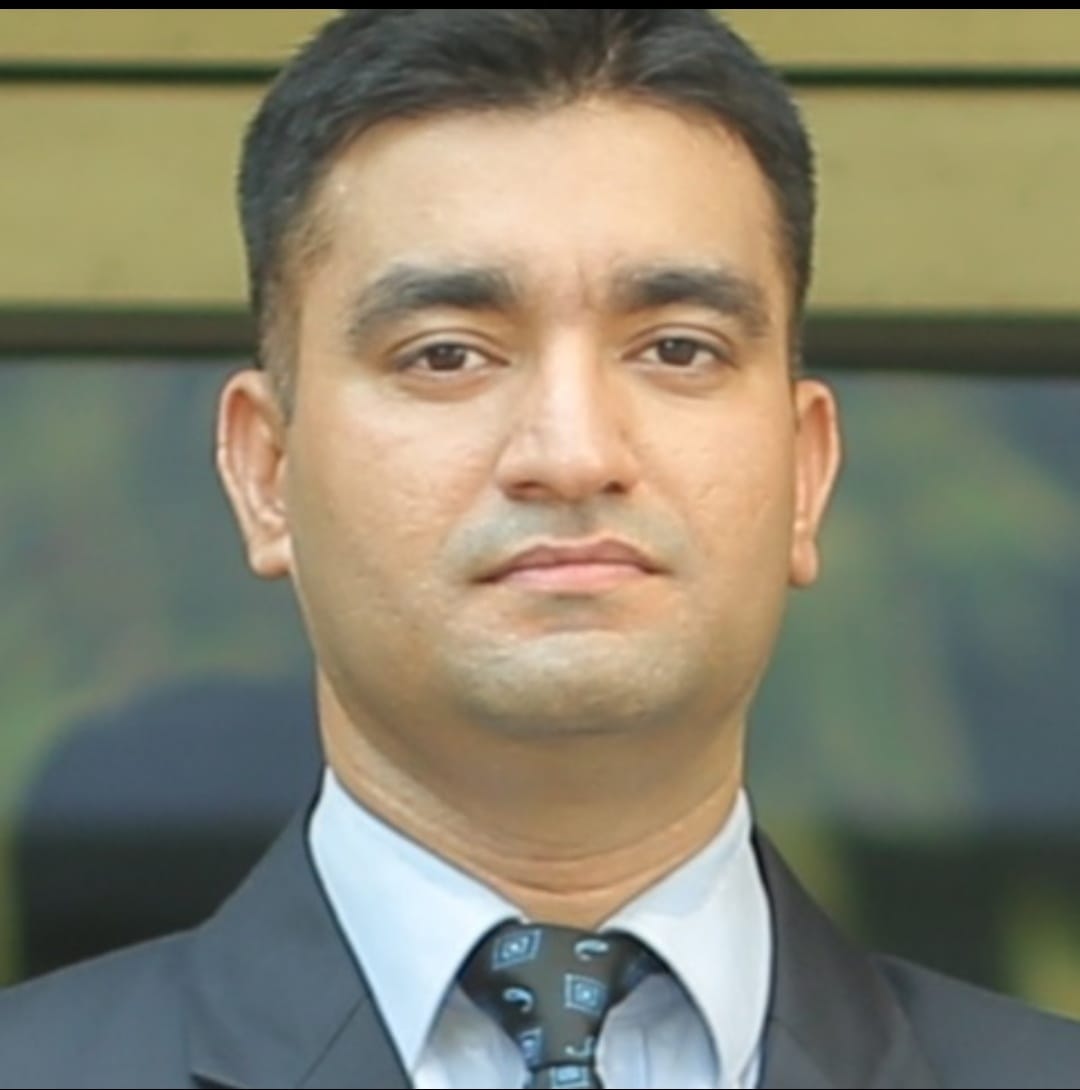 Chanakya Forum is now on Telegram. Click here to join our channel (@ChanakyaForum) and stay updated with the latest headlines and articles.

Jul 17, 2021
It's really important to have a good civil defence and disaster management as per the current scenario. And it became necessity for a nation like India to have good civil defence especially when you have hostile nations like China and Pakistan as your neighbours.

Jul 12, 2021
Amazing and true umesh We need Israel like approach here every citizen needs to mandatorily be part of defence for few years this helps the nation cause

Jul 09, 2021
Very informative and thought provoking. There is no alibi against preparedness. We have to be ready for any eventuality.

Jul 09, 2021
Civil defence hv a vital role in SURAKSHIT Bharat policy makers should sincerely concentrate for capacity building for DRR and to protect community and property during disaster..Thanks

Jul 09, 2021
Great insight. Hope the civil Administration understands the value of this resource and develop them with good training.