Chinese, US Navy vessels spotted off the east coast of Taiwan 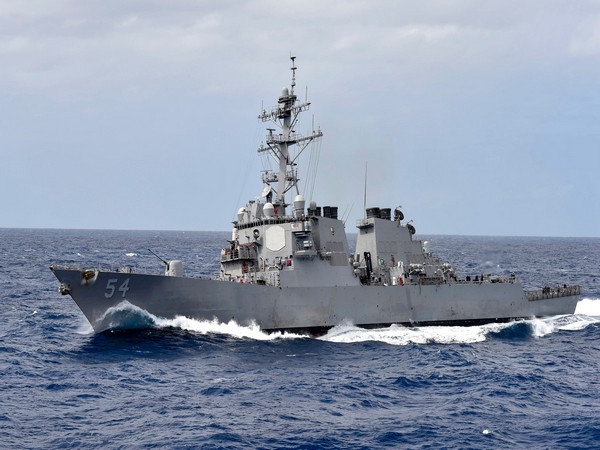 Taipei [Taiwan], July 15 (ANI): A Chinese Navy vessel and a US Navy destroyer were spotted off the east coast of Taiwan on Wednesday, Taiwanese media reported.

A Taiwan military source told Focus Taiwan that the PLAN reconnaissance ship appeared on Tuesday about 40 nautical miles to the east of Hualien County’s Jingpu Village, moving from north to south. At 7 am on Wednesday, the spy ship was spotted 43 nautical miles off the cape of Wushibi in Taitung County’s Changbin Township continuing on a southerly course.

At 4 am on Wednesday morning, the USS Pickney reportedly entered the Pacific Ocean via the Bashi Channel.

This comes amid high tensions in Taiwan Strait, a 180-kilometre-wide sea passage separating the island of Taiwan and continental Asia.

The strait is one of the most heavily policed strips of water in the world, patrolled by both Chinese and Taiwanese navy and coastguard vessels.

The strait is in international waters, however, China claims Taiwan as its own territory and regards the US Navy’s presence in the area as a show of support for the island’s democratic government.

US battleships have navigated through the waterways separating Taiwan and China several times since US President Joe Biden assumed office in January.

China has reacted sharply to US ships sailing through the Strait, accusing Washington of threatening the peace and stability of the Taiwan Strait. (ANI)