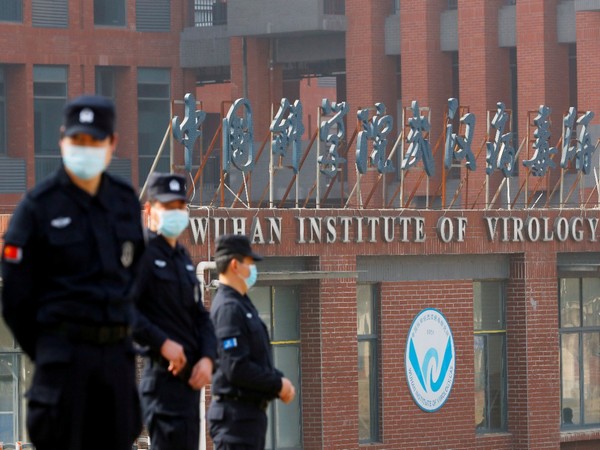 Beijing [China], June 23 (ANI): Chinese state media has faced backlash for eagerly amplifying its Foreign Ministry’s call for seeking a Nobel Prize for the Wuhan Institute of Virology (WIV) even as it faces mounting scrutiny as the potential origin of the deadly COVID-19 pandemic.

According to Global Times, Chinese Foreign Ministry spokesperson Zhao Lijiang said that scientists working in the institute should be awarded the Nobel Prize in medicine, rather than being blamed for being the first to discover the gene sequence of the novel coronavirus.

This came after Shi Zhengli, known as the “Bat Lady” virologist in China, angrily denied her lab was the source of the virus in an interview with the New York Times last week.

“I don’t know how the world has come to this, constantly pouring filth on an innocent scientist,” she wrote in a text message.

Commenting on Shi’s response, Zhao said that Chinese scientists in Wuhan were the earliest to discover the gene sequence of novel coronavirus but it does not mean that Wuhan was the source of coronavirus, nor can it be inferred that the virus was manufactured by Chinese scientists.

“If the first publication of a high-quality virus sequence is blamed for the source of the novel coronavirus, then Professor Luc Antoine Montagnier, who first who discovered HIV, should be the cause of the global AIDS pandemic, not the winner of the Nobel Prize for medicine,” Global Times quoted the Foreign Ministry spokesperson.

Fox News quoted National Review’s Jim Geraght as saying: “Snark aside, the fact that the Chinese government insists the Wuhan Institute of Virology deserves celebration is another indicator that it intends to change nothing in the aftermath of the pandemic.”

“The ongoing research into the original source of the virus has made it so obvious that the original explanation was flawed that even the NIH, the WHO, and Dr. Fauci have been forced to admit that the laboratory origin theory is at least worth studying. Add to that the fact that no one has yet found a single bat carrying a virus that’s a match for the SARS-CoV-2 virus. China’s protestations in this matter are looking increasingly pathetic,” he wrote.

China has been facing mounting pressure from many countries over calls for a fresh probe into the origins of the deadly virus.

Earlier this month, the leaders of the Group of Seven (G7) called for a “timely, transparent, expert-led, and science-based WHO-convened” investigation into the origins of COVID-19, including, as recommended by the experts’ report, in China.

In the Carbis Bay communique, the G7 leaders said, “Strengthening transparency and accountability, including reiterating our commitment to the full implementation of, and improved compliance with, the International Health Regulations 2005. This includes investigating, reporting and responding to outbreaks of unknown origin. We also call for a timely, transparent, expert-led, and science-based WHO-convened Phase 2 COVID-19 Origins study including, as recommended by the experts’ report, in China.”

After the conclusion of the G7 meeting in the UK, US President Joe Biden on Sunday called on China to act more responsibly in terms of international norms on human rights and transparency concerning the origins of COVID-19.

Speaking to reporters, Biden said: “I think China has to start to act more responsibly in terms of international norms on human rights and transparency. Transparency matters across the board.”

The lab leak theory has recently become the subject of renewed public debate after several prominent scientists called for a full investigation into the origins of the virus.

The hypothesis that the virus was accidentally leaked from the lab was largely disregarded by scientists in the early stages of the coronavirus outbreak. China has repeatedly denied that the lab was responsible for the outbreak. (ANI)