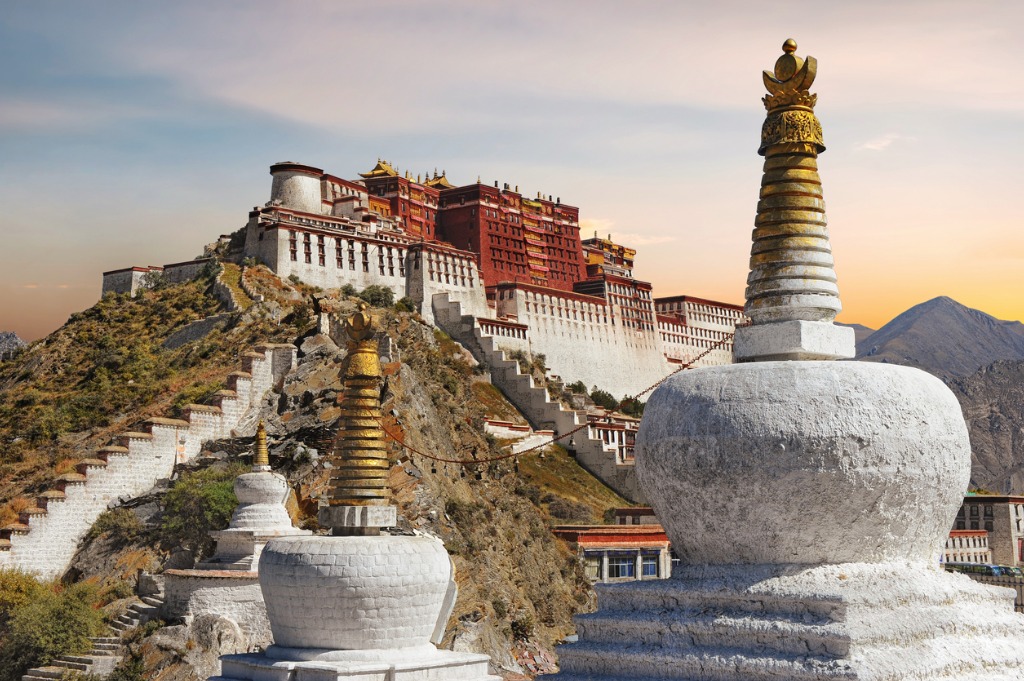 ‘When Tibet was free, we took our freedom for granted. We had little sense that it was something we had to prove or even defend, because we were unaware that it was under threat’

India and China are the rising world powers of the 21st century and their bi-lateral relationship is the most defining one in the restructuring of the balance of power in the ‘new world order’. According to Angus Maddison, a British economist and macroeconomic historian, India and China were controlling almost half of world trade in 1820. The wheel appears to be turning a full circle with China and India poised to be among the top three economies of the world as per estimates made by IMF and Goldman Sachs. However, there are undoubtedly many challenges that confront this relationship between the two Asian giants. Hence, the spotlight of the entire globe is on the manner in which these ancient civilizations resolve the vexatious knots.

As I see it, the most crucial and contentious issues that bedevil India-China relations are – firstly, an undemarcated and unresolved boundary along the Himalayas and other mountain ranges, secondly, a latent potential for unrest or uprising in Tibet and Xinjiang as the Chinese have been unable to assimilate and ‘Sinicize’ these regions, thirdly, the diversion of river waters flowing from Tibet into India and Bangladesh, fourthly, a rivalry or competition as a result of ideological differences, political and economic objectives, fifthly, the Chinese perception of the strategic alliance of US, India, Japan and Australia (QUAD) to contain China, and conversely China’s strategy of the ‘string of pearls’  and belt and road initiative to get a foothold or influence in countries on India’s periphery and elsewhere in the world, and sixthly, the inimical and insidious anti-India relationship between China and Pakistan.

Analyzing the above, two issues stand out. The ideological clash of communism with ‘Chinese characteristics’, vague and malleable as it is (sic), as practiced by China and the democratic path and way of life as exists in India, US, Japan and Australia and most other countries is the first basic problem. The comparison between India and China, two large countries with one third of the world’s population and two contradictory systems of governance is inevitable and with the transparency afforded by the IT revolution  and the internet in particular, Xi Jinping’s China is very different from that of Mao Zedong. However it is unexceptional to highlight that for the Chinese leadership and more importantly, the Chinese Communist Party (CCP), the Chinese model must prove to be better than that of India.

The next issue is Tibet who the Chinese have not been able to subjugate despite extremely harsh and ruthless measures taken against the Tibetan population for at least the last 117 years ever since the Younghusband expedition of 1903-04 that effortlessly overcame the hapless Tibetan army and forced Tibet on its knees. As soon as Younghusband left Lhasa, the Chinese dragon who had been jolted out of his slumber got into the act and literally invaded Tibet. The ease with which the British civilian-cum-military expedition exploited the weak underbelly of Tibet (and now China) left a deep imprint on the Chinese mind.  I believe that many China experts go wrong in that they fail to ‘adequately’ factor Tibet in their calculations while analyzing Sino-Indian relations.

It must be remembered that historically India and China had never been neighbors. Tibet, known for its ferocious race of warriors (until the advent of Buddhism in the 7th century) formed the buffer in between and was practically an independent nation until 1720. This was when the Dzungar’s, a Mongol tribe, invaded Tibet and the Dalai Lama appealed to the Chinese for help. Ever since then an Amban, a representative of the Manchu emperor, was positioned in Lhasa who gradually usurped the temporal powers of the Dalai Lama.

Subsequently, once again Tibet regained its independence (except that the British continued to maintain that it was under the suzerainty of China) as a fall out of the Nationalist revolt of October 1911 and the consequent civil war in China. At this juncture all Chinese were evicted from Tibet including the Amban. From 1913 Tibetans enjoyed complete freedom (had their own governing council akin to a parliament, army, police, currency, passports, postage stamps etc) until it was stamped out under the jackboots of Mao’s red army in 1951, and Tibet was ‘liberated’. It was then that China and India became neighbors. The world including India simply watched the disappearance of Tibet, a mere pawn in the game of international power play in the 20th century.

A geostrategic analysis with a historical perspective of China’s vulnerabilities in Tibet brings out the following salient points.

As discussed earlier in this paper, the challenge posed by the altitude and terrain obtaining in Tibet region would inhibit the deployment of the full might of either side (an imperative to obtain a decisive result in war) and thereby act as a restraining factor.

India and China have increasingly become aware of their linked destinies as neighbours and have acquired a greater sense of responsibility as emerging world powers. They are expected to contribute to the establishment of an atmosphere of mutual understanding, trust and cooperation in Asia and the world. The strong, visionary and pragmatic leadership that we see in both countries today can resolve the boundary and other problems in a fair and mutually acceptable manner. Finally, such a constructive relationship between India and China can redefine the contours of the 21st century, and the leadership that can make it happen will be remembered by history.

The author is the former Governor of Arunachal Pradesh and the Chief of the Army Staff, Indian Army. He was often described as a peoples’ Governor and a thinking General who has distinguished himself as a hands on professional.

Apr 08, 2021
Very good and informative Article on the subject of Tibet India and China recent history and military annexation of Tibet by China. It also brings the limitations of China against India and the fighting will of Tibetians and their open support in case of a limited war would play a great role. May be Tibet would once gain be Free Country again and India and China find peace.

Apr 07, 2021
A real eye opener! The numerical superiority advantage of China is of very little significance as has been rightly brought out.

Apr 07, 2021
"It would be a logistics nightmare for the Chinese armed forces if the road, rail and air lines of communication are disrupted or interfered with in the case of a long drawn conflict." Chinese rule in Tibet is firm, but India did not even control communication links through Haryana to Eastern Ladakh during the standoff. Mobs of angry Jat Sikhs shouting Khalistan slogans disrupted logistics during the critical months before October. It was likely that India could not stockpile the necessary fuel and heating in Ladakh because of farm protests. It shows one of two critical errors that Indian strategists make in comparisons with China and plotting out a strategy. 1. India is a fractured country and vulnerable to secession movements. You are not honest about this, distracting yourself by projecting China's vulnerabilities. 2. Indians vastly estimate their country's economic growth versus China. China's GDP in 2020 was $15 trillion while India's in 2019 was $3 trillion. This gap is growing. India's slowed to below 5% in 2019. China's growth is stable.

Apr 07, 2021
Very fine and detailed analysis borne out of experience and insight into the real issues facing the two big neighbours. Excellent and highly educative.

Apr 07, 2021
I think the author has beautifully covered all the issues relating to China and Tibet and how far India can go in helping Tibet. Considering the terrain, distance and the extreme weather conditions, India’s involvement in the conflict, beyond the border dispute could be far fetched. In so far as QUAD is concerned, its interest lie in the Ocean regions., apart from the South and East China seas. In today’s conditions UN plays an important role in forcing a resolution between the conflicts, but analysing China’s status and dominance in the Committee of Nations it can not go very far.in forcing a solution. The QUAD would most likely act in a non committal posture in the Tibet scenario like what is happening in Hong Kong. However they could provide moral and material support in times of need. I have not commented on the historical and Tibetan ethos, as we have not experienced it in conflicts. Tibet’s outlawed govts are pursuing a peaceful existence in India.. Narayan Malik

Apr 07, 2021
Very well written article I think daughter has deep knowledge not only of the terrain but as well the history of China

Apr 07, 2021
Amazing article, I think k’you have understood the exact situation and you must be having the depth knowledge required not’ only of the terrain but of the Chinese history as well.

Apr 07, 2021
A very succinct and to the point article, demonstrating how China would lose a war before it has been fought.