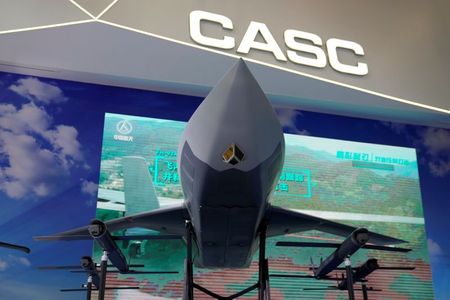 The long-range FH-97 drone concept unveiled on Wednesday can carry different types of weapons, and has swarm and electronic warfare capabilities, said Wu Wei, a representative of China Aerospace Science Technology Corp’s (CASTC) Feihong product line. He did not provide specifics in his presentation at Airshow China in Zhuhai. The United States, Britain, Australia, India and Russia are among the countries developing “loyal wingman” drones, which are cheaper and more expendable than crewed fighters.

CASTC did not provide technical details of the FH-97 concept, nor say whether it was planned for export, though many foreign observers watched the presentation. The FH-97’s appearance is nearly identical to the Kratos XQ-58A, which made its first flight in 2019. The XQ-58A has a maximum speed of Mach 0.85 and a range of about 2,200 nautical miles. Zhang Zhongyang, vice president of CASTC said the plan was to turn Feihong into an “international top-notch brand… and become a major player at the centre stage of the world arena.”

China has exported military drones to countries including the United Arab Emirates, Pakistan and Serbia. “The chief customer is certainly the PLA, but in recent years the Chinese are also aggressively marketing these systems for exports,” said Collin Koh, a defence research fellow with Singapore’s Rajaratnam School of International Studies. China also used the country’s biggest air show to display the weapons capability of one of its most advanced stealth attack drone projects, the GJ-11.

The Global Times reported that the GJ-11 on display at the show had its two weapons bays open for the first time. Inside each were four unidentified munitions that appeared to be precision air-to-ground glide bombs. Bradley Perrett, a specialist on Asian aerospace and defence, said the GJ-11 was designed to slip undetected through radar coverage and attack heavily defended targets.

“In doing that, it would take the place of a much larger and more expensive fighter with a pilot,” he said. “Development won’t be easy, but when it’s complete the type will present a new threat to Taiwan and potentially Japan.” Chinese companies have 27 drone exhibits at the Zhuhai show. 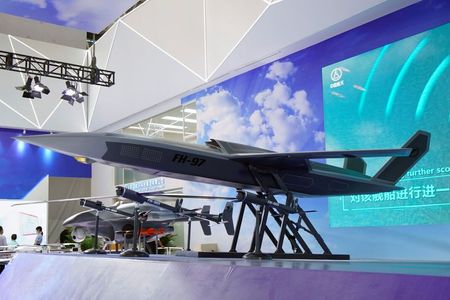 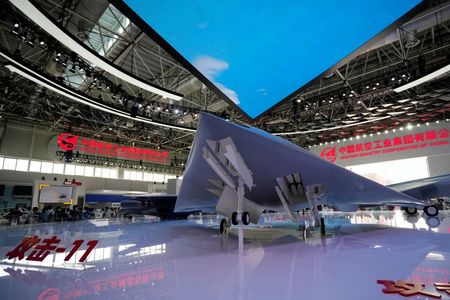 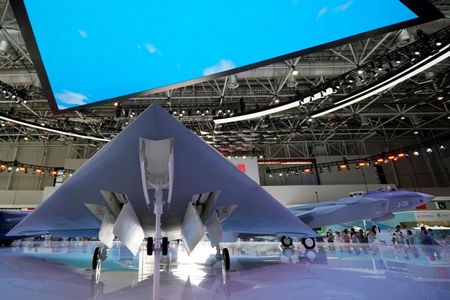