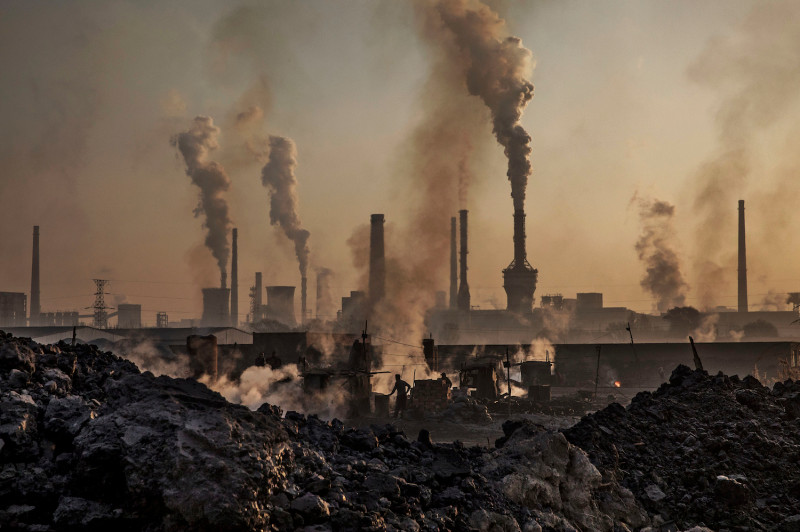 Beijing [China], June 10 (ANI): Despite their high promises of reducing carbon emissions, China’s top economic planners have put the brakes on climate efforts as driving growth has taken priority over meeting climate targets for now, according to people familiar with the matter. According to The Wall Street Journal (WSJ), officials at China’s main economic planning agency, the National Development and Reform Commission, have limited the initial scope of a national carbon-trading system, which is set to go into full operation later this month after the pilot projects in eight Chinese cities. The economic planning office has also gained the upper hand in negotiations over drafting a detailed road map to fulfill leader Xi Jinping’s pledges to achieve a peak in carbon dioxide emission before 2030, the people familiar with the developments said.

These recent developments have shown that the economic agency still holds greater power over the environmental agency, despite the latter appearing to be newly empowered to exert more influence. President Xi Jinping has said that China will reach a peak in its carbon emissions before 2030 and net zero emissions by 2060, but he has not elaborated on how the country will achieve that goal.

Chinese vice premier Han Zheng in October last year called for environmental officials to accelerate the launch of a national carbon market and formulate a carbon roadmap, signalling to Chinese observers that they would be charged with drafting the plans for meeting the targets. However, in March, when China’s cabinet enumerated the bodies charged with drafting the roadmap, the country’s economic planning agency was listed first, before the environmental officials, reported WSJ.

In December 2020, the environmental ministry released the initial rules for the emissions trading system, which would involve only about 2,200 companies in the power sector instead of 6,000. Behind the scenes, economic planners had weakened provisions of the scheme, fearing the potential impact on growth, said the people involved in the matter. Meanwhile, China’s carbon emissions scheme is expected to expand to more industries and adopt stricter caps in the future, although the timing and scope have not been determined yet.

Rather than giving priority to the reining in of fossil-fuel consumption now, officials at the National Development and Reform Commission want to seize the momentum of the global post-pandemic recovery, even if it means elevated emissions in the short term, WSJ reported citing the people familiar with the situation. “The debate within the Chinese government is driven in part by officials wanting to ensure that climate goals are achieved in a way that manages the short-term impact on local economies,” says Huw Slater, a Beijing-based senior consultant. (ANI)