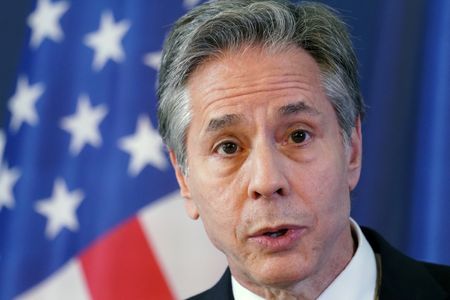 Washington, May 26 (PTI) Even as the US has united the rest of the world against Russia’s invasion of Ukraine, China poses the most serious long-term challenge to the international order, Secretary of State Antony Blinken said on Thursday.

China is the only country with both the intent to reshape the international order and, increasingly, the economic, diplomatic, military, and technological power to do it, Blinken said in a major foreign policy speech on China.

Beijing’s vision would move us away from the universal values that have sustained so much of the world’s progress over the past 75 years, he said.

“Even as (Russian) President (Vladimir) Putin’s war continues, we will remain focused on the most serious long-term challenge to the international order, and that’s posed by the People’s Republic of China,” Blinken said.

“China is also integral to the global economy and to our ability to solve challenges from climate to COVID. Put simply, the United States and China have to deal with each other for the foreseeable future. That’s why this is one of the most complex and consequential relationships of any that we have in the world today,” he said.

The Biden administration, Blinken said, does not seek to block China from its role as a major power nor to stop it, or any other country for that matter, from growing their economy or advancing the interests of their people.

“But we will defend and strengthen the international law agreements, principles, and institutions that maintain peace and security, protect the rights of individuals and sovereign nations, and make it possible for all countries, including the United States and China, to co-exist and cooperate,” he said.

“Now, the China of today is very different from the China of 50 years ago when President (Richard) Nixon broke decades of strained relations to become the first US president to visit the country. Then China was isolated and struggling with widespread poverty and hunger. Now China is a global power with extraordinary reach, influence, and ambition,” Blinken added.

Arguably, no country on earth has benefited more from that than China. But rather than using its power to reinforce and revitalise the laws, the agreements, the principles, the institutions that enabled its success so that other countries can benefit from them too, Beijing is undermining them. Under President Xi, the ruling Chinese Communist Party has become more repressive at home and more aggressive abroad, he said.

“We see that in how Beijing has perfected mass surveillance within China and exported that technology to more than 80 countries, how it’s advancing unlawful maritime claims in the South China Sea, undermining peace and security, freedom of navigation, and commerce, how it’s circumventing or breaking trade rules, harming workers and companies in the US but also around the world, and how it purports to champion sovereignty and territorial integrity while standing with governments that brazenly violate them,” Blinken said.