Challenges of Disaster Management in India 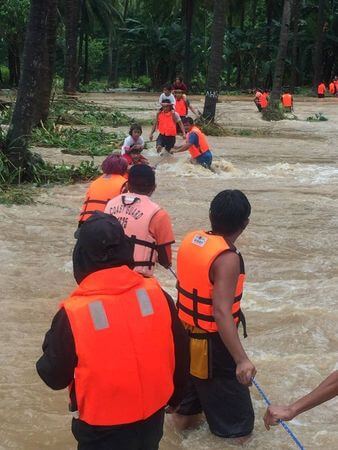 13 October each year is marked as the day that celebrates how people and communities around the world are reducing their exposure to disasters and raising awareness about the importance of reining in the risks that they face. It’s only appropriate that we in India use the occasion to enhance awareness about a domain of which not much is known. Firstly, let us be aware that Disaster Management (DM) or ‘Aapda Prabhandhan’ as it is called in Hindi, is a domain which has arrived in its professional avatar almost 16 years ago. What heralded its arrival and what is its status today, is something that the public should be aware of.

It was the Odisha cyclone, BOB 06 of 1999 which caused the death of over 10,000 and destroyed property worth millions which became the trigger. All we could do as a nation was to respond to its fury, call out the Army and hope that some resources could be put together for relief. ‘Response’ was our mantra.

In other words, we awaited a disaster to strike and then responded to it; that was the policy and the doctrine of DM. Then came the Gujarat earthquake in which another 20,000 perished and a million were left homeless. That is when some movement took place in the political and administrative circles and the professionalization of DM was triggered as a national priority.

The Government set up a High-Powered Committee in August 1999 after the Odisha cyclone and a National Committee after the Gujarat earthquake, for making recommendations on the preparation of DM plans and suggesting effective mitigation mechanisms.

Responsibility for DM shifted from the Ministry of Agriculture to the Ministry of Home Affairs (MHA). Besides the NDMA and 36 SDMAs, 750 District Disaster Management Authorities (DDMAs) were set up with the District Collector (or head of the district) functioning as the Chairperson. In this period two other important organisations came into being to give DM a professionalized approach. First was the National Institute of Disaster Management (NIDM) which was raised in 2003 for training and development of all concepts. Under the DM Act it has been assigned nodal responsibilities for human resource development, capacity building, training, research, documentation and policy advocacy in the field of DM.

Second is the National Disaster Response Force (NDRF). 12 full-fledged units of the latter were raised, each based upon at least one of the Central Armed Police Forces (CAPFs). The personnel manning these units remain on deputation for seven years ensuring optimum exploitation of trained manpower. The 12 units are now under expansion to 16 with deployment on the lines of the National Security Guard’s regional hubs so that response to the mapped critical hazard prone areas is possible in the earliest time frame. The National College for Civil Defence located at Nagpur has been converted to the NDRF Academy.

The NDMA envisions the development of an ethos of Prevention, Mitigation and Preparedness. The Central Government strives to promote a national resolve to mitigate the damage and destruction caused by natural and man-made disasters, through sustained and collective efforts of all Government agencies, NGOs and People’s participation. This is planned to be accomplished by adopting a Technology-Driven, Pro-Active, Multi-Hazard and Multi-Sectoral strategy for building a Safer, Disaster Resilient and Dynamic India. It also envisages a concept of build back better if disaster has struck any part of the nation. NDMA is not a response organization since response essentially comes under the MHA and its DM division but almost every other facet of DM involving doctrine, development of technologies, budgeting, planning and training is dealt with by NDMA.

A classic example of success in the field of DM in India is the National Cyclone Risk Mitigation Project (NCRMP). The Project has identified 13 cyclone prone States and Union Territories (UTs), with varying levels of vulnerability. The Project development objective of the NCRMP is to reduce vulnerability of coastal communities to cyclone and other hydro meteorological hazards through improved early warning dissemination systems, enhanced capacity of local communities to respond to disasters and improved access to emergency shelter, evacuation, and protection against wind storms. Flooding and storm surge in high areas and strengthening DRM capacity at central, state and local levels in order to enable mainstreaming of risk mitigation measures into the overall development agenda are also included in this.

The project in cooperation with the World Bank has witnessed the construction of infrastructure in vulnerable coastal districts and with sufficient early warning the number of people left prone to the effects of cyclones have been minimized. In 2020 even at the height of the pandemic Cyclone Amphan could cause only 128 fatal casualties in Odisha and West Bengal in contrast to the thousands who were killed in the 1999 Cyclone.

Once India formalised its DM system it made rapid strides in the international sphere with cooperation in DM emerging as a major domain of diplomacy. In 2016, Prime Minister Narendra Modi during the 7th Asian Ministerial Conference in November 2016 gave out his Ten Point Agenda which has become a virtual vision document for DM in India.

Given the PM’s vast experience in handling disasters in his home state of Gujarat it was expected that he would bring to this domain a different approach. He emphasized on the issues of Preparedness, Risk Mitigation and Prediction while introducing innovative thoughts by including gender sensitivity and use of social media, the latter not only for early warning but also for outreach to enable Information, Education and Communication (IEC) including creation of a network of universities to work on DM issues.

A latest initiative of the Government of India is the Coalition for Disaster Resilient Infrastructure (CDRI). CDRI was launched under Prime Minister Narendra Modi’s initiative in 2019 and has 25 countries and seven international organizations as members; the list is expanding. It was set up with the objective of promoting resilience of new and existing infrastructure systems to climate and disaster risks to support sustainable development. The term “resilient” refers to the ability of such infrastructure systems to absorb disturbance and still retain their basic function and structural capacity.

The spread of awareness on DM is ensured under various IEC programs run from time to time by the NDMA. However, DM responsibility is also ensured through the preparation of the National Disaster Management Plan (NDMP). Based upon this all Ministries and Departments of the Government of India are required to prepare their DM Plans and take guidance from NDMA for the same. Each SDMA and DDMA similarly is required to prepare similar plans at their level.

The adoption of the Incident Response System (IRS) by many states has helped streamline the procedures for response and responsibility thus also making preparation and risk mitigation a part of the process. States and districts are required to   notify their IRS so that responsibilities and procedures are clearly known to all concerned. NDMA ensures training of all personnel involved in the DM procedures. Even during the Coronavirus pandemic online exercises have been the norm with selected hazards for each state being played out for higher levels of awareness. A novel method now under implementation by NDRF is the conduct of physical Mock Exercises (MEs) involving every district at least once in a cycle of three years. All stake holders including many NGOs participate in such exercises.

At the State and UT level two other issues are of importance. The necessity for setting up a state-of-the-art State Emergency Operations Centre (SEOC) right down to the district level cannot be over emphasized. This becomes the war room for all disaster emergencies and a single point of contact for information flow and response.

A project called Emergency Response Support System (ERSS) is now under roll out whereby for any security or disaster related emergency, there will be an all India single contact number (112) with the call related to disaster ultimately reaching the concerned SEOC. To take a step further technology is enabling a project under which early warning of an impending disaster, such as tsunami, cyclone, floods or even lightning, gained by various agencies, is put out as an alert through an app instantly warning all mobile numbers in the given geographical area captured through GIS technology.

With foreign cooperation and readiness of the NDRF to respond to disaster emergencies even in neighbouring countries, India has gained a diplomatic leverage. The entire concept of early warning will ultimately extend to neighbouring countries in due course adding greater value. The IMD is already issuing forecasts for the PoK and the Gilgit Baltistan region thereby extending India’s claim over these regions.

It also needs to be remembered that for effective DM the best response is by the first responders who normally come from within the local community. Based upon this NDMA has now instituted the Aapda Mitra and Aapda Sakhi scheme to initially train 5500 community volunteers in 350 districts to undertake responsibilities for DM. Efforts to incorporate the National Cadet Corps and other voluntary organisations with this will make the immediate response to disaster far more professional and efficient.

Lastly on this important day, it is also worth knowing that services of people and institutions involved in DM in India are being recognized through the institution of the Subhash Chander Bose Aapda Prabhandan Puraskar. Three such awards are given every year and can be awarded to either institutions or individuals. It carries a cash award of 51 Lakh Rupees in the event of an institution being selected or 5 lakh Rupees if an individual is selected.