Ceasefire and India-Pakistan Relations: Overcome the Past to Give Substance to the Future 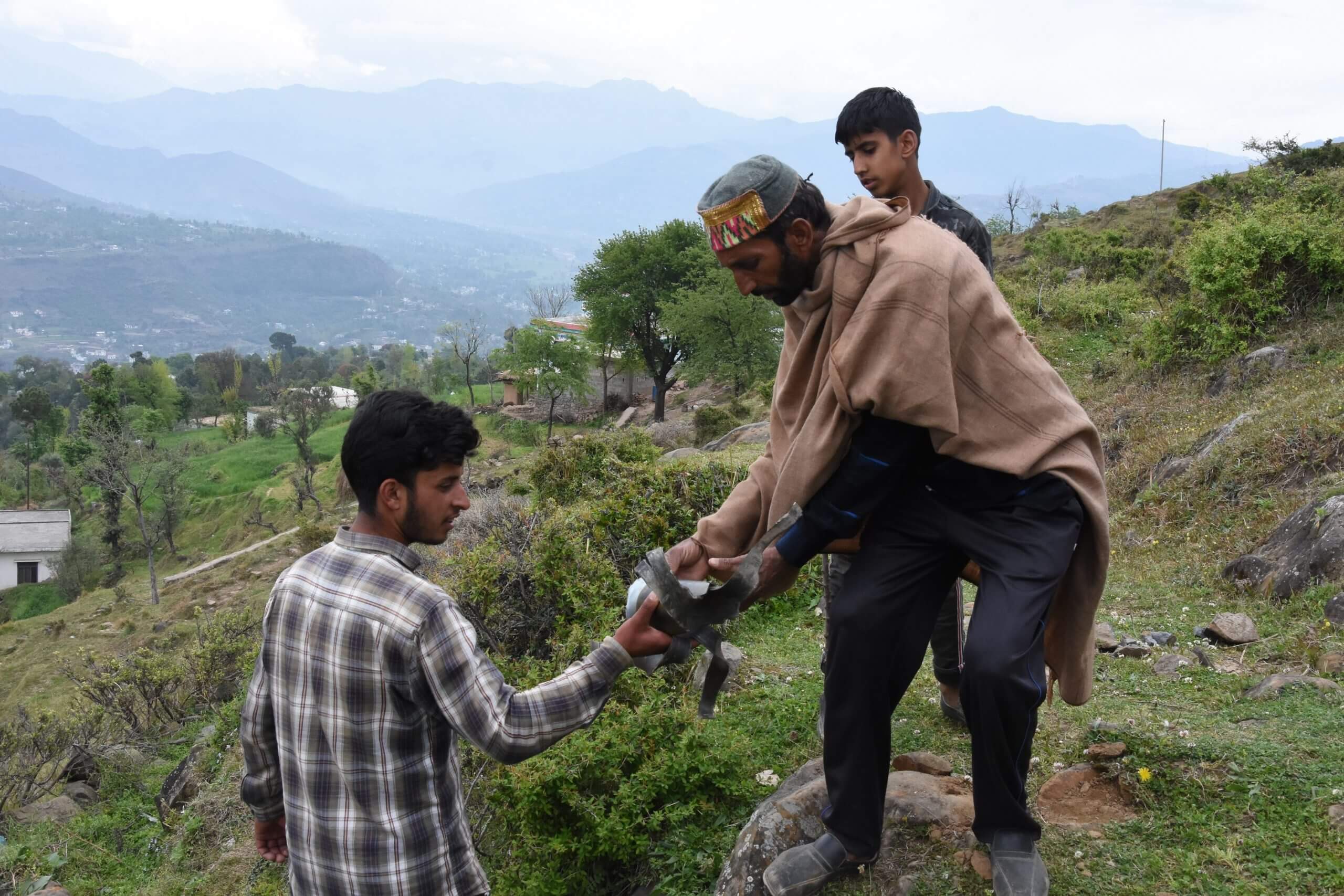 With the strategic community’s focus and attention towards the Line of Actual Control (LAC) in recent months, little attention was paid towards the potential for change at the western border with Pakistan, and at the LoC. Fairly indicative hints by General Bajwa, the Pakistan Army Chief through his recent statements did not find too many takers. However, on 24 Feb 2021, in a repeat of several previous occasions the DGMOs of India and Pakistan jointly recommitted to the 2003 ceasefire “in the interest of achieving mutually beneficial and sustainable peace along the borders”; it came into effect on 26 Feb 2021, very symbolically on the second anniversary of Balakot.  Although this issue will be analyzed threadbare over the next few weeks how should it be viewed at the outset?  ‘We have seen it all before and witnessed its failure too’, should be the common refrain. So how is it any different this time?

Two examples of the past provide the base to examine the current effort towards peace which at the outset needs to be lauded as much as it needs to be viewed with apprehension, the latter being more human than strategic. First was Atal Bihari Vajpayee’s very bold effort in 1999, upset by Kargil and followed by the failed Agra Summit 2001.  The terror attack on Parliament in Dec 2001, Operation Parakaram and the ceasefire in Nov 2003 was another sequence in Vajpayee’s time. He created a strong influence over Musharraf who attempted to seriously pursue the cause for peace even as the UPA-1 government came to power, 2004. It was Pakistan’s ‘deep state’ which upset the applecart. Pakistani Generals I have spoken with confirm that none of the nine Corps Commanders in the period 2004-08 were ever in favour of seriously pursuing peace with India. The issue of retribution against India for the creation of Bangladesh and the desire to retain primacy of the Army in Pakistan’s pecking order were both strong sentiments against it. Yet, it was the period when rapprochement was the strongest and back channels worked overtime to bring an element of permanence to the developing understanding. Vajpayee’s honest efforts commencing 1999 and continued by Dr Manmohan Singh, finally ended with Mumbai 26/11, an event which clearly messaged that the ‘deep state’ had taken control from Musharraf and would not allow Pakistan’s destiny to be dictated by peace with India.

From 2009 to 2015 India-Pakistan relations were under the shadow of 26/11. Only two positives remained; on the diplomatic front there were efforts but largely disastrous for India (Sharm-el-Sheikh Aug 2009) and the ceasefire, although getting jerky, was still very much in place with some trans LoC coercion being attempted by Pakistan. With the NDA government in place in 2014, a new breed of local young terrorists was attempting to upend the sponsored proxy terror movement and the Separatists were again gaining ground after a five year hiatus, after the 2010 street agitation; it was a period of a watchful interlude. PM Narendra Modi commenced his signature initiatives in 2015 with Ufa, the NSAs meeting at Bangkok, visit of late Sushma Swaraj to Islamabad for the Heart of Asia Conference and then his ‘coup de main’, the dash to Lahore to give a transformational touch and potentially a huge impetus to India-Pakistan relations.   With likely political bonhomie in the offing both the LoC and the hinterland of J&K may have witnessed relative peace but for the Pakistan ‘deep state’s’ insecurity at the possibility of serious change in status in the India-Pakistan relationship. Pathankot followed by Uri and the chain of events thereafter leading to Pulwama (2019) and abrogation of Article 370, pushed back India-Pakistan relations to an abyss from which most analysts could not see a ray of positive light emerging.

Many factors are impinging on the current developments. While some are suggesting influence of the Biden Administration there is no evidence to suggest anyone’s hand; it is the strategic environment which is perhaps forcing a change. The coming of Joe Biden has drastically altered the attitude of the US and a ray of positivity appears emerging towards the world order. Pakistan for all the support it gets from China cannot wish away US significance for its own survival, whether it comes to FATF or loans from the IMF. With China also diluting its intransigence in the post Trump strategic environment and the world at large looking more at economic recovery rather than conflict, trends towards accommodation and stabilization are appearing on the horizon. It will be premature to conclude that these trends are pointing towards resolution of conflicts; they appear entirely temporary but offer circumstances for exploitation towards something permanent. China has not succeeded in its aim of coercing India in Ladakh. With war not an option, a face saving exit was in the making. The thought process in the making of Chinese strategy also probably had a spin off effect on Pakistan.

There are different conjectures about who initiated and who followed in the peace game. Pakistan could clearly not afford the situation on the LoC and its ability to calibrate the security environment in the hinterland of J&K was reduced by the day after the 5 Aug 2019 decision on Article 370. We have had Moeed Yusuf, Pakistan’s articulate National Security Advisor (NSA), appearing on media in interactions in the recent past where clearly his intent was to maintain a moral high ground for Pakistan. The Indian side has been quiet and correctly so. Yusuf, an academic of some eminence is not too well versed in the ways of the conduct of inter-state affairs. The reason why the 2004-08 backchannel diplomacy between India’s Satinder Lambah and Pakistan’s Tariq Aziz was successful over four years, although it failed to finally deliver, was the fact that no one spoke as publicly as Moeed Yusuf is attempting to do. We have not had a word out of Indian NSA Ajit Doval which is how it should be.

There are enough obstacles towards making the ceasefire effective or permanent. Foremost is the Pakistan Army itself and its internal wrangling. The ‘deep state’, in cahoots with the Jihadi elements that still have effective roots in Pakistan, is still in the old mindset. However strong an Army Chief may be, the ability to control the different coterie of the ‘deep state’ always remains suspect. They appear to have high stakes in keeping Pakistan from progressing either economically or ideologically; the more backward and radical it remains serves their purpose. Neither is civil society or media capable of taking on the might of the hidden hand. It’s the Pakistan Army alone which has the potential to control and neutralize these elements on a permanent basis but always with the ever present threat of emergence of yet another coterie.

One major terrorist action, a major infiltration action, a vitriolic politically driven attack on India delivered internationally; any of these are likely to set back whatever may be achieved in the near future. A contributory obstacle in the path of progress towards peace and stability will also be the patience and attitude of the Indian public which justifiably holds a high moral ground. But an indicator of high self-assurance and confidence of the Indian leadership is the fact that such a decision as to go into a peace mode with Pakistan has been taken just prior to a string of elections. Perhaps that is what indicates a greater chance of success, how permanent, only time will tell.

Lt Gen Syed Ata Hasnain is one of Indian Army’s most decorated Generals who focuses on trans-national and internal conflicts in Asia and the Middle East with particular emphasis on issues revolving around Radical Islam. He is a member of the National Disaster Management Authority and  speaks as well as writes on issues National Security and military affairs.

Mar 01, 2021
India has never been able to refuse what USA orders. Now, with PLA amassing in Tibet on Arunanchal borders, it can also not refuse what Xi of China orders. As of now, USA and China both have ordered India to back off from Pak. Hence, India suddenly changed tone.

Feb 28, 2021
The terms of Ceasefire are not exactly known. How ever a ceasefire without the clause to stop infiltration really means nothing. Infiltration is supported from the Pakis side with the support of their Army. It will lead to fire fights and abrogation of ceasefire. It has happened before.