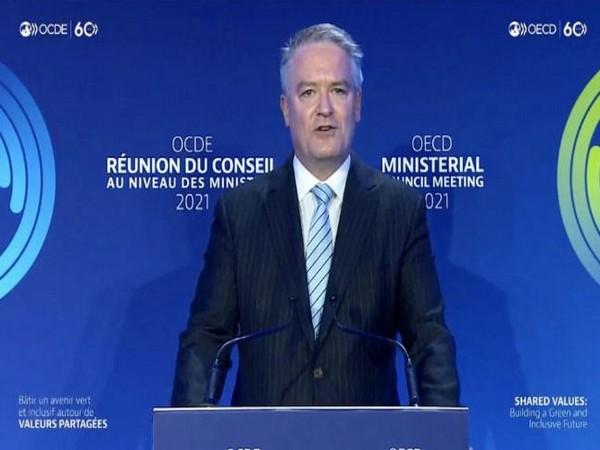 Paris (France) July 2 (ANI): US President Joe Biden’s tax plan has been accepted by 130 countries worldwide including India and China. These nations will implement a global minimum corporate tax rate and duties on multinational giants from 2023, the Organization for Economic Cooperation and Development (OECD) said.

According to a statement, the participants, in online working-level OECD talks, promised to introduce a common minimum tax rate of at least 15 per cent for globally operating companies to prevent them from shifting to low-tax regions to secure extended profits. This policy will close down some of the most notorious tax loopholes in the world and it would generate an estimated USD 150 billion in additional tax revenue each year.

To implement the rule, a multilateral treaty is due to be drawn up in 2022, with each government to prepare necessary revisions of domestic laws and regulations, Kyodo News reported.

“Multinational corporations will no longer be able to pit countries against one another in a bid to push tax rates down and protect their profits at the expense of public revenue…They will no longer be able to avoid paying their fair share by hiding profits generated in the United States, or any other country, in lower-tax jurisdictions. This will level the playing field and make America more competitive,” Washington Post reported citing President Biden.

The new tax pattern will apply to multinational giants with global annual revenue of at least 20 billion euros (USD 24 billion) and a profit margin of over 10 per cent, the agreement also includes for the first time provisions for taxing the US Internet giants such as Google, Facebook and Amazon. Also, the European companies that have implemented their own digital taxes will remove them.

“It is a very, very broad-brush document. Now we have to work to get the details,” said Catherine Schultz, vice president for tax and fiscal policy at the Business Roundtable.

Though it will not be necessary for every country to implement a 15 per cent corporate tax rate, if a country maintains a lower rate, the US would be able to impose a compensatory levy on companies headquartered to achieve the same objective.

Officials have aimed to reach the final deal by end of October when the G20 leaders have planned to meet in Rome. The implementation of this policy will start in 2023. (ANI)