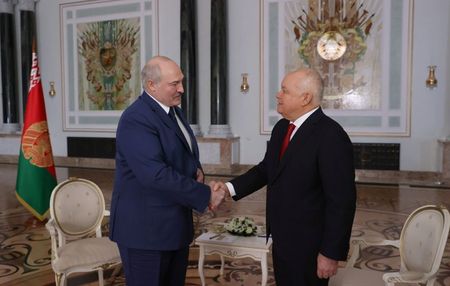 MOSCOW (Reuters) – Belarusian leader Alexander Lukashenko said on Tuesday that the Crimean Peninsula, annexed by Moscow from Ukraine in 2014, was legally Russian territory, RIA news agency reported, in a reversal of his public stance.

Belarus is a close ally of Russia, but did not recognise the peninsula as Russian after Moscow seized it in an annexation that drew condemnation and economic sanctions from the West.

Most of the world still recognises the territory as Ukrainian, and Kyiv wants it back.

“Crimea is de facto Russian. After the referendum Crimea also became de jure Russian,” Lukashenko was quoted as telling RIA. He was referring to a 2014 vote that Russia held as part of the annexation, which was dismissed by Kyiv and the West.

Lukashenko said any visit by him to the peninsula would signal Minsk’s recognition of Crimea as a part of Russia, and that he was awaiting an invitation from Moscow to visit, RIA reported.

Despite its close relations with the Kremlin, Belarus, a former Soviet republic, struck a neutral public stance in 2014 as Russia seized Crimea and backed separatists fighting in eastern Ukraine, a war that Kyiv says has killed 14,000 people.

But Lukashenko, in power since 1994, has grown increasingly close to Russia since huge protests erupted last year following an election in which he claimed victory but which his opponents say was rigged.

Financial and political backing from Moscow helped him weather the protests. 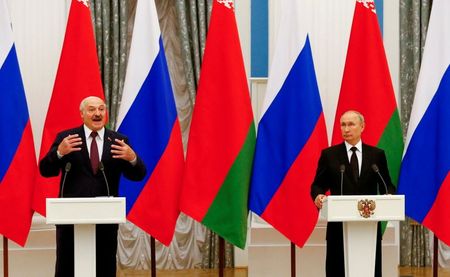