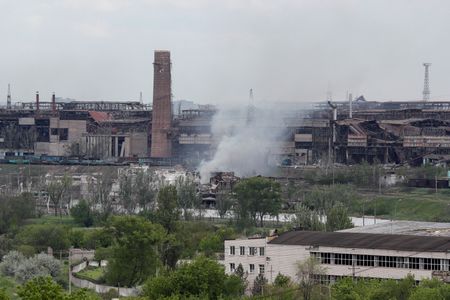 By Jonathan Landay and Tom Balmforth

RUSKA LOZOVA, Ukraine (Reuters) – Russia pummelled positions in the east of Ukraine on Sunday, its defence ministry said, as it sought to encircle Ukrainian forces in the battle for Donbas and fend off a counteroffensive around the strategic Russian-controlled city of Izium.

The North Atlantic Treaty Organization (NATO) secretary general, meanwhile, told a meeting in Germany that Ukraine could win the war, calling for more military support and fast-track approval of Finland and Sweden’s expected bids to join the alliance.

Ukraine has scored a series of successes since Russia invaded on Feb. 24, forcing Russia’s commanders to abandon an advance on the capital Kyiv before making rapid gains to drive them from Kharkiv, Ukraine’s second-biggest city.

Moscow’s invasion, which it calls a “special operation” to disarm Ukraine and protect it from fascists, has jolted European security. Kyiv and its Western allies say the fascism assertion is a baseless pretext for an unprovoked war of aggression.

The president of Finland, which shares a 1,300-km (800-mile) border with Russia, on Sunday confirmed his country would apply to join NATO, a major policy shift prompted by Russia’s invasion. Sweden’s ruling party followed suit.

Since mid-April, Russian forces have focused much of their firepower on trying to capture two eastern provinces known as the Donbas after failing to take Kyiv.

An assessment by British military intelligence said Russia had lost about a third of the ground combat force deployed in February. Its Donbas offensive had fallen “significantly behind schedule” and was unlikely to make rapid advances during the coming 30 days, the assessment said.

“Russia’s war in Ukraine is not going as Moscow had planned,” NATO Secretary-General Jens Stoltenberg said.

Ukraine received a morale boost with victory in the Eurovision Song Contest on Saturday night, a triumph seen as sign of the strength of popular support for Ukraine across Europe.

Ukrainian President Volodymyr Zelenskiy welcomed the win, but said the situation in Donbas remained very difficult and Russian forces were still trying to salvage some kind of victory in a region riven by conflict since 2014.

Still, he vowed in his nightly address on Sunday that Russia’s strikes Sunday on Lviv and elsewhere would only end with any surviving Russian soldiers “taking this evil with them back to Russia.”

‘NOWHERE TO BURY ANYONE’

Russia said on Sunday it had struck Ukrainian positions in the east with missiles, targeting command centres and arsenals as its forces seek to surround Ukrainian units between Izium and Donetsk.

Russia continued to target civilian areas along the entire front line in the Luhansk and Donetsk regions, firing at 23 villages and towns, the task force added.

Reuters was not able to independently confirm the reports.

Izium straddles the Donets river, about 120 km (75 miles) from Kharkiv on the main highway heading southeast.

If Ukraine can sustain pressure on Izium and Russian supply lines, that will make it harder for Moscow to encircle battle-hardened Ukrainian troops on the eastern front in the Donbas.

“The hottest spot remains the Izium direction,” Ukrainian regional governor Oleh Sinegubov said in comments aired on social media. “Our armed forces have switched to a counteroffensive there. The enemy is retreating on some fronts.”

Vadym Denysenko, an adviser to Ukraine’s interior ministry, told Ukrainian TV that forces could move on the border in the next few days to press Russian troops in northeastern Kharkiv.

In Ruska Lozova, a village set in sweeping fields between Kharkiv and Ukraine’s border with Russia, Ukrainian commanders said they believed Moscow was redeploying troops to defend Izium while keeping their opponents pinned down with artillery fire.

“The Russian attack on Kharkiv has been destroyed and they understand this,” said Ihor Obolensky, who commands the National Guard and volunteer force that captured Ruska Lozova eight days ago. “They need to try for a new victory and want to hold Izium.”

But Ukraine’s military also acknowledged setbacks in an update early Sunday, saying: “Despite losses, Russian forces continue to advance in the Lyman, Sievierodonetsk, Avdiivka and Kurakhiv areas in the broader Donbas region.”

Serhiy Gaidai, governor of the eastern Luhansk region, said evacuations were still underway as battles continued around Sievierodonetsk and Russia appeared to be redirecting their forces to the area.

“The aim is to cut the main route Bakhmut-Lysychansk and encircle the entire region,” he told U.S.-funded Radio Free Europe-Radio Liberty.

In western Ukraine near Poland, missiles destroyed military infrastructure overnight on Saturday and were fired at the Lviv region from the Black Sea, Ukrainian officials said.

Another 10 civilians were wounded in the southern region of Mykolaiv in the last 24 hours, the regional council said, without providing details. The reports could not be independently verified.

There was also no letup on Sunday in Russia’s bombardment of the steelworks in the southern port of Mariupol, where a few hundred Ukrainian fighters are holding out weeks after the city fell into Russian hands, the Ukrainian military said.

Brightly burning munitions were shown cascading down on the steel works in a video posted by a pro-Russian separatist commander.

“We are continuing very difficult and delicate negotiations” to save Ukrainians in Mariupol and Azovstal, Zelenskiy said.

A large convoy carrying refugees from the ruins of Mariupol arrived in the Ukrainian-controlled city of Zaporizhzhia late Saturday after waiting days for Russian troops to allow them to leave.

Iryna Petrenko, a 63-year-old in the convoy, said she had stayed initially to care for her 92-year-old mother, who later died: “We buried her next to her house, because there was nowhere to bury anyone.”

Finland and Sweden have both said NATO membership would bolster their security, though Russia has warned it would be a mistake for Helsinki to abandon its neutrality and has vowed action to “strengthen” its border with Finland if NATO weapons are positioned there.

Sweden’s ruling Social Democrats on Sunday backed NATO membership, paving the way for an application and abandoning decades of military nonalignment with its prime minister to seek parliament’s support on Monday.

NATO’s Stoltenberg and U.S. Secretary of State Antony Blinken both expressed confidence that Turkey’s concerns about the bids by the Baltic states could be overcome, with Stoltenberg indicating that an accelerated accession process and interim security arrangements would be possible.

As well as losing large numbers of men and much military equipment, Russia has been hit by economic sanctions, while Western states have provided Ukraine with military aid.

Ukraine has deployed many of its new U.S. M-777 howitzers at the front lines, and Washington has delivered all but one of the 90 artillery pieces they were due to send, the U.S. embassy in Kyiv said.

U.S. lawmakers are set to press ahead this week with efforts to send more aid. 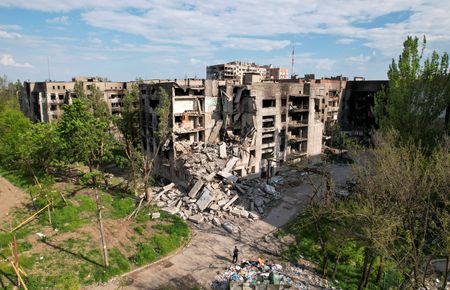 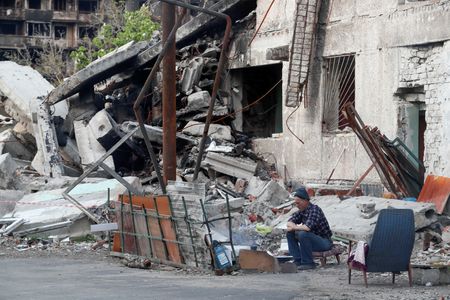 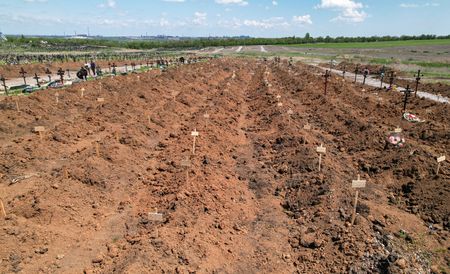 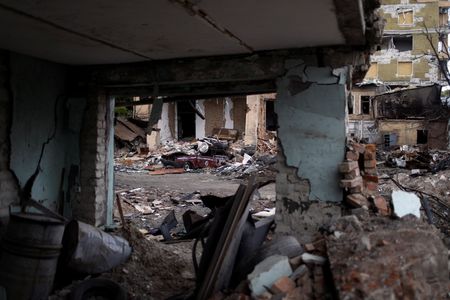 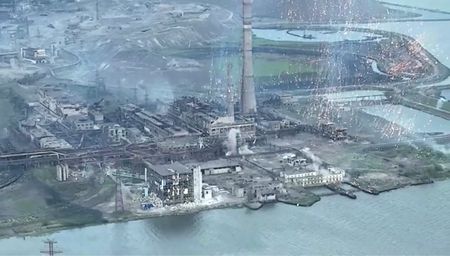 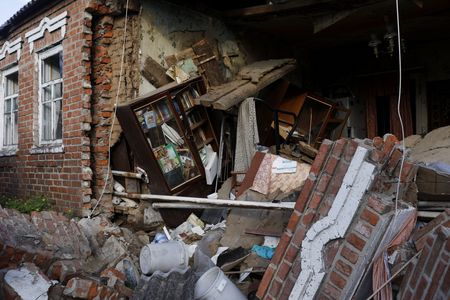 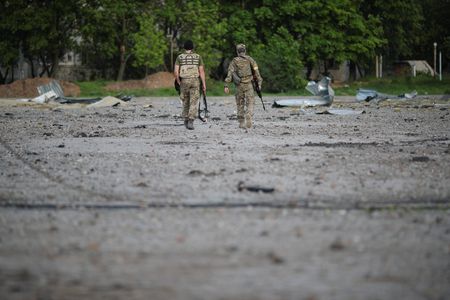