ASEAN Turns the Heat on Myanmar 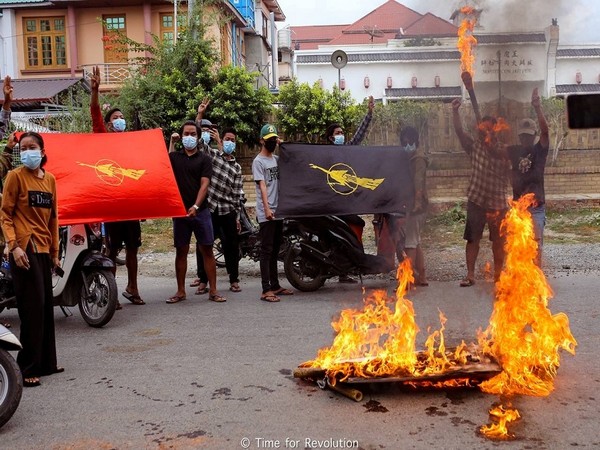 At an emergency ASEAN Ministerial Meeting (AMM) on 15 October 2021, the ASEAN ministers took an unprecedented decision. This was to almost exclude Myanmar from the next summit proceedings.

The ASEAN second summit of 2021 is scheduled for the last week of October. Traditionally, that summit precedes the East Asia Summit in which the leading powers of the region participate. It also has ASEAN plus one summit meetings with the dialogue partners.

The AMM decision to ask the Myanmar junta not to attend the summits has taken many by surprise. The decision is not to invite the junta nor the earlier legally constituted government which was overthrown in a military coup on 1 February 2021. Instead, a ‘non-political’ representation of Myanmar may be invited.

At that time, ASEAN had decided to step out of its traditional ‘non-interference in internal affairs of a member country’ approach. Not all ASEAN members agreed to it, but a consensus was pushed through, mainly due to the efforts of Indonesia, Singapore, and Vietnam. Brunei, as the chair of ASEAN for the year, had a difficult task on its hands.

At the ASEAN leaders meeting, the 5-point consensus included an immediate cessation of violence in Myanmar, constructive dialogue among all parties, the appointment of a Special ASEAN Envoy (SE) to facilitate dialogue, the provision of humanitarian assistance, and a visit by the envoy to Myanmar. The SE, was expected to deal with all parties in Myanmar, and try and come up with a solution.

The Myanmar junta did not implement the consensus. About 1000 civilian deaths in protests occurred. Aung San Suu Kyi is charged along with three associates, for corruption, violating Covid rules, and violating the Official Secrets Act. If convicted, she could attract the maximum prison term of 14 years; at 76, such a term would achieve the junta’s objective of politically removing her from the scene.

ASEAN became anxious as despite several discussions on possible Special Envoys, the initiative remained infructuous. Initially, it was felt that Brunei was not taking a firm position, and was perhaps bending over backwards to accommodate Myanmar. All the suggested names for a SE were turned down in Naypyidaw. Finally, Brunei decided to appoint its second Foreign Minister, Erywan Yusof as the SE. With this, a breakthrough was expected.

However, Myanmar remain recalcitrant. The junta refused to allow the SE to meet with Aung San Suu Kyi or her associates on the ground that they were all charged with crimes under Myanmar law. The ASEAN SE was basically told he could meet the regime and people who were not afoul of it. This made the visit of the ASEAN SE superfluous.

The emergency AMM was called by Brunei soon after the snub to its SE, showing more spine than before. The trigger for the decision to suspend Myanmar’s political participation is the inability of the Myanmar regime to abide by its commitments to its ASEAN partners.

Secondly, there is a fear that even though the EAS and associated summits are being held virtually, important partners like the US, Australia, and others may downgrade their presence at the summit if Myanmar’s military representative is present. This is the first occasion for ASEAN leaders to meet US President Biden and Japanese PM Kishida. ASEAN does not want to risk this.

ASEAN is in an important position in the Indo Pacific, and there is much focus on it. It cannot afford to allow the issue of Myanmar to cloud its most important diplomatic event of the year. For Brunei, an opportunity to chair the ASEAN/EAS comes once in 10 years. It is now evident that they are miffed with Myanmar, and unwilling to risk a dilution of the EAS under their Sultan’s chairmanship. He will be 85 when his next turn to Chair ASEAN comes.

The third aspect is that ASEAN has other important things to discuss: the pandemic, economic recovery and the situation in the Indo-Pacific. The latter is threatening to unbalance ASEAN and its centrality is challenged by Chinese activities, the Quad and now, the AUKUS. ASEAN needs to work hard to maintain its centrality and credibility in the evolving conception of things. Getting bogged down in Myanmar, and being seen as ineffective would detract attention and bring ASEAN efficacy into further question.

Fourthly, ASEAN is now moving to a model where a positive vote of all the 10 members is no more required for a decision. Myanmar has bitterly complained that an ASEAN consensus in the traditional way was lacking on the decision to suspend the participation of the military regime. However, Myanmar perhaps did not see the writing on the wall. The leaders meeting in April, was an exceptional situation, and was not a regular Summit. At that time Myanmar’s military leader participated. The five-point consensus which they agreed to was with a majority view, not a full membership consensus.

A similar majority view of the more vocal and determined ASEAN members like Indonesia, Singapore, Malaysia and the Philippines has taken root. It is only countries like Thailand, which is also run by a military government, and Cambodia and Laos, which take more passive positions who are not part of the consensus but are not allowed to veto decisions which a chairman may take. The Myanmar imbroglio has created the space for ASEAN to progress from a full consensus model to a model where the views of dominant states would count.

Finally, Myanmar has shown itself to be an inept member of ASEAN. Its contradictions with ASEAN are old. It’s admission in 1997 was on the basis of political reform and accommodation. It was  asked to defer its first opportunity to hold a summit, because it was not politically ready. Finally, it was given the privilege of hosting a summit in 2014 on a delayed basis. Some ASEAN members like Indonesia and Malaysia are discomforted by the problem of the Rohingyas in Rakhine State. While ASEAN has not taken a direct view on that because of the non-interference principle, Indonesia and Malaysia undertook several bilateral efforts in a benign way with Myanmar to alleviate humanitarian issues.

Unlike other ASEAN member states, Myanmar brings several problems which challenge ASEAN’s working methods. ASEAN countries now are beginning to wonder why they are carrying this burden when there is more of importance happening in their region. The inability to deal with Myanmar singes ASEAN claims to centrality and abiding by the principles of the ASEAN charter, it’s three communities and the terms of the Treaty of Amity and Cooperation.

Indonesian President Jokowi has said that Indonesia initiated the idea of excluding Myanmar’s regime if the SE initiative did not start. They received support from Singapore, Malaysia and the Philippines. Singapore Foreign Minister Vivian Balakrishnan said on Twitter the result of the AMM was a “difficult but necessary decision to uphold ASEAN’s credibility.” Philippines Foreign Minister Teodoro Locsin said before the AMM that ASEAN could no longer take an ambivalent stance on Myanmar, since, “our credibility as a real regional organisation disappears … We’re a bunch of guys who always agree with each other on the worthless things.”

This decision is a small but important step for ASEAN and its working methods. With Cambodia taking over as Chairman for 2022 more such initiatives may be necessary for ASEAN to remain balanced and relevant.