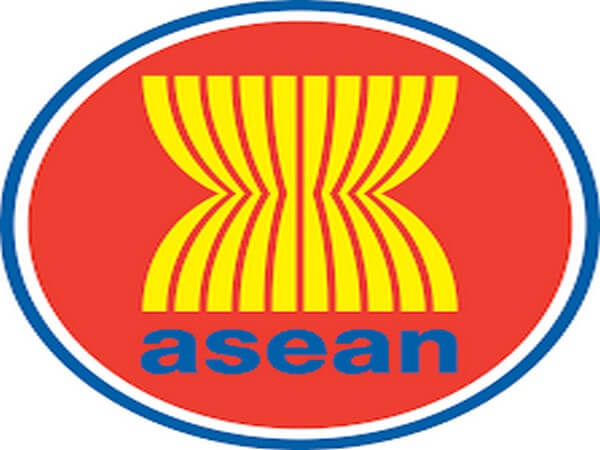 While attention is focused on the next Quad summit and the US-China rivalry, there is perceptible movement in strategic engagement in the Indo-Pacific particularly with ASEAN countries.

This includes the visit of US Secretary of Defence, Lloyd Austin to ASEAN, the visit of the UK armada for joint activities in the region and the visit of a German naval ship in July.

The sailing of the German frigate Bayern is the first effort by Germany in two decades, to be active in the Indo-Pacific region. It emanates from the German guidelines for Indo-Pacific engagement.[1] As in the guidelines, so through the visit of the frigate, Germany is not trying to tell China off. Its main message is for Germany’s friends in the region and Quad members Japan, Australia and the USA. Australia, Guam, Japan, China, Singapore and East Africa are part of its month-long deployment.[2] Interestingly, the frigate intends visiting Shanghai. It will visit India on its return journey.

Germany is facing mixed Chinese messaging. The Chinese have sought a clarification as to the intention of the visit of this frigate which will sail through the South China Sea. German efforts to say the right thing to the right partner creates echoes which confuse China and its competitors in the region. Germany will need to finesse the ships visit to ensure that it makes positive engagements, even if it does not take sides in the current tension. Sailing through the South China Sea has its own cause for consequences which Germany will have to deal with.[3]

The UK is also marking a return to the region. Its armada led by HMS Queen Elizabeth, a large aircraft carrier carrying F-35 stealth fighter jets, is making itself visible through the region, carrying out joint exercises and port calls. They carried out joint exercises with the Indian Navy on 22 and 23 July while on their way to the South China Sea. Exercises around Karwar are expected in October, as well as off the coast of Goa on the high seas, when the armada will be returning to the UK.

The armada includes US and Dutch vessels. The destroyers, frigates and support vessels will hold exercises with Japan, South Korea, New Zealand and Australian navies. They conducted joint antipiracy drills with Japan in the Gulf of Aden. This deployment by the UK in the South China Sea and the Indo-Pacific is part of United Kingdom’s pivot to Asia.[4] While Britain too does not want to rile China, particularly on economic issues, it wants to be on the side of the democracies keeping a Free and Open Indo-Pacific (FOIP).  The UK decided to have a permanent deployment of two patrol boats in the region from August, with support from Singapore, Australia and Japan.[5] It already has arrangements with Brunei too.

In late July, US Defence Secretary Lloyd Austin visited Singapore, Vietnam and the Philippines. This was the first major interaction between the Biden administration and ASEAN countries. Secretary Blinken virtually participated in the US-ASEAN foreign ministers meeting on 3 August.[6] Later in August a visit by Vice President Kamala Harris to Singapore and Vietnam is anticipated.[7]

Austin’s visit showed the dual track that Washington is taking in the region. On one side, the US with its close partners is willing to challenge China’s dominance in the region. In fact, the Biden administration has moved much faster than anticipated on the Quad. On the other side, it has now sought to reconnect with ASEAN, which values its centrality. ASEAN itself follows a dual track under its ‘strategic autonomy’ by giving primacy to China in economy and seeking support for the security imbalance with it.

Austin reassured ASEAN countries that their centrality was important to the USA. ASEAN is the only regional architecture hence requires support and cannot be ignored since it is a ‘strategic imperative of partnership’.[8]

This is not to say that ASEAN does not cause anxiety in the US mind. ASEAN is unlikely to contend with China in a determined manner. Its traditional outsourcing of its defence to the USA faltered as the US pivot to Asia did not take place during the Obama administration. ASEAN has higher hopes from the Biden administration and wishes it would have a clearer focus on ASEAN, rather than be distracted by more urgent requirements. The series of US engagements now with ASEAN, conveys that they are not absent from US thinking. For the long term, ASEAN remains an important ingredient of the US Indo- Pacific policy.

A third area where ASEAN was perhaps assuaged was the message that while the Trump administration followed an America first policy, Biden was now seeking a larger partnership including dealing with the pandemic and the rights and livelihoods of people in Southeast Asia. Blinken said this in his meeting with ASEAN Foreign Minister’s without referring to China even once.[9] ASEAN is actually challenged by China trampling on their fishing areas which hurts their people. The FOIP should not be seen by ASEAN countries as merely a US or Quad construct. It is equally applicable to them and their benefit.

The US reaffirmation of ASEAN centrality and support for the ASEAN Outlook on the Indo-Pacific as part of the US vision for a FOIP was part of the message of Austin’s visit to the three countries and Blinken’s virtual meeting with ASEAN Foreign Minister’s.

ASEAN, as part of its centrality, adores being a balancer of views and the renewed US engagement places it in that zone of comfort. The visit of the UK and German navies reaffirms this for ASEAN too. The message of a better, more equal partnership is welcomed as in the Philippines.[10] But this brings more responsibility for ASEAN too. The question now is: will mutual expectations among ASEAN and its partners be fulfilled?

Ambassador Gurjit Singh was an Indian diplomat for 37 years. He has been the Ambassador of India to Germany, Indonesia, Timor-Leste & ASEAN and Ethiopia, Djibouti and the African Union besides having been in in Japan, Sri Lanka, Kenya, and Italy on assignment. He was the Sherpa for the first 2 India-Africa Summits and his book ‘The Injera and the Parantha’ on India and Ethiopia was well received. He has also written books on India’s relations with Japan, Indonesia, and Germany.

Aug 09, 2021
Geopolitical Epicentre The importance of SE Asia has to be understood in the context of shifting Geopolitical epicentre of the world With the changes in Economic and Military powers of the nation the Geopolitical Epicentre shifts. During the first half of twentieth century Epicentre was Central Europe. During cold war period geoplitcal epicentre had shifted to Middle East With the power shift eastwards it has now shifted to SE Asia. The game of superpower rivalry is likely to be played out in this area as it was played out in Central Europe and Middle East in the past Interestingly till now the Geopolitical Excitement has always been located in Spykmans Rimland. However this is likely to change by the end of this century. By. the end of 21st Century Geoplitical Epicentre is likely to shift to SPACE

Aug 09, 2021
ASEAN, a grouping of 10 SEA countries, gains relevance owing to its geographic location. But measured by any other yardstick, it's actually a collection of misfits. It has 10 different types of - political structures, stages of economic development, currencies, level of corruption, military and financial capacities, and national aspirations. Moreover, these countries rarely see eye to eye on any important matters and the level of cohesion amongst them is sub-par. In fact, the Singaporeans, for example, still prepare for a potential war with Malaysia and Indonesia. Virtually all the ASEAN countries have also been deeply penetrated by the Chinese. ASEAN is like an orange - once the outer veneer is peeled, the individual segments are easy to tear away. India should be realistic about what ASEAN can really bring to the table. More importantly, India should be careful not to get sucked into an unnecessary conflict because of these countries. Also, be careful of the Europeans - aside from France which has some territories, none of them really have any strategic skin in the game in this region. ASEAN is composed of thousands of small islands, so the ideal scenario would be to take over a few strategic islands and work closely with our existing QUAD partners. Too many chefs spoil the broth.

Aug 09, 2021
ASEAN, a grouping of 10 SEA countries, is an important player by virtue of its geographic location. But measured by any other yardstick, it’s actually collection of misfits - it has 10 different types of political structures, stages of economic development, currencies, level of corruption, military and financial capacities, and national aspirations. Moreover, these countries barely see eye to eye on any important matters and the level of cohesion amongst them is sub-par. ASEAN is like an orange - once the outer veneer is peeled, its individual segments are easy to tear away. Thus, we should be realistic about ASEAN’s real utility in managing China.