An Old Kinship and India-China Relation 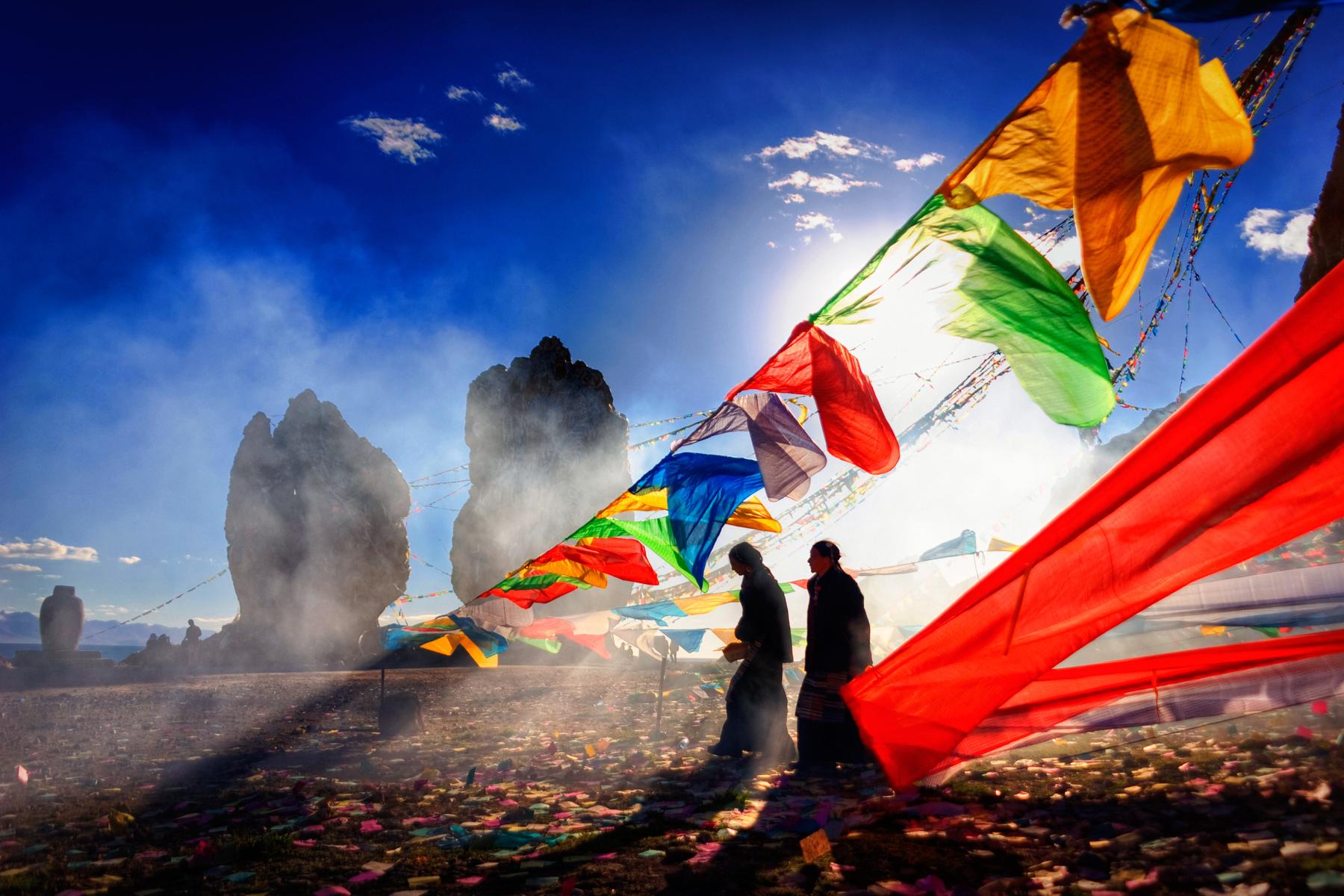 An Old Kinship and India-China Relation

For centuries India and Tibet shared values, not only in the spiritual realm (Mt Kailash, the sacred mountain of the Hindus and Jains is in Tibet after all), but also civilizational and political, with a peaceful common frontier; there were the extensive economic and trade connections through the entire Himalayan belt, from Demchok in Ladakh to today’s Anjaw district of Arunachal Pradesh.

Where has this kinship gone?

It came to an end after the armies of Mao Zedong brutally entered Tibet in 1950/1951; the Communists in Beijing argued that they had come to ‘liberate’ the Land of Snows. Though, Nehru once said in Parliament that it was not clear from what the Dalai Lama’s country needed to be ‘liberated’, for the sake of a utopian friendship with the Chinese Dragon, the kingship with the Independent Buddhist nation was sacrificed and Delhi slowly started to withdraw from the Tibetan plateau, leaving the Tibetans to their gloomy destiny.

India should have immediately realized that something was wrong; less than two months after the infamous Panchsheel Agreement was inked in 1954, the People’s Liberation Army (PLA) started intruding in Barahoti, in the Central Sector of Indo-Tibet frontier, which soon would become the Sino-Indian border.

The ‘Panchsheel’ based on lofty principles, was the last nail in the coffin of a gentle civilization based on the teachings of Gautama Buddha, which for twelve centuries had flourished in Tibet; the real name of the accord was ‘An Agreement (with an exchange of notes) on Trade and Intercourse between Tibet Region of China and India’; it was only supposed to regulate customary trade and pilgrimage, but being idealistic, the Indian Prime Minister added the preamble (incidentally, Nehru, a great defender of the ‘colonized’ nations, did not inform the Dalai Lama or his administration about this new agreement with China).

Slowly the Chinese presence on the plateau grew omnipresent and eventually, the Dalai Lama had to flee his native land in March 1959, an event that directly led to the 1962 border conflict.

Only then did the Indian Prime Minister realize that he had given away a peaceful frontier, without even a police force to guard it …all this for a mere chimera of friendship with China.

India has paid a heavy price for the blunder and continues to pay it till today; for example presently in Ladakh, where a lakh of Indian soldiers have to face the vagaries of the harsh climate, high altitude …and the PLA.

One of the many tragedies within the tragedy is that Sardar Patel, who had clearly enunciated the implications of ‘giving’ away Tibet to China in his famous letter written six weeks before his demise, was no more to counter Nehru and his ambassador to China, KM Panikkar (and later defense minister VK Krishna Menon).

Observers thought that with the arrival of the BJP in power, the old Nehruvian policy would change; it was not to be, though the then Tibetan Sikyong (‘President’) Lobsang Sangay was invited to the swearing-in ceremony of Prime Minister Narendra Modi in 2014.

In fact, things slowly got worse for Dharamshala with the Ministry of External Affairs trying to ‘engage’ (at any cost for India) the Communist administration in Beijing. Nothing good resulted from the policy, ‘let us not irritate the Chinese government’ (the old panacea in a not-so-new bottle).

The Doklam episode was the first collateral of this policy. After 73 days of stand-off, an agreement was found to avoid a clash at the tri-junction Sikkim-Tibet-Bhutan, but the Chinese were quick to disown their engagements.

Then came the February 2018 MEA Directive, Foreign Secretary Vijay Gokhale asked the Cabinet Secretary to issue a “classified circular advisory advising all Ministries/Departments of Government of India as well as State Governments not to accept any invitation or to participate in [the 60th anniversary of the Dalai Lama’s arrival in India].” Delhi continued to follow the old wishful concept, that by pleasing China, Beijing would reciprocate in kind.

The Modi Sarkar thought India could work with Xi Jinping.

It was followed by the ‘Chennai Connect’ in October 2019; the leaders of both countries announced that they would “prudently manage their differences and not allow differences on any issue to become disputes.”  On the final day of the two-day informal summit at the seaside resort of Mamallapuram, it was decided to ‘consolidate strategic communication’.  Tibet and the Dalai Lama became dirty words, not to be pronounced by anybody in India.

It is China who helped Delhi come out of its torpor; the PLA advanced in several areas in Ladakh in May 2020, at a time when India was struggling with the Wuhan virus, widely acknowledged to have originated in the megacity, which had witnessed the ‘Consensus’ less than two years earlier.

More than a year after the beginning of the face-off in Ladakh; External Affairs Minister Dr Jaishankar recently admitted in Moscow: “…for the last one year, there has been a lot of concern about the relationship because China has not observed agreements it had signed up for when it came to our border,” the minister added: “Peace and tranquility on the border, for any country, is the foundation of a relationship with a neighbour.” But way back in 1954 already, the Panchsheel Agreement was not respected.

With this background, the phone call of Prime Minister Modi on the occasion of the Dalai Lama’s birthday came as a pleasant surprise. On July 6, Mr Modi tweeted: “Spoke on phone to His Holiness the @DalaiLama to convey greetings on his 86th birthday. We wish him a long and healthy life.”

This simple call, made public via Twitter, is significant for many reasons.

In a way, this phone call rebalances India’s China Policy (which has never really existed) at a time Beijing prepares for the post-Dalai Lama era, by putting in place strict ‘regulations’ to be able to decide who will be the 15th Dalai Lama.

The phone call hopefully indicates that though India is a secular state and will not intervene in the Dalai Lama’s succession, but it will stand by the Tibetan leader’s decision.

The fact that the Prime Minister wished the Dalai Lama is certainly an important message across the Himalayas; indeed, the old relationship between Tibet and India is very much alive.

It is also particularly significant as the PLA is trying its best to recruit more Tibetans in its ranks, to one day raise a Tibetan unit to match the Special Frontier Force (SFF), composed of Tibetan refugees in India. The SFF fought so well in August 2020, conquering the Kailash range south of the Pangong Lake, for the Indian Army.

The need of the hour for Dharamshala and Delhi is, among other things, to jointly work for the preservation of the Buddhist tradition, another domain where atheist China is trying to lead the world.

While taking into account the emerging Dragon in the north, India cannot ignore the centuries-old kinship in Tibet; a closer synergy should be established between the Indian government and Dharamshala, and this in many domains, starting in the cultural and religious fields, without forgetting the Himalayan population which should be taken on board.

Claude Arpi is French-born author, journalist, historian and Tibetologist. He is the author of several books including India-Tibet Relations (1947-1962) in 4 volumes and The Fate of Tibet: When Big Insects Eat Small Insects.  He has written several articles on Tibet, China, India and Indo-French relations. He is the director of the Pavilion of Tibetan Culture at Auroville.