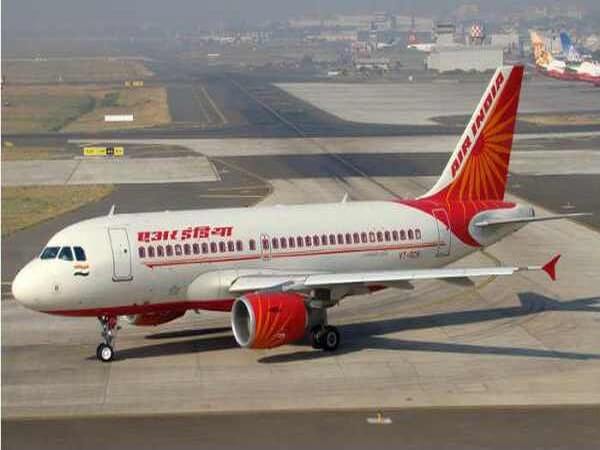 The sale of Air India to Tata Sons is not any ordinary privatisation. It is ‘ghar wapasi’ in more sense than one. Air India which began as Tata Airlines pioneered by the great Indian entrepreneur JRD Tata in 1932 was one of the earliest airlines in the world. Just as Jamshedji Tata built an iron and steel company in early years of the twentieth century, his descendant founded an airline. Tata ran it successfully as a business, expanding it and naming it Air India in 1946 and with international flights in its portfolio, it became Air India International in 1948.

Nothing was wrong with Air India. It was not in trouble of any kind except the dogma of Fabian Socialism espoused by Jawaharlal Nehru. As he told JRD, Nehru thought profit was a dirty word. As a popular leader, widely seen as chosen by Mahatma Gandhi as his successor, Nehru had the power to shape India and its economy as he chose. Alas he chose wrong. So wrong that he sentenced India to forty years of economic stagnation, starvation and continued poverty. The experience of Air India is a perfect story of the disease from which India has not yet fully recovered.

Air India was nationalised in 1953. There was no sensible reason for this decision. The socialist idea was to take ‘commanding heights’ of the economy into public ownership. But an airline recently started could not possibly be described as commanding heights. If anything, it was high value mode of transport not suitable for a vast majority of people. It was one thing to nationalise railways, but why airline?

The return of Air India back to the private sector after sixty-eight years is symptomatic of much that is still wrong with Indian economic policy. Be it Congress or BJP, there is a serious mistrust of private sector in the government circles. The Rao- Singh government broke away from India’s export pessimism and opened the economy up after forty-four years of autarky or national self-sufficiency. But private sector is unloved by Indian politicians, Left or Right.

South Korea which had suffered a serious war in its early years of independence after decades under Japanese imperialism, chose a path of collaboration between government and business, when it started on its path of development. The World Bank advised South Korea to follow India’s strategy but the Koreans politely rejected. South Korea poorer than India in 1960 is now several times richer and a member of OECD.

Take Air India as a perfect example of why India is a laggard in Asia. It was badly run. When inland air travel was monopolised by Indian Airlines, I remember the chaotic conditions of travelling even when you had a reservation. It is only after other private airlines began to operate that air travel became pleasant. Indian Airlines began to lose money so it was merged with Air India. There followed a dozen years of steadily rising losses, same as in nationalised banks, the supreme folly of Indira Gandhi. The government covered Rs 1,10,276 Crores of operating losses of Air India to keep it going. How many children could you feed round the year with that money?

The losses made by Air India were astronomical. Those who defend public ownership are those people employed in the unit or as in case of Air India public sector employees, politicians and ministers who get privileged travel. The losses made are coming out of the pockets of the poor because the Government has to spend good money which could feed, clothe or shelter the poor to pay for inefficiencies of the Airlines as well as other units in the public sector.

The size of loss Tata’s have taken on board by one estimate is Rs 153 billion plus paying Rs 27 billion cash (I have seen other estimates as well), leaving the Government with Rs 463 billion losses to cover and Rs 147 billion of non-core (junk) assets. When you think of the size of the debt, in fact Air India had negative net value. The government is lucky to find Tata being so generous.

There has been long delay in selling off loss-making public-sector units. There was some action during the Vajpayee Government when Arun Shourie proved to be a successful minister in divesting public sector units. But, by and large, there is a fear of employee’s unions objecting to privatisation. This is not surprising because those losses are their salaries. The idea that public sector loss making is a tax on the majority of poor Indians is not something any politician will dare articulate.

India at independence was the seventh largest industrial country. It had been a predominantly private sector economy for several centuries with a sophisticated financial network, a thriving tradition of international trade since ancient times and one of the two richest regions. Even though Industrial Revolution happened during late eighteenth century in England with new technology displacing old in Europe as well as rest of the world, India began to industrialise ahead of all other countries in Asia or Africa. It had textile mills and railroad before any other country.

Nehru had power and he had influence. The Soviet Union was thought to be a success and a lesson for ex-colonial countries. Nehru took India down the public sector and planning path. India had a world beating textile industry but being private it was discouraged. Public sector investment was expensive and unproductive. Plan after Plan was framed with targets for expenditure and growth. The growth was paltry at around 3% per annum and 1% or less per capita- the so-called Hindu rate of growth for forty years.

Let us hope that Air India sale off is a turning point in Indian economic policy. Seventy-five years is long enough to learn from our mistakes. Wholesale privatisation should be the programme. Have a bonanza of sale of public sector enterprises. Cut the losses drastically. Follow the private path to eliminate poverty.

Lord Meghnad Desai is a British economist and former Labour politician. He is Professor Emeritus of the London School of Economics. He has been awarded the Padma Bhushan, the third highest civilian award in India, in 2008.