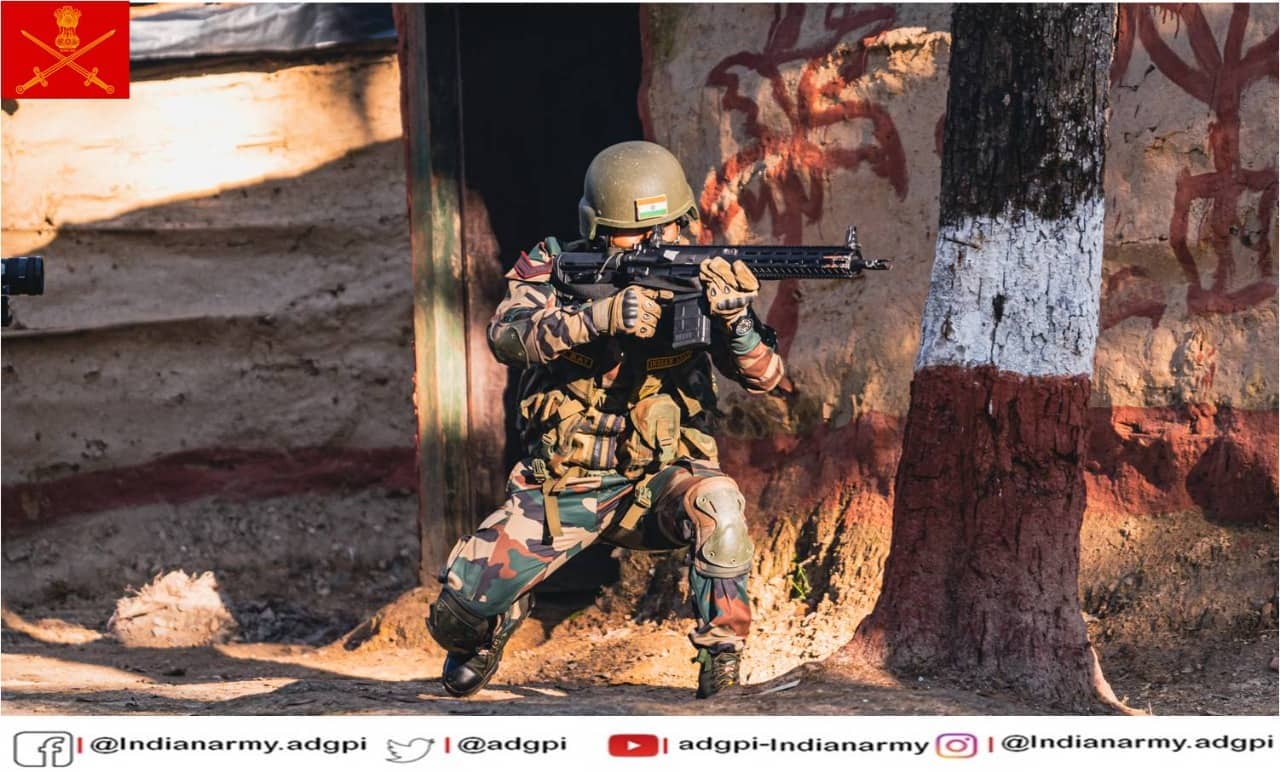 The President’s Commission order given to each Gentleman Cadet (GC) before he passes out from the Indian Military Academy (IMA), Dehradun and the Officers Training Academy (OTA), Chennai to become a commissioned officer in the Indian Army has four paragraphs and in it is written that any task entrusted has to be discharged diligently.

The oath which every GC of IMA and OTA takes before he is pipped with the ranks of Lieutenant which entails him becoming a commissioned officer in the Indian Army includes going by land, sea or air whenever ordered. A similar oath is taken by every recruit before he becomes a soldier in the various Regimental Centres across the country.

And so in the directives of the President’s Commission and the oath taken before donning the olive greens in the Army or the whites in the Navy or the blues in the Air Force, it is mandatory for every soldier of the Indian Armed Forces to be on the alert around the clock throughout the year and if the call of duty so beckons, to sacrifice one’s life or limb without blinking an eyelid in accordance with the Chetwode Motto that is inscribed in the IMA and the OTA, “The safety, honour and welfare of your country comes first, always and every time. The honour, welfare and comfort of the men you command comes next. Your own ease, comfort and safety comes last, always and every time”.

Adherence to the above also entails a disrupted family life and frequent change of schools of children of armed forces personnel, but that is all part and parcel of the noble profession of arms.

Recognising the tough life that a soldier leads in the armed forces, 26 States of the United States of America (USA) have given tax exemption on defence pensions.

In India the defence pensions are taxed except for certain types of pensions like the disability pensions etc. And this is not due to any politics but a simple provision being followed since our independence that defence pension is treated as salary for the purposes of calculating the income tax.

Can classifying defence pension as salary be justified is the moot point in question?

Let us first look as to why is defence pension still being given from the state exchequer though all the government organisations have shifted to the National Pension Scheme (NPS) since 01 January 2004. Indian Armed Forces personnel retire at much younger ages compared to their counterparts in the other government organisations and in the corporate. The main reason being the young age profile that has to be maintained in the rank and file of the armed forces so that they remain physically fit and agile to undertake any operation whenever called upon.

In my opinion pension should not be classified as a salary as it is an amount being given for early retirement due to the peculiar requirement of retiring its personnel at a younger age profile to retain the combat readiness and the operational efficiency of the armed forces. Two reasons for the justification that pension should not be treated as salary for income tax purposes are as follows.

Firstly, post retirement in the younger age bracket which is an operational necessity, finds many veterans at a difficult crossroad in life wherein the family responsibilities are tremendous and the job opportunities in the civil sector are far and few, forcing many veterans to either take up jobs not commensurate to their status or simply sit at home unemployed. Both of which have serious repercussions on his personal life.

And secondly there is a sharp dip in income when the salary and the pension of an armed forces personnel is compared. Had the pensionary amount been same as the salary amount, definitely it should continue to be taxed.

Though the Central Government in its right earnest has tried to mitigate this hardship of the veterans by announcing the One Rank One Pension (OROP) on 05 September 2015, but a small step of making pensions of the armed forces pensioners tax free would go a long way in ameliorating the hardships that the veterans face post retirement.

For a nation where the budget amount in 2021 was Rs 19.76 trillion, an amount of Rs 19,000 crores that it will entail for making the pensions of the Indian armed forces personnel drawing MSP tax free is miniscule and can be well afforded.

A grand beginning for the veteran’s welfare has been already made with the implementation of the OROP. Let the winning run for the armed forces pensioners welfare be their pensions being made tax exempted. 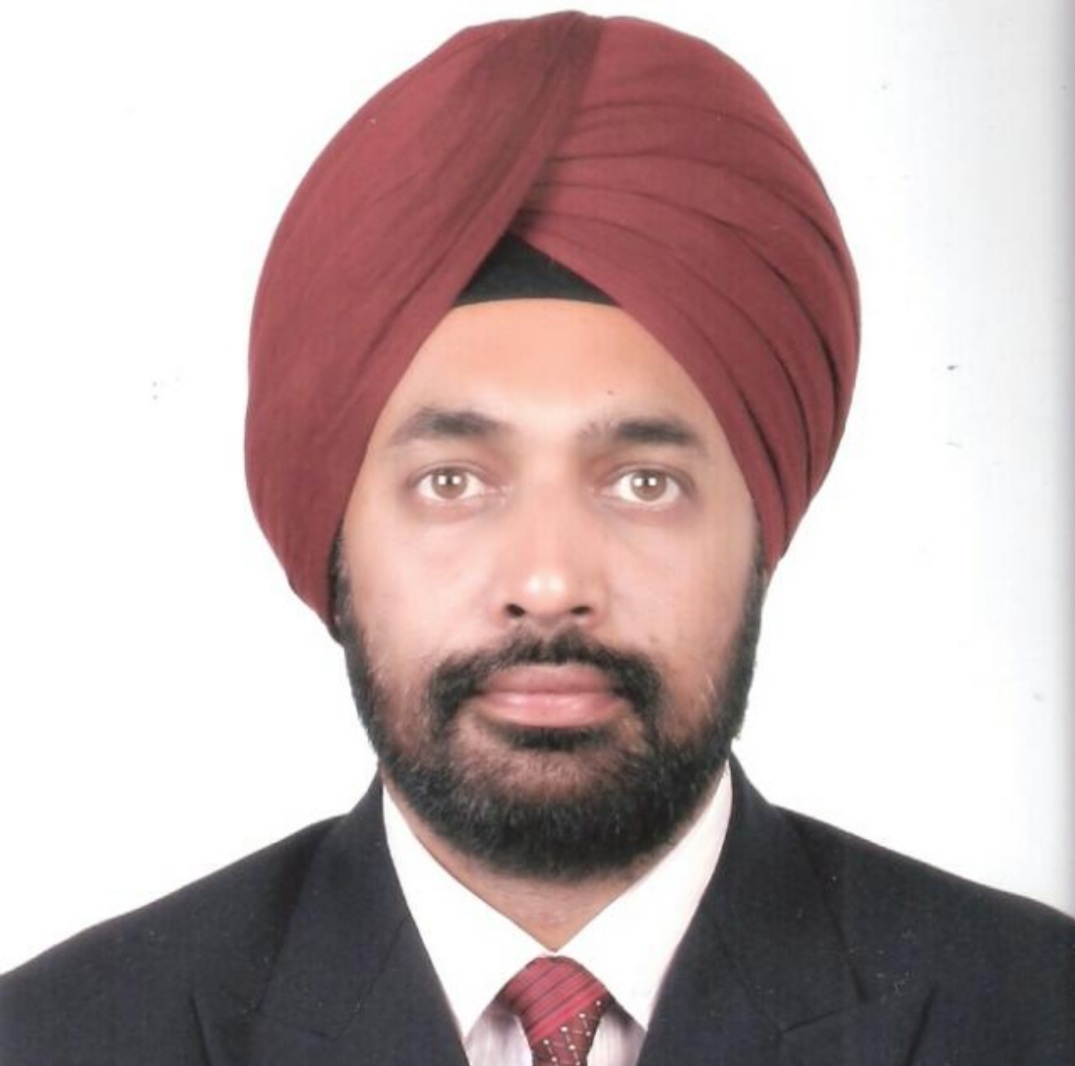 The writer is a veteran who served in the Indian Army. He retired from the Corps of Engineers and is an alumnus of NDA, Khadakwasla and IIT Kanpur. He is a M Tech in Structures has also done MBA and LLB. He is a prolific writer.

Mar 07, 2022
No doubt the author has given his thought and everybody has right to comment on that. In this regard I would like to suggest that the present Government has already favoured the defence personnel by not stopping their pension, whereas it has done so for other Government employees w. e. f. 2004 onwards. Now let us not show our mean mentality by claiming tax exemption on the pension given to us inspite of curtailment of the same for others. Even I see that unlike during our time, the defence personals are respected everywhere in modern days. So let us be content and contribute whatever little we can in the form of income tax for the sake of nation building and feel proud about that. Jai Hind, Jai Bharat.

Mar 05, 2022
I completely agree with your views of Income tax exemption on the pensions of armed forces going by the difficult service conditions. Certain tax exemptions must also be brought in for those in service. The criterion of those drawing military service pay for the purpose of exemption is far from logical. BSF which is the First line of Defence is facing the same hardships as the Army does. Guarding the Borders and manning the LoC alongside Army. BSF also fights shoulder to shoulder with the Army during war. These brave men and women of BSF must also be given the Income tax exemption.

Mar 04, 2022
I agree with the views of author. I can't even think that this Govt which is trying its hard to demolish/curtain defence pension, will make it tax free. These civilians don't know the hardships(-50°c to +50°c) of military life. They should make their children join military and serve the nation.

Mar 04, 2022
Sir, Is your calculation also applicable for our Jawans i.e. JCOs and OR who retired more early than officers? If yes, then how you calculate an average pension as Rs 1 Lakh for a NCO who retired as Havildar/Sergeant/Petty Officers or a JCO who retired in the rank of Subedar Major? What about those whose pension is not Rs 12 Lakh PA but under tax ceiling? What about those experienced soldiers who are forced to guard a Society, Bank, Mobile Tower etc merely for Rs 10,000/- which clubbed his monthly pension average to 35 to 45 thousand per month to survived in this uncivilized society? How many officers are unemployed after retirement who retired in early ages (SSC)? Sir, calculate a ratio of unemployed Jawans and Officers after retirement. It's India, where it's a tradition that those who get much, asked for more freebies. Govt is also keeping their ass safe in form of freebies to these categories while in service (including their families) and even after retirement. Calculate and let our citizens know the average retirement age of a Jawans and Officers.

Mar 04, 2022
This is a peculiar argument. A tax rate of 8000 rs median implies that the soldier pension is already raking in about 80-90K per month. That's a pretty good salary on itself.

Mar 04, 2022
Author's proposal makes no sense. Culture of freebies need to stop for all. Farmers, Soldiers, Bureaucrats and Politicians - all are enjoying freebies. All are supposed to be doing their bit for the nation and not use their position to milk the country at the expense of tax payers.

Mar 04, 2022
For all fallen heroes, let country make everything free, free education for his children, free ration, tax free pension, free house for his dependents. For all other ex-service men, please stop all freebees. Country thank you for your service and pay you pension as all other govt servants, stop subsidized army canteen and all other special privileges to ex servicemen. They are all Patriots of highest standard and definitely did not join the force for money, they will definitely sacrifice even their pension if it is bleeding the countries economy...