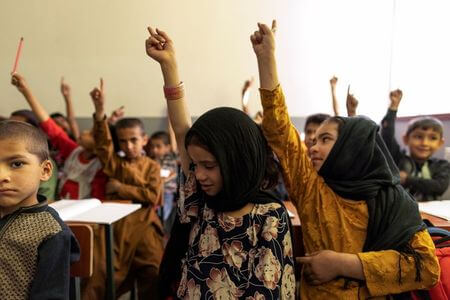 Afghanistan is a paradox, it is a nation but at the same time it is not a nation. It comprises many ethnically different tribal groups who speak different languages and dialects, have fierce tribal loyalty, customs and traditions. Pashto and Dari are the most commonly used languages. Known as the ‘graveyard of empires’ it has never been subjugated by any external power with the sole exception of its conquest by the Sikh army led by General Hari Singh Nalwa during Maharaja Ranjit Singh’s reign. In fact, Alexander the Great is recorded to have said that it is ‘easy to march into Afghanistan, but hard to march out of’. Looking at the geo-political dimension, Afghanistan does not have any prominent natural features to base its boundaries.

As a consequence of the ‘Great Game’ played out in Central Asia during the 19th Century, it was carved out as a ‘nation state’ in a region of mountainous wilderness and desert with small fiefdoms ensconced east of the Hindu Kush range and south of the Pamir knot, with the Durand Line forming its eastern boundary. It was designed to create a buffer between the British and Russian Empires. Afghanistan’s finite northern boundary was decided by the Pamir Boundary Commission (1884-86) appointed by the two contending powers. They went to the ludicrous extent of devising the Wakhan corridor, a narrow wedge (15-25 kilometres wide) extending about 350 kilometres eastward to the Chinese boundary, thereby ensuring that the two empires remained non-contiguous.

Afghanistan is a land of ferocious warriors, is landlocked and is located at the crossroads of Central and South Asia and is the gateway to India. The prominent tribes are the Pashtun (most Taliban are Pashtuns), Hazara, Tajik, Uzbek, Aimak, Turkmen, Nuristani, Baloch and a few others.  In a letter to his mother about the fighting in Afghanistan over 2000 years ago Alexander stated that, ‘I am involved in the land of a “Leonine” (lion-like) and brave people, where every foot of the ground is like a wall of steel, confronting my soldier. You have brought only one Alexander into the world, but every mother in this land has brought an Alexander in the world’ (Frank L. Holt).

In 1747, Afghanistan was united by Ahmad Shah the Durrani ruler, who had by 1760 extended his empire up to Delhi. The Emirate of Afghanistan became a kingdom at the end of World War I and the reign of Amanullah Khan commenced in 1926 and lasted for about half a century. His successor Zahir Khan was eventually overthrown in 1973 and Afghanistan became a republic and soon thereafter a socialist state. This provoked a rebellion by the Mujahideen and led to the armed intervention by the Soviet Union in 1979. The Soviets intercession was undertaken on the basis/pretext of honouring the Soviet-Afghanistan Friendship Treaty of 1978.

However, the Soviets were eventually compelled to withdraw after a decade of brutal war fighting resulting in about a million civilian deaths, 90,000 Mujahideen, 18,000 Afghan troops and 14,500 Soviet soldiers, according to well known American historian Alan Taylor. This success of the Mujahideen was largely due to help both, military and financial, received from US through the ISI of Pakistan. And as a matter of fact they were equipped with modern weapons including the hand held anti-aircraft Stinger missiles and trained in camps located in the Afghanistan-Pakistan frontier region.  The defeat of the Soviet led forces of Afghanistan contributed significantly to the collapse of the Soviet Empire in 1991 and the end of the cold war.

The Taliban mushroomed from the chaotic civil war conditions during the end 80s and early 90s after the withdrawal of the Soviet forces and was led by a former Mujahideen leader, Mullah Mohammad Omar. He was able to muster students (Talibs) mostly of Pashtun origin from madrassas in western Pakistan who follow the Deobandi brand of Islam, giving preference to those who fought against the Soviet Union. The current strength of the Taliban is around 70,000 augmented by local militants. It is a conglomerate of militants from different ethnic groups, though mainly Pashtuns.

India’s policy of helping in the reconstruction of Afghanistan and a development-oriented partnership until the recent turn of events and without any military involvement had been hugely appreciated by the people of that country. India has invested over Rs 22,000 crores on various infrastructure projects, most important in my view is the construction of the Parliament building in Afghanistan. Although Pakistan has been supporting the Taliban, Haqqani group and other terrorist groups who have established their writ in Afghanistan, the Taliban do not trust Pakistan and say that ‘on one hand they feed us and on the other they have us killed’. The people of Afghanistan too would in actual fact prefer to deal with India rather than Pakistan.

It was in 2008 when an interesting conversation took place between Dr Henry Kissinger and I at a private dinner in New Delhi. Dr Kissinger began with the question, ‘General, what are your views on the Afghan situation and what should we do?’

‘Briefly, Excellency, as you are aware Afghanistan has historically never been subjugated by any external power. The tribal Chieftains and warlords are very powerful and their writ runs unchallenged. Nothing can be achieved without their support. You have to have them on your side. Having beaten the Russians, the Taliban and Al Qaida have their tails up, but now that you are in the thick of it- don’t quit, as in that case, they will start believing that they have defeated the Americans too, and that they have the world on its knees’, I said.

I dare say that this is exactly what President Biden has accomplished by withdrawing US forces in a disgraceful and disjointed manner, leaving most of their local collaborators and supporters to fend for themselves. Many of them have fled or met a miserable fate- either executed or put into dungeons. The President of Afghanistan Ashraf Ghani and his predecessor Hamid Karzai along with their families and close associates and some important government officials made good their escape to US and other countries just prior to the fall of Kabul to the Taliban.

Taliban 2.0 cannot be said as of now to be much different from the earlier version although they have proclaimed that they would be a moderate and less stringent (sic) Islamic regime, in an attempt to be acceptable to the world. Moreover, the bedrock of their ideology hasn’t changed and therefore prudence demands that we wait and watch whether their actions match their words. At present they are sending mixed signals and have brought in rules restricting the freedom of women to work and of ‘excluding’ the girl child from educational institutions and even sports. Their leaders have committed that Afghanistan will not allow any international or other terrorist groups/individuals to operate from their soil, nor will Afghanistan allow itself to be used as a proxy for any neighbouring state. Further they have stated that they would respect minority rights (importantly Afghan Sikhs and Hindus, even if very few remain presently). Of greater interest to India is that Taliban have stated that they would not get involved in the Indo-Pak ‘bilateral dispute’ on Kashmir.

The answer to the question as to who is calling the shots in Afghanistan today is obscured by a complicated, vague and foggy environment prevailing there. Also, it is not clear as to whether the new regime in Kabul controls all of Afghanistan or not. What is beyond any doubt is the fact that Taliban 2.0 is not a ‘homogenous’ group and there was ample evidence of this during the formation of the new government, with pulls and pressures from two prominent and powerful groups and from external forces too. These groups are Taliban (Pashtun) led by Hibatullah Akhundzada, the Supreme leader, and Abdul Ghani Baradar who is the deputy PM, and the Haqqani group under the leadership of Sirajuddin Haqqani (tightly controlled by the ISI of Pakistan and having ties with Al Qaida). Mullah Mohammad Yakub, the son of Taliban’s founder, Mohammad Omar is the military commander and Abdul Hakim Ishakzai heads the political office and negotiators team in Doha.  Hasan Yaser Malik has in his well researched account ‘Stability in Afghanistan’ precisely summed up that ‘the ethnic division in Afghanistan did not allow any government to implement its policies.’

Taliban 2.0 is desperately looking for recognition and approval of their government by the international community. Their earlier regime was formally recognised only by Pakistan, Saudi Arabia and UAE. According to the IMF spokesperson that there appears to be a ‘lack of clarity within the international community regarding recognition of a government in Afghanistan as a consequence of which the country cannot access SDRs or other IMF resources’. Hence, the Taliban regime would find it extremely difficult to run the government without external financial stimulus. With a GDP of about $ 70 billion and with a negative trade balance of $ 5 billion, resorting to illegal drug trade and mining is a reality. The UN Secretary General has warned that unless helped by the world, an imminent collapse of Afghanistan’s economy is inevitable. With their assets frozen in the US and other countries and aid from international bodies having been put on hold, Afghanistan is also facing a debilitating cash crunch today.

The impact of the swift takeover by Taliban and the overnight disappearance of the Ashraf Ghani government took most countries by surprise.  At this point of time no country is ready to formally recognise the new regime in Afghanistan except Pakistan. Dialogue is taking place at an informal level with many nations including the US, Russia, China, Iran and India wanting to discern the policies of Taliban 2.0.

Every nation is analysing the evolving situation and seeking guarantees to safeguard their national interests. Countries have demanded that Taliban should severe their ties with Al Qaida and other banned terrorist organisations and not to permit Afghanistan to be used as a safe haven for such organisations or individuals, least of all not to allow any such group to launch terrorist attacks on neighbouring countries or allow another 9/11 type of attack on US to happen anywhere in the world.

To earn recognition the Taliban regime would have to demonstrate universally accepted norms of behaviour particularly as far as women and the girl children are concerned. Meanwhile most countries would wait and watch, except perhaps Pakistan and China who have been more closely involved in the installation of the Taliban regime. 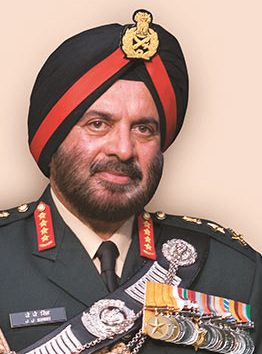