A year of war in Ethiopia batters investors and citizens 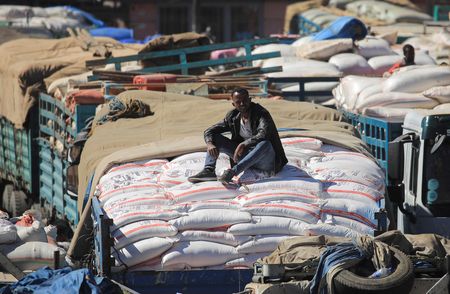 By Maggie Fick and Duncan Miriri

NAIROBI (Reuters) – When Prime Minister Abiy Ahmed took office in 2018, Ethiopia was one of the world’s fastest growing economies. His pledges to open up one of Africa’s last untapped markets thrilled investors.

But a year of war between the government and rebellious forces from the northern Tigray region has damaged government plans to modernise the economy and deterred some foreign investors. Parts of Tigray are in famine, the currency’s value has plummeted and annual inflation has topped 35%. “Ethiopia is uninvestable at the moment,” said Kevin Daly of London-based investment company abrdn. “The political situation is very tenuous, and there is a lack of information and clarity on the economy, and on how things are going to be resolved.”

The economy was on track to grow just 2% this year after consistently topping 10% before the pandemic, the International Monetary Fund (IMF) said in its world economic outlook published in October. It did not include growth projections for 2022 to 2026, citing an “unusually high degree of uncertainty”. Officials in Ethiopia’s finance ministry and the prime minister’s office did not respond to requests for comment. However, State Finance Minister Eyob Tekalign Tolina has accused Western media of exaggerating the war’s impact. The government projects growth of 8.7% for the fiscal year ending in June 2022. “Ethiopia is a very strong country, and we are talking about a conflict in one part of the country, but the rest of the country is thriving,” Eyob told India’s DD TV channel last month.

Not everyone agrees. Fighting ruined harvests in rich agricultural regions, including a swathe of disputed territory claimed by Tigray and neighbouring Amhara, while drought and locust invasions also hit crops. Around 9.4 million people need food aid in three regions affected by the war, according to the United Nations, compared with 4 million before the war. Far from the fighting, inflation is hitting the urban poor in the capital Addis Ababa.

At an open-air market, Legesse Yadataa despaired at the price of teff, a staple grain. A kilogram (2.2 lb) cost nearly 50 Ethiopian birr ($1.04), 25% higher than a year ago. That’s a third of his daily earnings on intermittent construction jobs. “Merchants keep increasing the price because of the war,” he said. “We don’t have enough to eat. Paying rent is getting beyond our means. Life is very difficult.”

The fighting has shuttered many firms operating in Tigray. Authorities have also targeted Ethiopian companies suspected of working with the Tigray People’s Liberation Front, the party that controls most of the region. Frans Van Schaik, chief executive of the New York-based Africa Asset Finance Company, said the firm’s equipment leasing business in Ethiopia lost agricultural equipment worth nearly $1 million in the war. GPS trackers showed Ethio Lease’s tractors moving towards the border with Sudan before losing contact.

Next, the central government took control of the agricultural cooperative leasing the equipment, he said. Their bank accounts were frozen, the board dismantled and caretaker leadership installed unfamiliar with its operations. “It’s a typical casualty of war,” he said.

The conflict has also hurt companies outside the war zone. U.S. apparel giant PVH Corp.. said last month it was closing a manufacturing facility south of Addis Ababa after the United States terminated Ethiopia’s duty-free access to its markets from Jan. 1 over allegations of rights abuses in Tigray. The Ethiopian Investment Commission did not respond to requests for comment.

Ethiopia is one of three African nations that applied for debt restructuring under the G20 Common Framework, designed to provide permanent relief to poorer countries. But progress reworking the external debt has been slow. The government has not disclosed the total amount of debt, which the World Bank last year put at $28.4 billion. Foreign investors had hoped that Abiy’s economic reforms would ease foreign exchange shortages. Instead, they have worsened since war erupted. Ethiopia has reserves of $2.4 billion, government data shows, enough to cover two months of imports – below the three months usually considered adequate.

The war has also hurt Ethiopia’s ability to raise additional funds from capital markets or other creditors, with yields on its $1 billion dollar bond soaring well above 20% in recent months. Anders Faergemann, a London-based emerging markets portfolio manager at PineBridge Investments, which holds the bond maturing in 2024, said a coupon payment was made last week. The payment due was around $32 million.

Ethiopia’s credit rating, however, has slid further into junk territory. “We don’t have certainty about whether the conflict could escalate … and don’t feel comfortable buying Ethiopian debt at current levels,” said Yvette Babb, a fund manager at William Blair in the Netherlands.

Spanish-listed wind turbine maker Siemens Gamesa, which in January agreed to build its first power project with state-run Ethiopian Electric Power, said it was business as usual. The awarding of an operating licence to a consortium led by Kenya’s Safaricom boosted foreign direct investment(FDI) in the second quarter of 2021 to $1.9 billion, from less than $750 million in the first quarter.

FDI will continue to provide a “financial lifeline” to the government, said Heinisch, adding that the government’s need for cash gives investors more bargaining power if other state-owned firms are privatized. 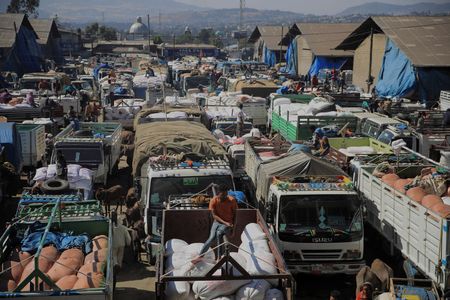 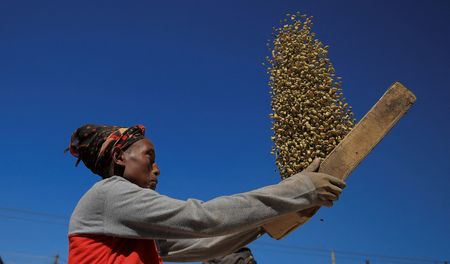 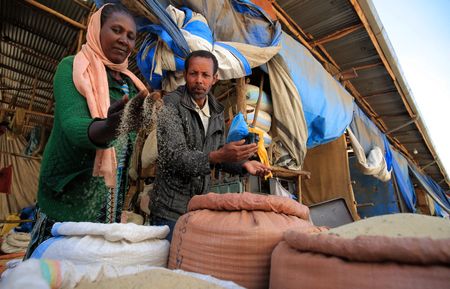 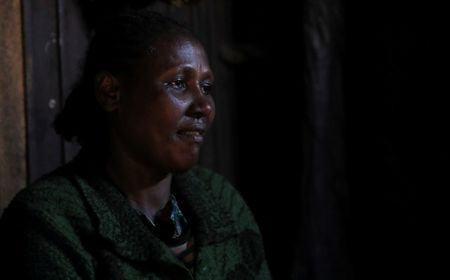