A Russian Scramble for Africa 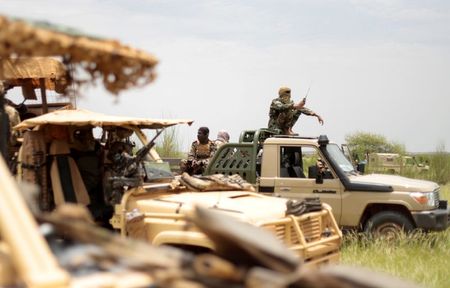 The demise of Ibrahim Boubacar Keïta, the overthrown President of Mali,  on 16 January 2022 brought focus back on the military coup in Mali. The military coup had tried to stabilize the country, but it suffers both from a lack of legitimacy and the jihadi challenge. Consequently, attention is again focused on irregular forces operating in the Malian campaign. These forces are identified as the Wagner Group (WG), a private military contractor of Russian origin.

Reports of a horrid massacre in Aïgbado, a village in Central African Republic (CAR) on 16 January 2022 shocked the region. The involvement of the WG on behalf of the CAR military (FACA) against the villagers and the rebel Union for Peace (UPC) have emerged.

In 2021, the WG reportedly operated in several African countries. These include Mali, the CAR, the Democratic Republic of Congo (DRC) and earlier in Sudan and Mozambique. They have been operating in Libya since 2019. They reportedly have offices in 20 African countries, including South Africa, Eswatini and Botswana.

The WG is, to some analysts, the front for aggressive Russian penetration in Africa. Unlike other partners, including China, Russia does not have a large development program despite the first Russia-Africa Summit held in October 2019. Russia attempts making things difficult for the USA and France who are the main strategic players in Africa. “An array of Western countries are resorting to pressure, intimidation and blackmail of sovereign African governments” and Russia intends to be their saviour. Russia has the advantage of no colonial record in Africa.

The WG is a Russian private military company, founded in 2014, by Yevgeny Prigozhin. Registered in Argentina it has grown from 1000 personnel in 2014 to over 5000 now. It functions as a military contractor for support against terrorist groups, particularly where governments are weak. They are also known to participate in ongoing conflicts.

Initially, the WG group recruited former Russian armed forces personnel, but subsequently diversified and worked with Serbian and other soldiers of fortune.

Its sources of funding are unclear. Sometimes they are paid directly by governments or through alternative channels. They have diversified their collection methods. In Mozambique, they won the contract as the lowest bidder, outbidding Blackhawk led by Dolf Dorfling, a former South African Colonel and OAM led by John Gartner a Rhodesian military expert. Such hardened mercenaries could not match Wagner’s low prices and political access. However, WG was not successful in Mozambique and after casualties, withdrew. Rwandan troops quelled the insurgency there.

Wagner’s military equipment seems treated to Russian supplies, as was seen in Mozambique. The arrival of Russian ships at Nacala port supplemented the WG. Where heavy equipment is required, the concerned country appears to obtain it bilaterally from Russia. The WG appears to have its stocks of smaller weapons.

The diversification of Wagner’s funding became necessary because of US sanctions affecting its leading personnel for their role in Ukraine. To avoid the sanctions, they stopped using banking channels. In different countries they seem paid in kind, like natural resources, oil supplies or easily tradeable gold and diamonds.

It is evident that Wagner’s activities are in congruence with Russian security objectives. They are grey zone operations and, in some cases, African leaders have asked for support from Russia and obtained offers of assistance from Wagner. Since it is a private military company it is a part of the credible deniability of Russian involvement in any activity ascribed to Wagner.

Be that as it may, the presence of Wagner, particularly in African countries, sees strains of Russian influence among them. Russia is not known in Africa as major player in the Putin period. With the end of the extended Cold War in Angola, and Mozambique and the war between Ethiopia and Somalia, the Soviet Union more or less disappeared from the African scene.

In 2019, Russia rejoined the scramble for Africa by holding the Russia-Africa Summit. While China provides immense economic largesse through the BRI and a steady increase in its defence imprint, Russia has stepped in to secure African regimes and provide them security as well as the ability to defend their objectives.

Interestingly, in several of the places in Africa, the Russians are stepping in to fill French shoes. This includes CAR and Mali.

In Timbuktu, Mali, in December 2021, French forces withdrew from their anti-jihadi support role. The WG appeared alongside the Mali Army. Simultaneously a Wagner associated company won mining rights for gold and diamonds in Mali.

What is happening in Mali seems to have been tested in the CAR, almost a failed state. The CAR had French troops between 2013 and 2016 to prevent massacres; the French handed over to UN peacekeepers but the CAR reached out to Russia. Russian forces replaced the French military; most of the Russians were part of the WG. For the first time in Sub-Saharan Africa, Russian military appeared after many decades and today, Russian is taught in the University in Bangui. In the CAR, mining concessions were accorded to Wagner associates to compensate them.

A third such opportunity in the region is brewing in Burkina Faso, after a coup in January. Russia typically provides political capital by preventing Western criticism or action through the UN Security Council. It then directly deals with the troubled country to provide them political and military support. In the last two decades Russia has emerged as the biggest arms exporter to Africa. It accounts for 49% of total arms exports to Africa, according to SIPRI. These include aircraft, missiles, tanks, air defence systems and artillery.

Russia is not undertaking a high-cost entry into Africa. They provide political backing, with the WG providing muscular support. This political opportunism sees small Wagner contingents of efficient fighters dealing with terrorist threats or domestic rebels. They support weak governments who are in the crosshairs of Western criticism.

Through a series of such events, a pattern emerges. Russian influence is slowly expanding. They are supplanting France as the main provider of military support and balance.

In January 2022, the Economic Community of West African States, (ECOWAS) closed their borders with Mali and acted against Burkina Faso and Guinea for unconstitutional changes of government.

Regimes in Mali and Burkina Faso are criticized by ECOWAS. The CAR comes within the Economic Community of Central African States (ECCAS), a weaker organisation unlike the ECOWAS, which takes governance in its region seriously.

Russia is therefore seen as supporting regimes who are in violation of the AU’s guidelines and are often suspended for improper change of governments (Mali, Sudan, Burkina Faso and Guinea). In some of them, the WG also challenges the jihadists, in which case the objectives are similar to those for which the French engaged in recent times. The manner in which authoritarian regimes and mining concessions are dealt with by the WG brings with it a whiff of how Western mercenaries operated in several African countries earlier.

This turning back of the pages of history by using small effective military groups to prop up governments, extract natural resources without a semblance of the values which the Regional Communities and the African Union subscribe to, is a dangerous portent.  Individual countries are pleased with the no-strings, low-cost approach that Russia follows. Therein lies the opportunity that Russia grasps.