A Make-or-Break Month For Pakistan 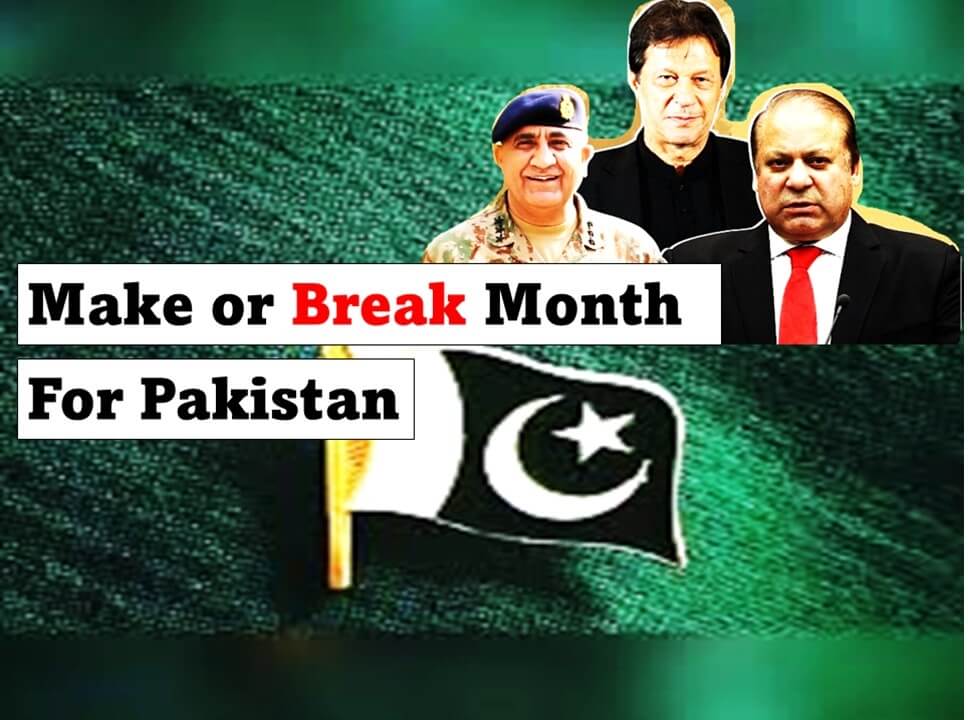 As the world looks at a new world order replacing the old one, many countries are at the brink of a turmoil; one among them is Ukraine in Europe, and the other is Pakistan in Asia. Just as in case of Ukraine, with every passing hour circumstances are transmogrifying themselves unpredictably in Pakistan too. Next few weeks are going to be crucial for this struggling South Asian country.

A pandemonium was created in Pakistan after a report was posted by reputed journalists from Pakistan saying– Gen Qamar Bajwa held an unofficial meeting with the former Prime Minister of Pakistan, Nawaz Sharif, in London few days back. Interestingly, he did not fly to London directly to meet the former Prime Minister; he flew to a middle eastern country first, then Belgium and finally reached London sans his jet, Gulfstream G450.  He definitely did not want this meeting to make headlines.

Pakistan’s Chief of Army Staff (COAS) General Qamar Javed Bajwa was on an official visit to Belgium on 18 February 2022, to meet the European External Action Services (EEAS) Secretary General Stefano Sannio and EU Military Committee Chairman General Claudio Graziano. But after the meeting in Belgium, Gen Bajwa ostensibly made an unofficial trip to London.  But this is not an unexpected event since as early as November, Indian media houses had reported that Gen Bajwa has been sending missives to Nawaz Sharif to allay his present headache aka Imran Khan.

So, is it his extension that’s worrying Gen Bajwa?

In the month of January, during a press conference when Imran Khan was asked if he has decided on Gen Qamar Bajwa’s next extension, Mr PM casually replied—that can wait. Gen Qamar Bajwa will retire in November 2022, but he seems to be in a mood to create a few changes in the government before the winters arrive. Retirement could be one reason; another could be the Suisse secrets that has put him on tenterhooks.

According to NYT this is a leak from one of the world’s most iconic banks, Credit Suisse, which exposes myriads of heads of state, intelligence officials, sanctioned businessmen and human rights abusers, among many others who stashed away millions of dollars into the bank.  The bubble map below shows elite Pakistanis were heavily relying on this bank to safeguard their money. 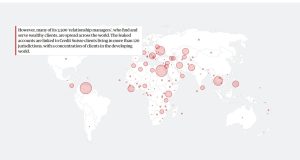 There’s not an iota of doubt that Gen Bajwa wants a safe exit when he retires, and ergo his present maneuvers are his way of ensuring he doesn’t land in a quagmire when he has no power.

Generals of Pakistan, be it Musharraf or Gen Zia Ul Haq, all of them had their hands in the cookie jar of corruption. The Suisse leaks reinforces the belief with the fact that Gen Zia-ul-Haq’s intelligence chief Gen Akhtar Abdur Rahman Khan was neck deep in corruption too. According to NYT –“As the head of the Pakistani intelligence agency, Gen Akhtar Abdur Rahman Khan helped funnel billions of dollars in cash and other aid from the US and other countries to the mujahedeen in Afghanistan to support their fight against the Soviet Union,”.

Trivia: Gen Akhtar Abdur Rahman Khan and Gen Zia Ul Haq died together in a plane crash in 1988, which many suspect was a sabotage.

Aligning with the tradition of the Generals of Pakistan’s Army, Gen Bajwa too may have ensured a bank balance with a “girth” as big as that of his predecessors.

Will supporting Nawaz Sharif or his party’s return to power ensure that the dissidents within Pak Army and Pak Govt will turn a blind eye to Gen Bajwa’s deeds?

We will know the answer in a month.

Since the day he has been elected Kaptaan, Imran Khan, has earned the sobriquet — Puppet Prime Minister. At every stage of his governance, he has tried to get rid of this name. But his condescending attitude towards others has only made the matters worse for him. At least twice in his speeches towards the end of 2021 Imran Khan had cited that Prophet Omar had fired his Army Chief, without any context whatsoever. Was he hinting at Gen Qamar Bajwa?

Meanwhile the military establishment believes PM is the man behind the sour relations Pakistan now shares with US and Saudi Arabia.

After being elected the PM, he has turned many old-time friends into foes due to his excessive use of power. One example is Mohsin Baig, Imran Khan’s friend turned foe, who was earlier Imran Khan’s advisor.

Mohsin Baig was recently arrested and tortured by FIA (Federal Investigation Agency) and is now being tried in terrorist court for– one, “character assassinating” Imran Khan’s minister Murad Saeed. Two, for firing at a cop of FIA who had gone to raid Baig’s house. It’s a completely different story that Imran Khan’s former wife Ms Reham Khan in her book had very clearly suggested that Imran Khan and Murad Saeed are in a relation which is definitely not platonic. 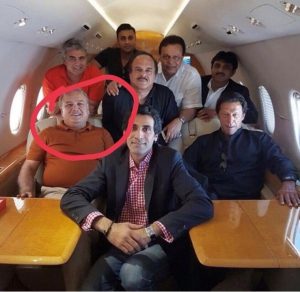 Mohsin Baig with his gun, moments before he was arrested

Baig’s arrest sent out a shock wave among the journalists in Pakistan. But Imran khan has given the media and populace one more reason to be worried about—PECA.

Imran Khan’s government has promulgated an ordinance to amend the Prevention of Electronic Crimes Act, 2016 (PECA). Under this, any social media user who posts “fake news” can be incarcerated for up to 5 years. As expected, Imran Khan is facing a backlash for bringing about this “draconian cybercrime law”.

Imran Khan’s desperation to cling on to the chair of PM is evident; he has decided to quell every voice that is raised against him. Sensing the threat, they face; the opposition are now jettisoning to oust him. So, they are reading themselves to move a No-Trust motion against Imran Khan in coming few weeks.

Imran Khan has been downplaying the no confidence motion too as according to rumors Nawaz Sharif will replace him as the PM. This is not possible as Supreme Court of Pakistan had disqualified Nawaz Sharif from being a member of Parliament again, putting a lifetime disqualification on him in 2018, and ruling him not to be “sadiq and ameen” (truthful and trustworthy). But now a petition has been filed against this ruling. The impeccable timing of this petition is what makes others wonder—if Imran Khan is really running out of time?

But latest of Imran Khan’s trouble is at home. On 22 February, an FIR was lodged against his stepson for being in possession of liquor in Lahore. 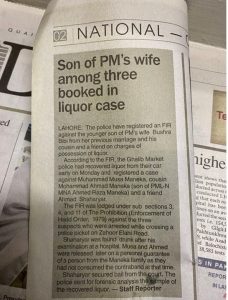 A Paper clip posted by a Pakistani Netizen

Only sporadically have such arrests happened in Pakistan when an immediate family member of a Pakistan’s ruling party has been arrested. It augurs ill for Imran Khan!

But for a few days the news of his visit to Russia might save him from brick bats as he was the first Pakistani premier to visit Russia in the last 23 years after former PM Nawaz Sharif, who had travelled to Moscow in 1999. Just that the timing of this invitation was so bad that the news did not get any attention when compared to Ukraine’s crisis.

With Imran Khan facing troubled political waters and Gen Bajwa and Pakistan’s Army facing internal dissent as well as external attacks by rebels, causing heavy casualties on almost weekly basis, Pakistan is headed for uncertain times. Next few weeks will be very significant– and this doesn’t need a “Nostradamus’s certification.

Apr 01, 2022
That's not it. What's happening is that Bajwa wants a reset of relationships with the western world and for that Imran has to be removed because of his constant anti American rants. Bajwa and Imran disagree on Kashmir. Imran wanted to ramp up militancy in Kashmir to the maximum after article 370 removal while Bajwa reigned in jihadis. Similarly Imran wanted to use Afghanistan as strategic depth against India while Bajwa believes the jihadi extremist blowback will be bad for Pakistan. Bajwa is a dove not a hawk. India should hurry up and take back PoK. Modi already surrendered farmers laws, dissapointing.

Mar 20, 2022
Ur article tries to bring many facts together to give it a connections of dots type.. Which utlimately makes reader believe something will happen, speculative so be it. But there r facts backing it. From India perspective Pakistan braking into pieces is bad and as many rogues elements will be let loose. Unless we know to handle that it's better we keep silent. There are ways to handle it with out involving armed forces, one has to find it thas all.

A Make-or-Break Month For Pakistan - The Real Kashmir News

Mar 08, 2022
Maybe so, but that does not mean Pakistan's military is less of a threat to India; it is more of a threat. Pakistani military brass has no skin in the game; their losses do not matter to them but gains go directly to their pockets. I am hoping India remains fully unresponsive to Pakistan. Because we engage them, they have gotten used to making demands (turn Islamic, disintegrated, give us Pakistan, trade with us and not trade with us, do it on our terms). Ignoring Pakistan is necessary; recognizing the Pakistani military as an existential threat to India is an imperative. Predicting their demise as the result of self-destruction is hoping for too much; the focus of India (and our foreign policy) must be singularly on the destruction of Pakistani military (which owns the country). In no small part, the vast army of apologists and supporters who operate in India, want to usher in an Islamic state right here, and give up everything we have so they can burnish their personal credentials - are a threat to Indian democracy as well.

Mar 01, 2022
In-depth research. Kudos to Levina for churning out one exposé after another.