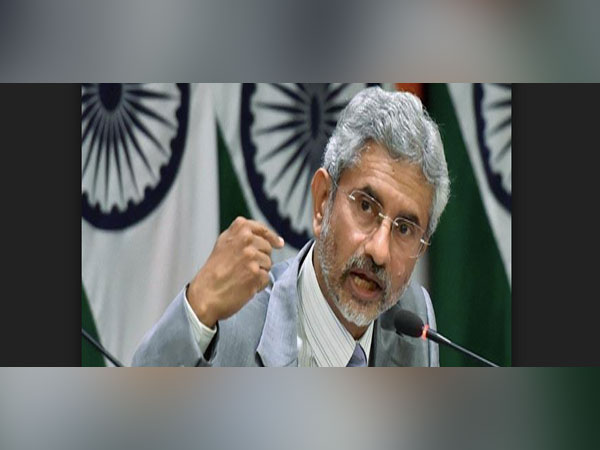 A report authored by eight strategic thinkers, including two former foreign secretaries and hosted on the website of the Centre of Policy Research (CPR), entitled ‘India’s Path to Power: Strategy in a World Adrift’ contains several suggestions for extensive changes in foreign policy in the next decade. The clear signal is that the days of a national consensus on foreign policy are over. But the reasons for change arise not from the fault lines in foreign policy itself, but because of reverberations abroad of the domestic developments.

According to the report, when the second Modi government dealt with some of the unfinished business of a sensitive nature, which were essentially domestic (Article 370, Citizenship issues and farm laws), their external dimensions led to a challenge to its foreign policy. Questions were raised in the west about human rights and the state of democracy in India. The opposition in India began to question the foreign policy postures of the government. The pandemic and the resultant meltdown of the economy and the Chinese incursion into Ladakh added to the woes of the government.

The cumulative effect of these developments is reflected in the report. “The foundational source of India’s influence in the world is the power of its example. This rests on four pillars, domestic economic growth, social inclusion, political democracy and a broadly liberal constitutional order. If these integral pillars remain strong, there is no stopping India… The most significant change in the last decade or so is that we cannot take for granted the success of India’s development model….But the fundamental sources of India’s development and international influence look increasingly precarious. We must confront this changed outlook fully and frankly. Nourishing the foundations of India’s success requires a conscious political effort, and it is a strategic imperative of the first order.”

The present document, is in the nature of an alternative to the foreign and defence policies of the Modi Government, as some of its tenets are not considered conducive to finding a path to power for India in the post-pandemic world. But some of the eight conclusions reached after the study are quite logical and reasonable, even though the tenor and tone of the paper is one of criticism and need for course correction.

For instance, nobody will dispute the assertion that the next decade will be a decisive decade for India. Similarly, it is reasonable to believe that a period of geopolitical transformation carries risks, but also creates spaces for India to expand its strategic autonomy. It is also obvious that “Atmanirbhar” Bharat should not lead to a high cost low quality economy. India must deploy sufficient military capabilities to make intrusive operations across the borders with China and Pakistan, a high-cost high risk venture by our adversaries.

It goes without saying that the vision of India articulated by the Constitution of India must remain the guide post for the country’s trajectory towards great power status. It is also important that democratic values are reflected in inclusive policies. The optimism in the report that India can leverage our partnership with the US, Europe and Japan and our own strengths in order to not only match but surpass China will be shared by all without dispute.

The first term of the Modi Government was remarkable for its innovative, bold and assertive foreign policy, which received general approbation at home and abroad. PM Modi led from the front and took the credit for overcoming the hesitations of history. He clearly laid out his priorities and pursued them with vigor. After his unconventional peace initiatives with Pakistan failed, he took a firm stand and gained popularity at home. His wish to have close relations with the other neighbors did not materialize, but his helpful attitude to them even in difficult situations averted any crisis. He brought a new symphony into India-US relations and engaged China continuously to find a new equation with it. India’s relations with Israel and the Arab countries became productive. Mr Modi’s enhanced majority in the second term was partly on account of his foreign policy successes. Even demonetization and GST controversies did not stand in his way.

In the circumstances, the harsh criticism of the second Modi government on account of its internal policies when the whole world is in a flux seems unjustified. “It is important that we acknowledge the perverse impact of domestic political and ideological factors that are driving our foreign policy… Political polarization and majoritarianism will lead to a diminished India- one that may struggle to meet the challenges and opportunities that lie in the decade ahead,” asserts the report. It also says that the confused international order that followed the global crisis saw an “omnidirectional Indian foreign policy.”

Once the basic premise is set aside, the report has many positive elements, which will help the policy makers to rethink policy. For instance, it has been rightly pointed out that “it would be incorrect and counterproductive for India to turn its back on globalization.” It has also been suggested that SAARC should be revived and that India should re-join RCEP and continue its long- standing quest for membership in the APEC.

The report also stresses the importance of strategic autonomy in the present cloudy and uncertain state of the world where change is the only certainty. As for the India-US-China triangle, the report makes the unusual suggestion that India should have better relations individually with both the US and China than they have with each other.

The report contains detailed analyses on different regions and key countries, but the general thrust is that all is not well with Indian foreign policy and a fundamental change is necessary to meet the present situation. On China, the report concludes that since China will influence India’s external environment politically, economically and infrastructurally, there is no feasible alternative to a combination of engagement and competition with China. The approach of the present government is not very different. There is implicit criticism of the Pakistan policy when the report asserts, “as long as our objectives of policy towards Pakistan are modest, resumption of dialogue and a gradual revival of trade, transport and other links are worth pursuing.”

A considerable part of the report is devoted to issues relating to defence, the nuclear doctrine, space, cyberspace and the ecological crisis. On the looming environmental disaster, the report states that since India is still at an early stage of its modern development trajectory, so is not yet locked into an energy intensive pattern of growth. Much of its infrastructure remains to be built. “There is no great cost of retro-fitting as is the case with industrialized countries or with China. An alternative pathway to high quality growth and development is eminently possible.” In other words, all is not well with the present strategy for environmental protection and economic development.

The report will certainly compel detailed studies in the run up to the next elections and beyond as the time frame suggested for change is the next decade. In the process, many of the wise suggestions in the report may even be accepted. But the accusatory tone of the report may be exploited by the very forces that seek to undermine India’s sovereignty and economic growth.